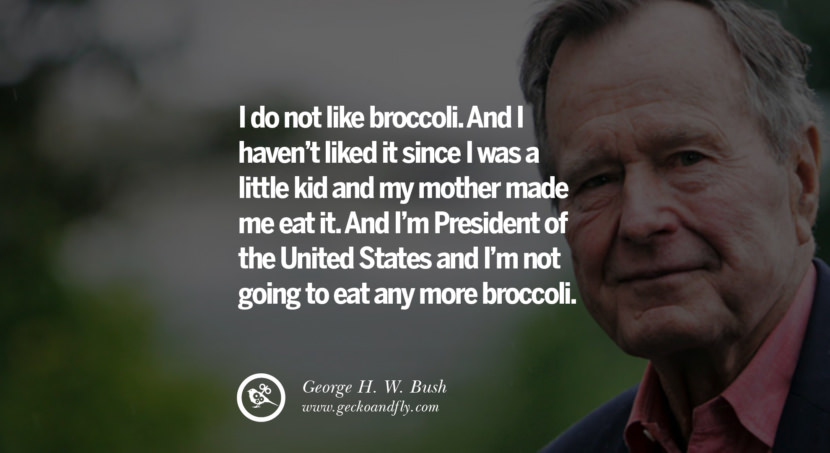 I do not like broccoli. And I haven’t liked it since I was a little kid and my mother made me eat it. And I’m President of the United States and I’m not going to eat any more broccoli. 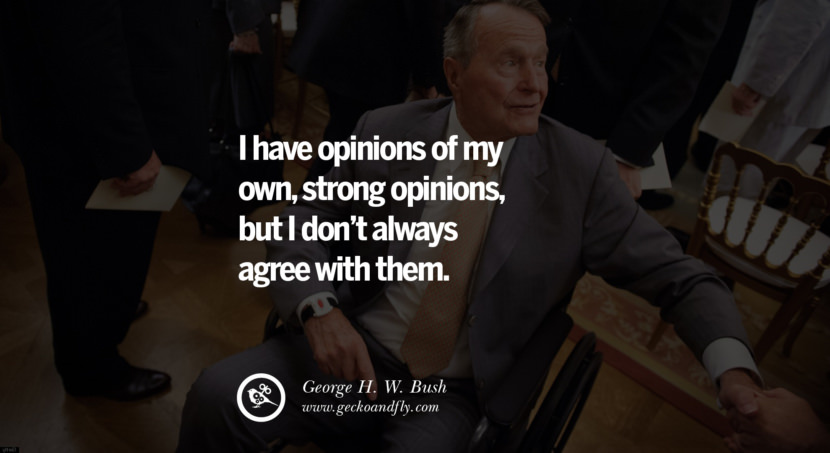 I have opinions of my own, strong opinions, but I don’t always agree with them. 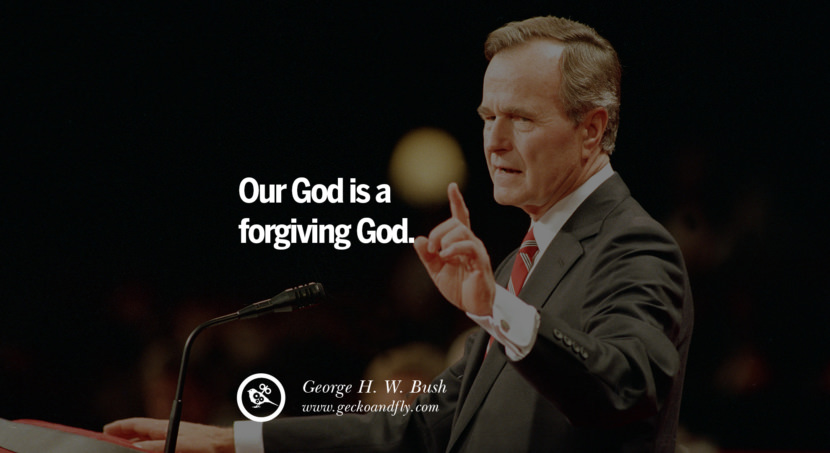 Our God is a forgiving God. 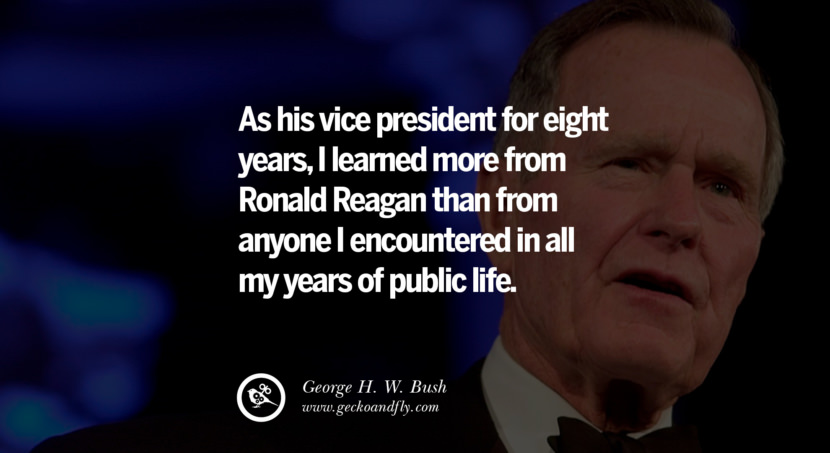 As his vice president for eight years, I learned more from Ronald Reagan than from anyone I encountered in all my years of public life. 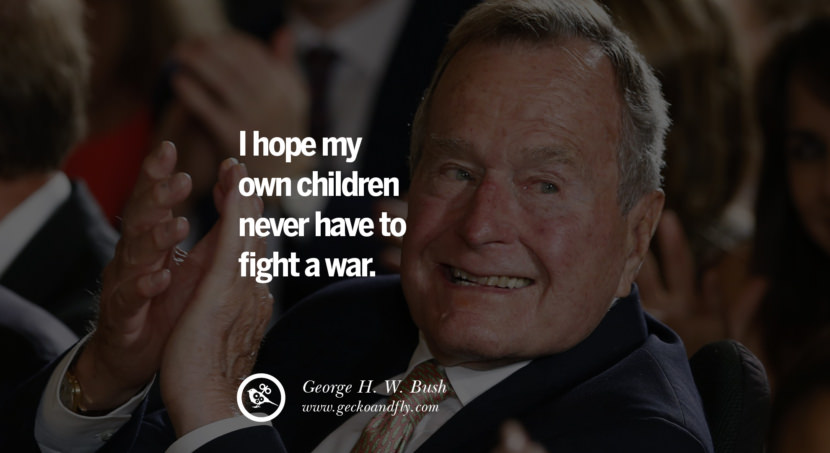 I hope my own children never have to fight a war. 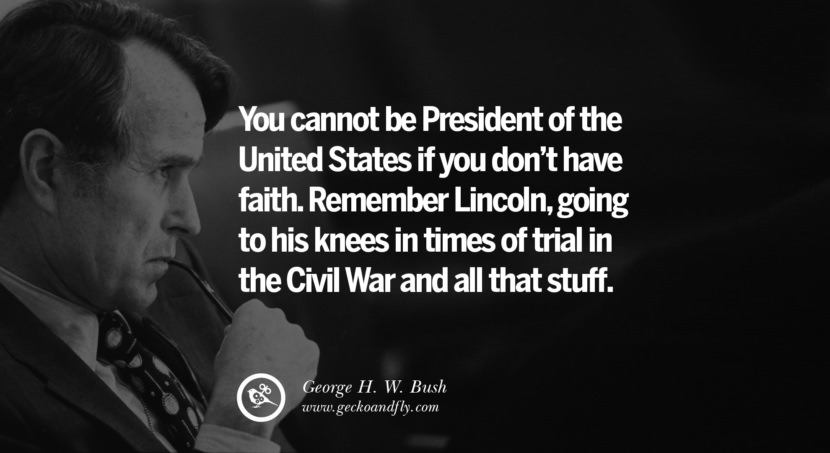 You cannot be President of the United States if you don’t have faith. Remember Lincoln, going to his knees in times of trial in the Civil War and all that stuff. 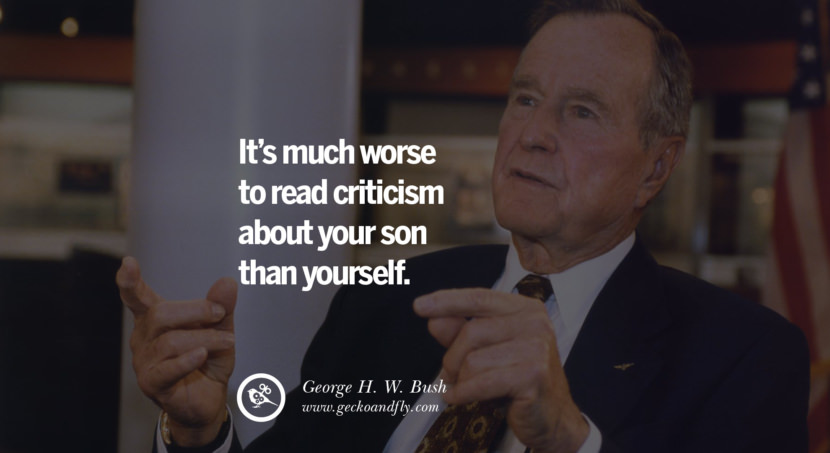 It’s much worse to read criticism about your son than yourself. 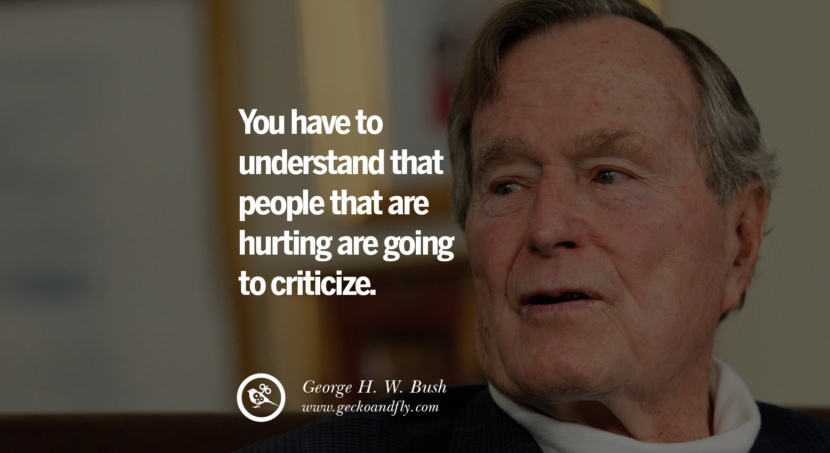 You have to understand that people that are hurting are going to criticize. 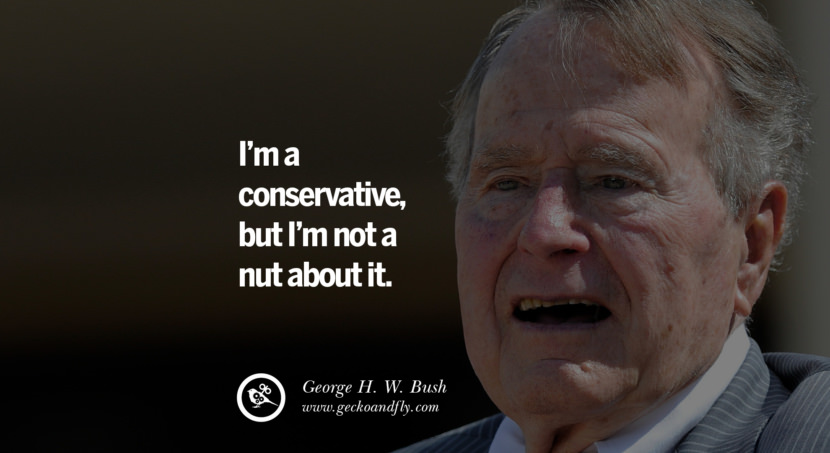 I’m a conservative, but I’m not a nut about it. 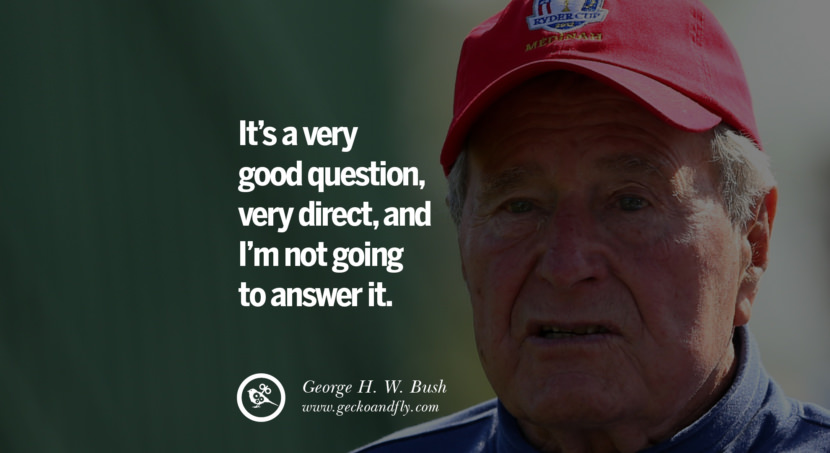 It’s a very good question, very direct, and I’m not going to answer it. 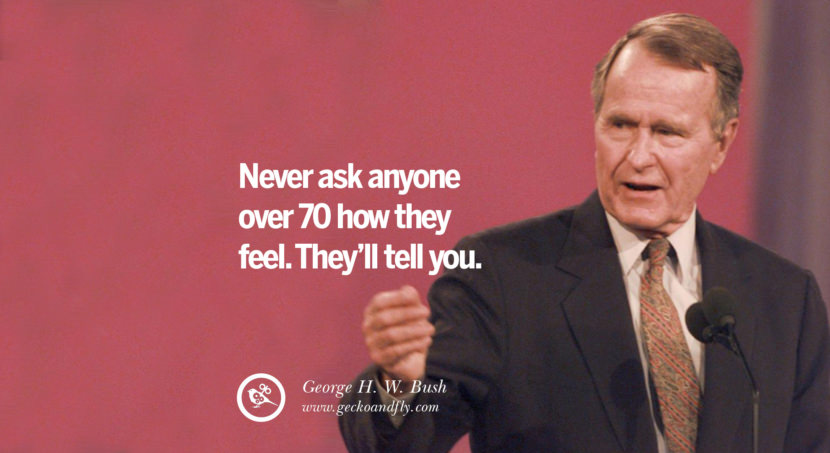 Never ask anyone over 70 how they feel. They’ll tell you. 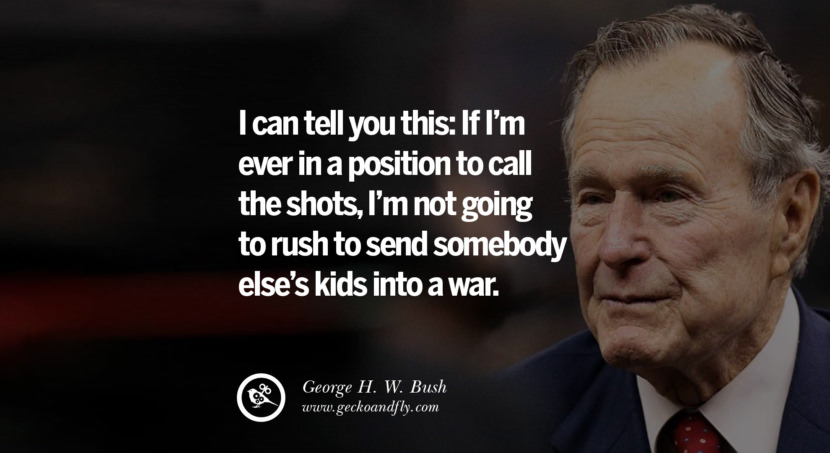 I can tell you this: If I’m ever in a position to call the shots, I’m not going to rush to send somebody else’s kids into a war. 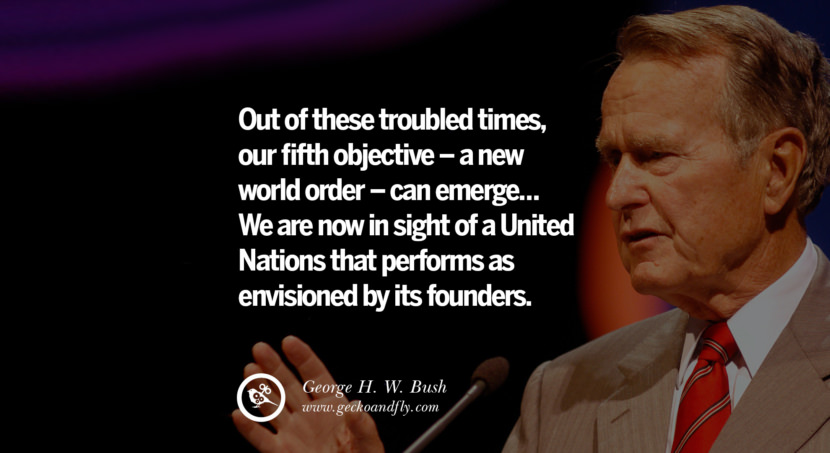 Out of these troubled times, our fifth objective – a new world order – can emerge… We are now in sight of a United Nations that performs as envisioned by its founders.

Depending on how you are shaped mentally, there are some that believes there is a secret society (Freemason, Illuminati, Bilderberg and etc) that governs this world via their proxy – America as their puppet. I for one do not believe in such conspiracy theories, it is hard to digest that there is such a powerful society. If indeed they do exist, why worry about something that you can neither defeat or control?

Secret History of the Freemasons

Furthermore, Masonic doctrine is based on esoteric occult knowledge that is designed to ‘enlighten’ it’s initiates. Essentially, the aim of a Mason is to become ‘born again’ through secret knowledge. This is achieved by becoming a better person through the knowledge imparted to the initiates of Freemasonry as they rise through the degrees or levels of initiation and doctrinal teachings.

Masonic teachings are nothing less than an elaborate counterfeit of the Bible. It is a religion of secularism and has its roots in ancient Babylonian false religion found in the Old Testament of the Bible. It propagates the lie of Satan in the Garden of Eden that man can in fact become a ‘god’ and that this status is attained by eating of the Tree of Knowledge. By contrast, Yahweh (God) teaches in the Bible that the only way that fallen man can be born again (spiritually), is through the redemptive work and person of Jesus Christ. Man does not have the power to ‘save himself’ and needs a redeemer who has the power over sin and death.

One of the aims of Freemasonry is to rebuild the Temple of Solomon in Jerusalem. Lucifer (Satan) has established his counterfeit secular humanistic pagan religion (Freemasonry), to ‘build’ his kingdom on the earth. The Bible teaches that Satan is in fact the Prince of this world but that his power and control over the earth and the people of the earth is temporary. Satan’s plan is ultimately to seat himself in the rebuilt Temple of Solomon in Jerusalem. The false prophet who will be revealed at the end of the age, and just before the return of Jesus Christ, will enthrone himself as God in Jerusalem. For a period of time, the nations of the world will worship him as God.

This is the ultimate deception and insult to the living God (Yahweh). It is also what is described as the Abomination of Desolation in the Book of Daniel in the Bible.
Jesus Christ will eventually return to the earth to establish his eternal rule over the nations, principalities and powers of the earth. The Kingdom of God will be established on the earth and Christ will govern his Kingdom from the New Jerusalem that comes down to earth from Heaven.