Warren Buffet, an American business magnate, investor, and philanthropist. He is widely considered the most successful investor of the 20th century. Probably on par with the Rothschild family, if the conspiracy theory is true and the Rothschild family really owns the Federal Reserve, then Warren Buffet is not on par with them, one notch lower. Without further ado, here is some really good financial advice by the Oracle of Investment on investing, saving, making money and growing your wealth.

Known as the “Oracle of Omaha,” Buffett is one of the most successful investors of all time. His Berkshire Hathaway owns more than 60 companies, including Geico, Duracell and Dairy Queen. The son of a U.S. congressman, he first bought stock at age 11 and first filed taxes at age 13. He has committed to giving more than 99% of his fortune to charity. So far he has given $28.5 billion. With friend Bill Gates, he launched The Giving Pledge, asking billionaires to donate their wealth. 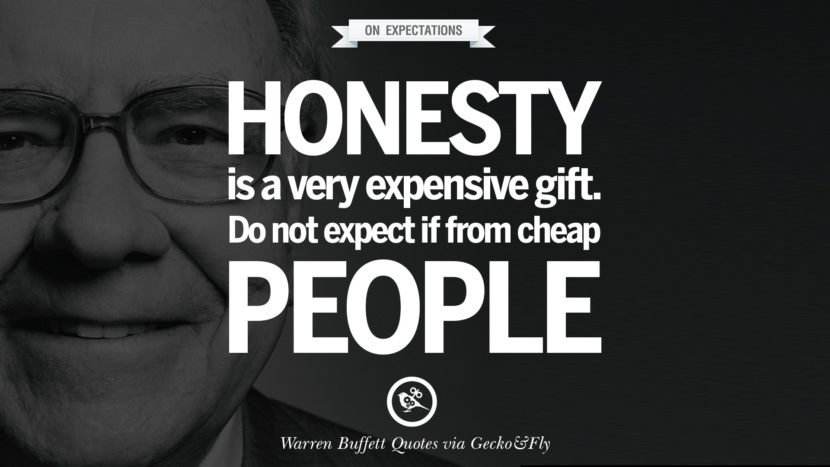 On Expectations – Honesty is a very expensive gift. Do not expect it from cheap people. 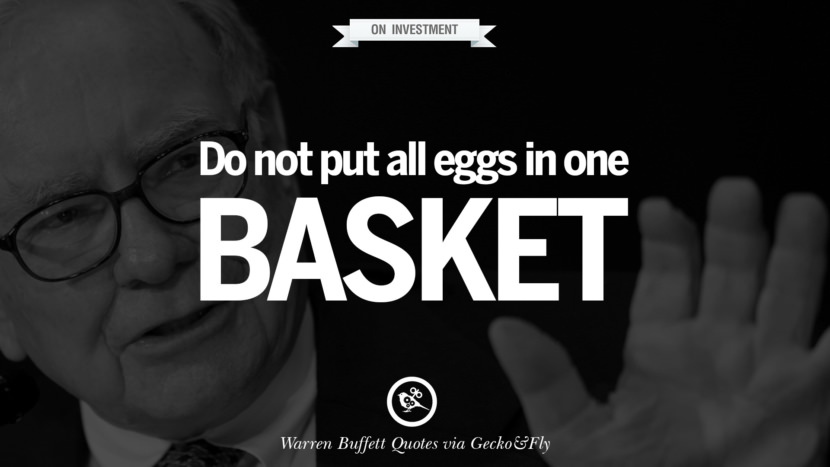 On Investment – Do not put all eggs in one basket. 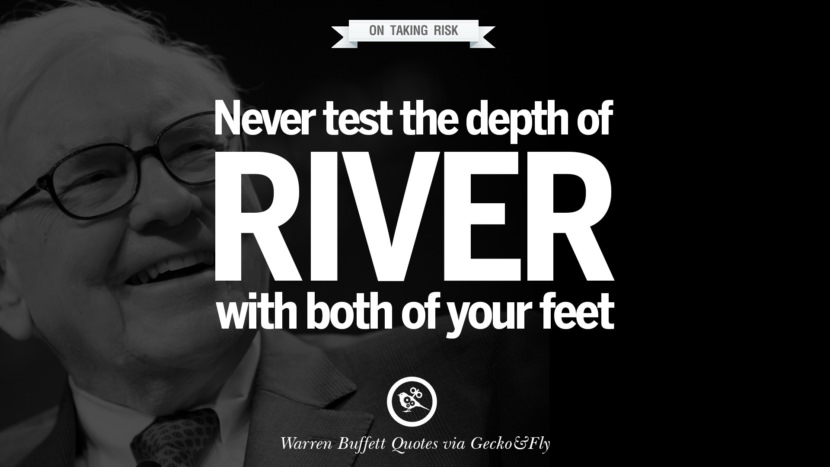 On Taking Risk – Never test the depth of the river with both of your feet. 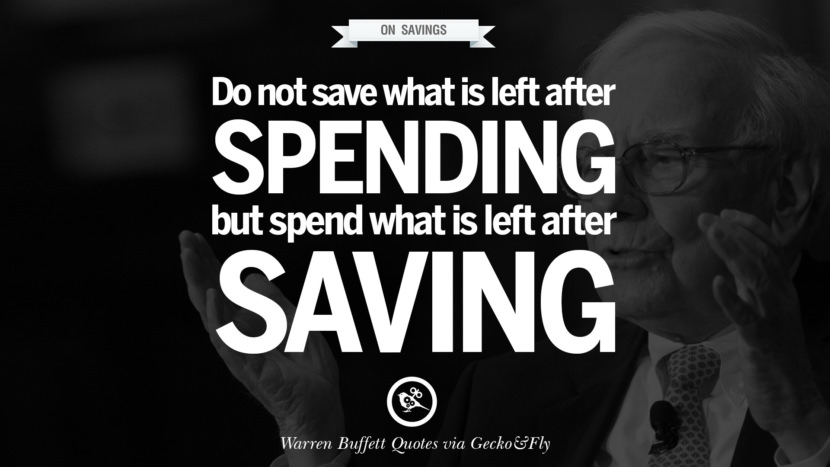 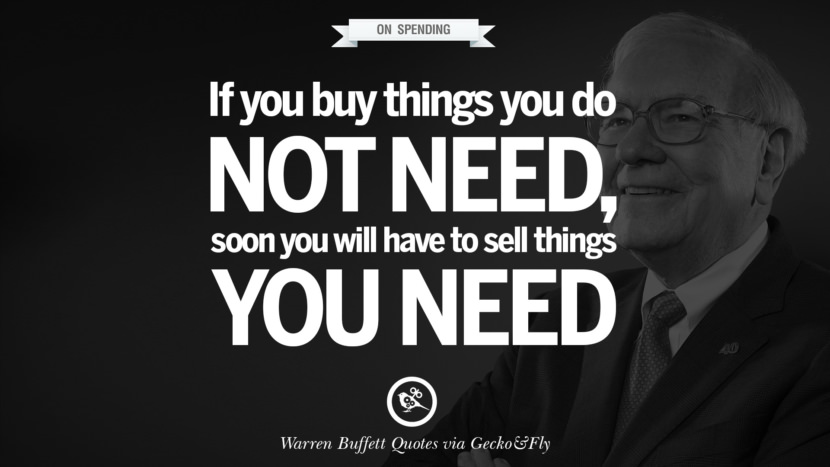 On Spending – If you buy things you don’t need, soon you will have to sell things you need. 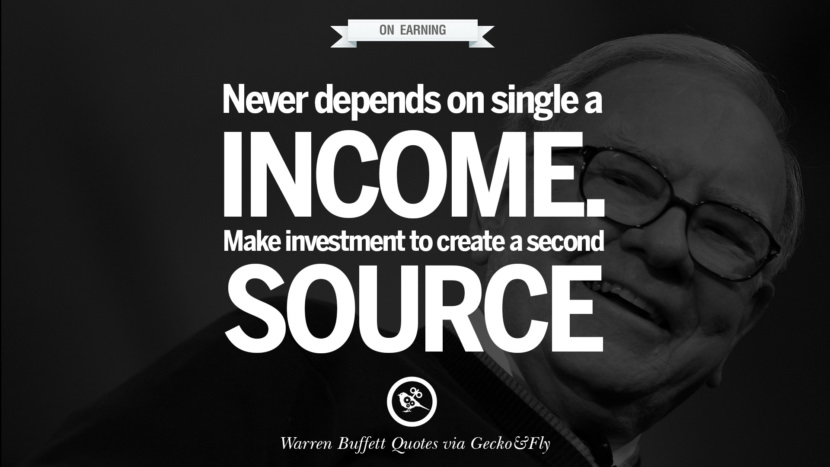 On Earning – Never depend on single income. Make investment to create a second source. 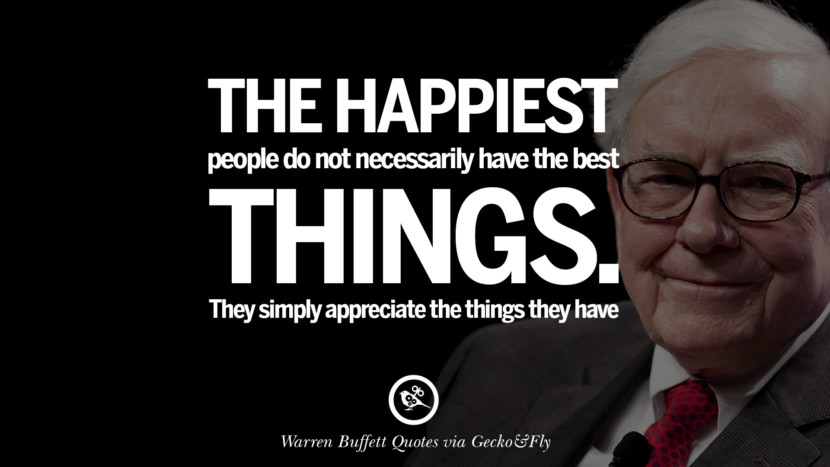 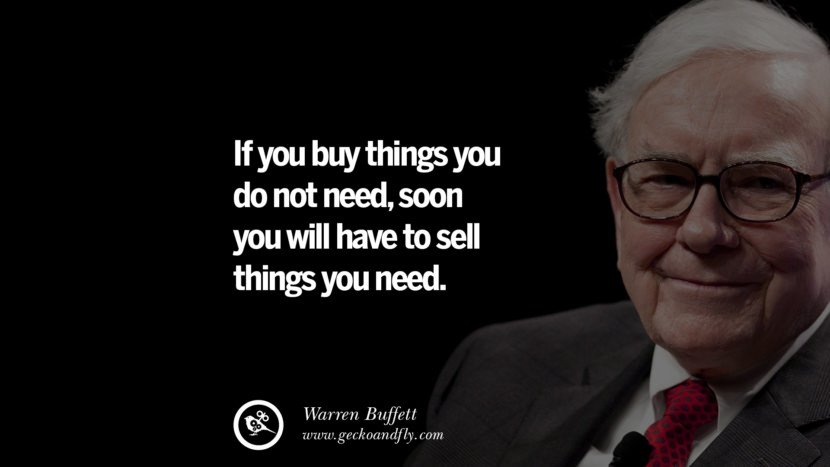 If you buy things you do not need, soon you will have to sell things you need. 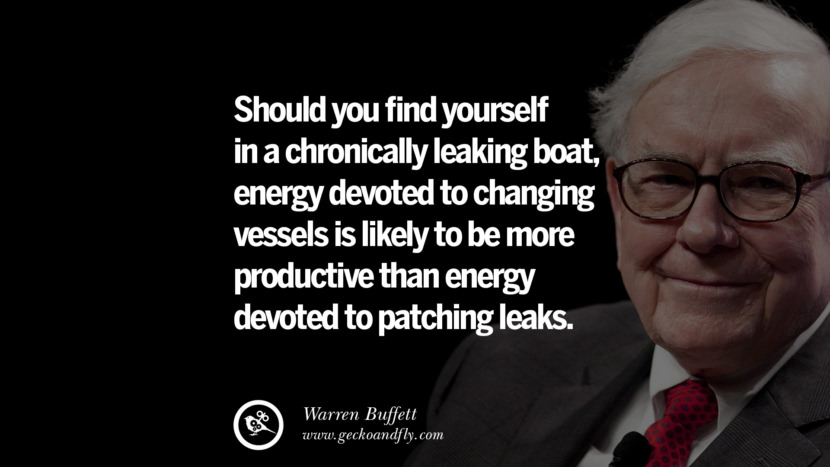 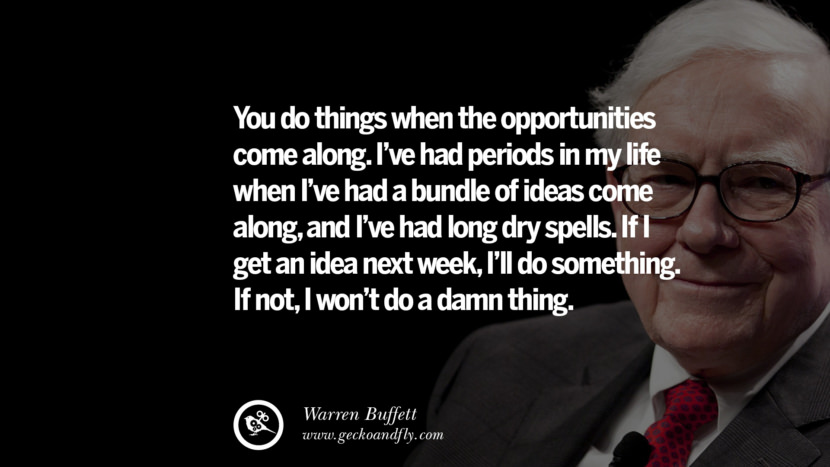 You do things when the opportunities come along. I’ve had periods in my life when I’ve had a bundle of ideas come along, and I’ve had long dry spells. If I get an idea next week, I’ll do something. If not, I won’t do a damn thing. 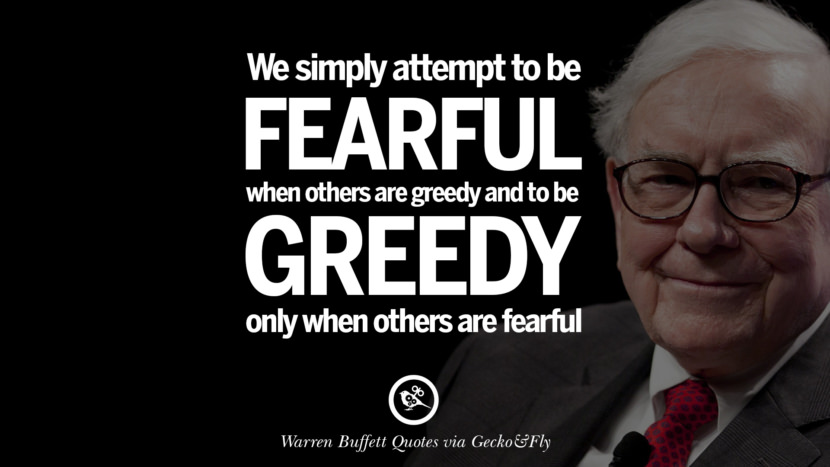 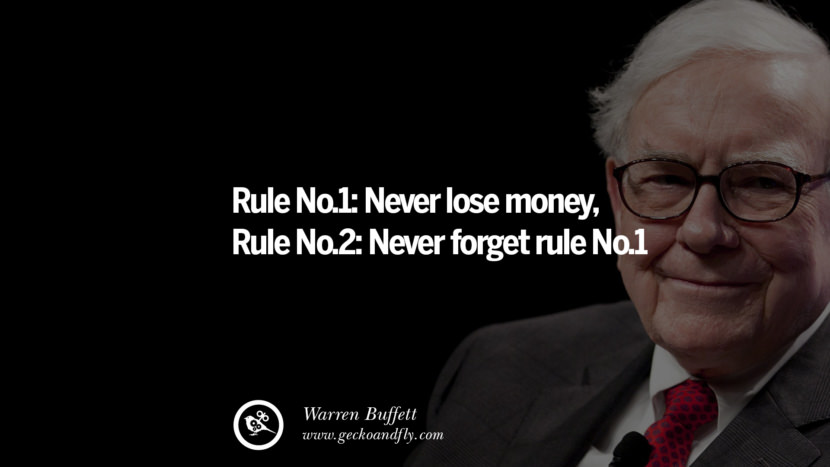 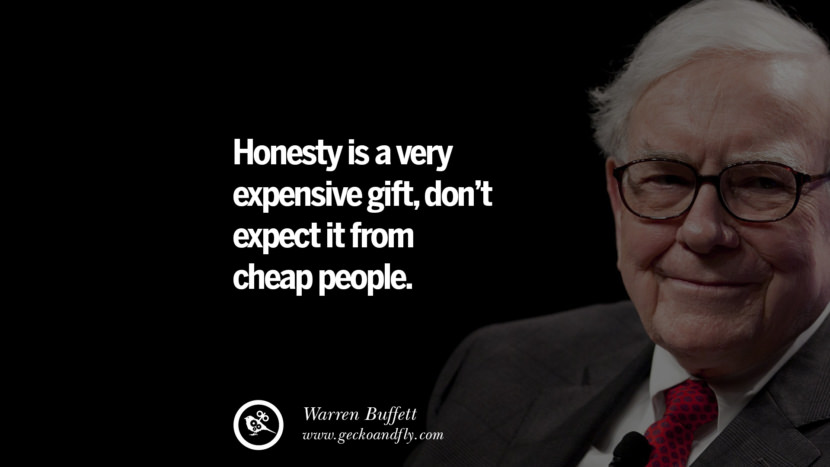 Honesty is a very expensive gift, Don’t expect it from cheap people. 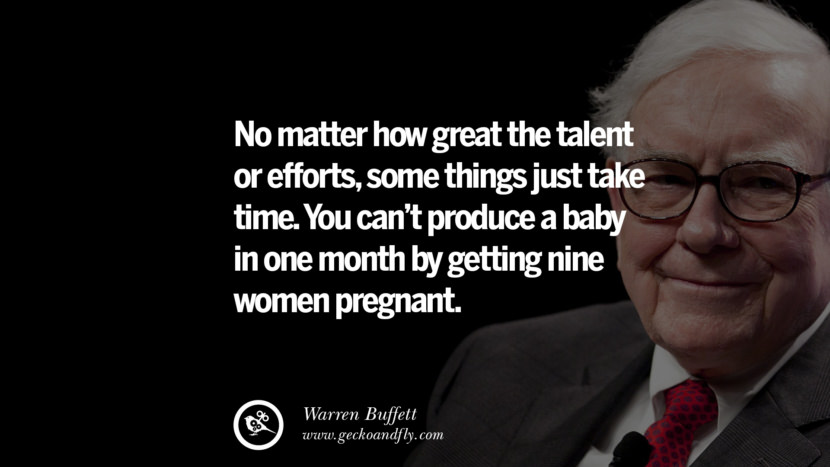 No matter how great the talent or efforts, some things just take time. You can’t produce a baby in one month by getting nine women pregnant. 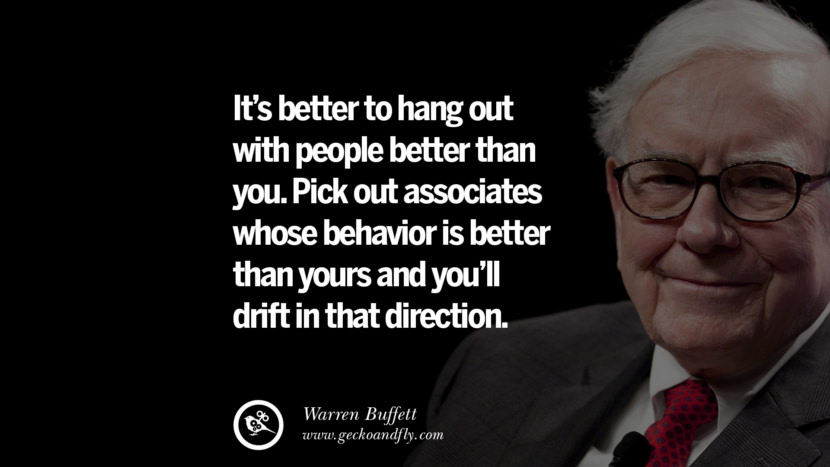 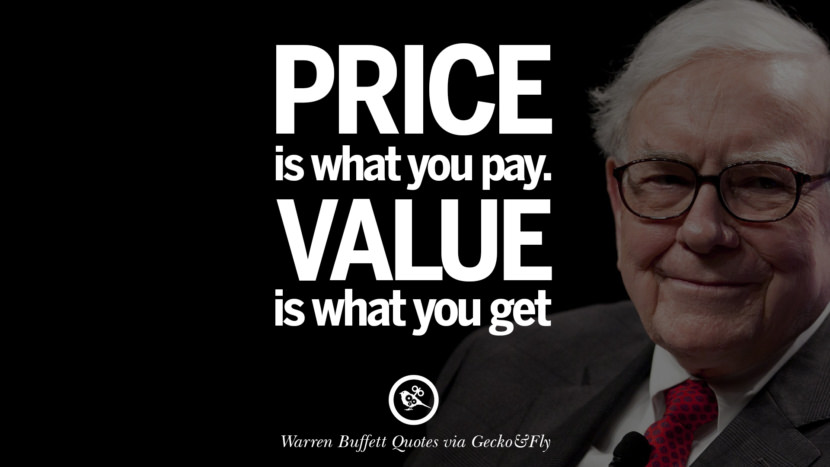 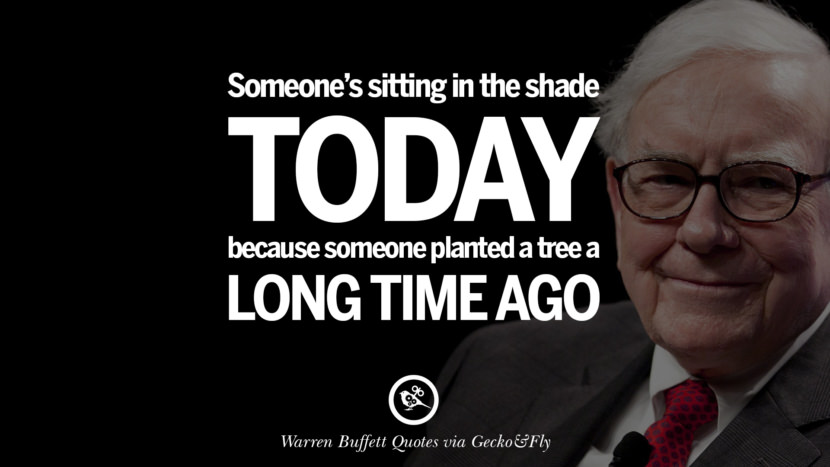 Someone’s sitting in the shade today because someone planted a tree a long time ago. 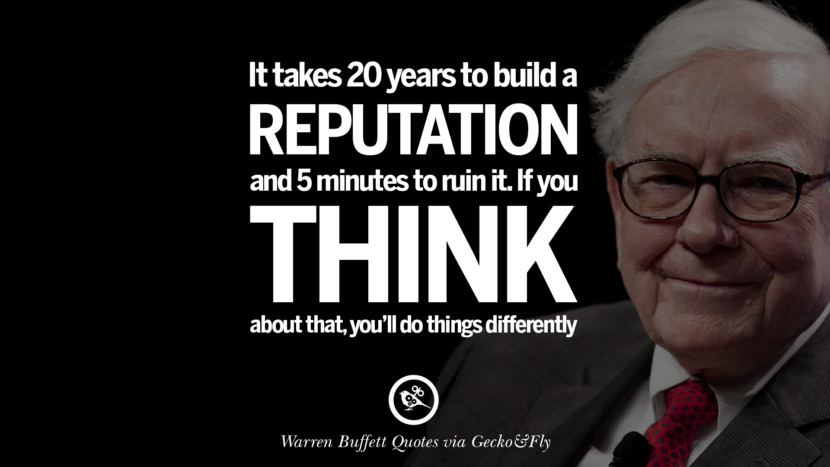 It takes 20 years to build a reputation and five minutes to ruin it. If you think about that, you’ll do things differently. 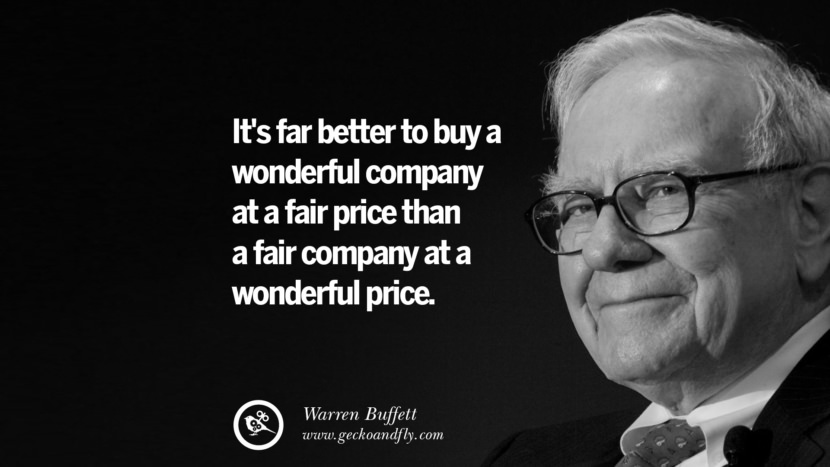 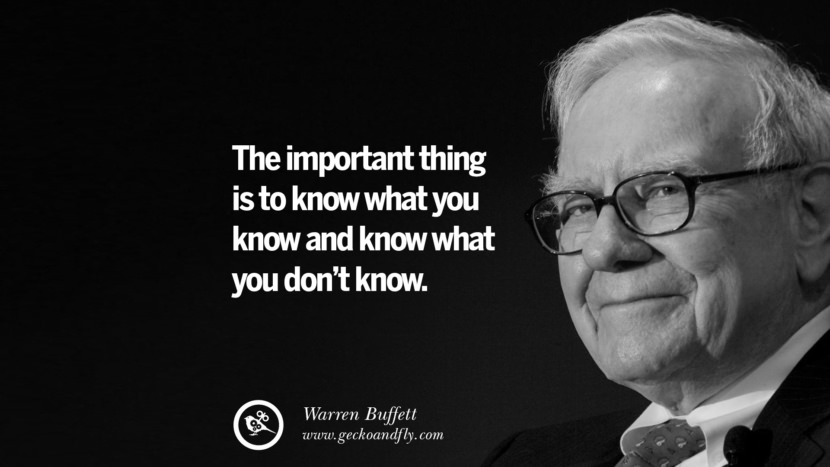 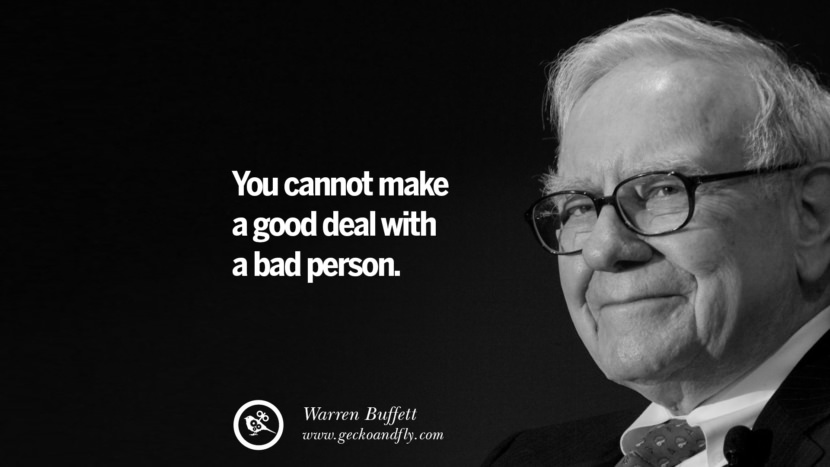 You cannot make a good deal with a bad person. 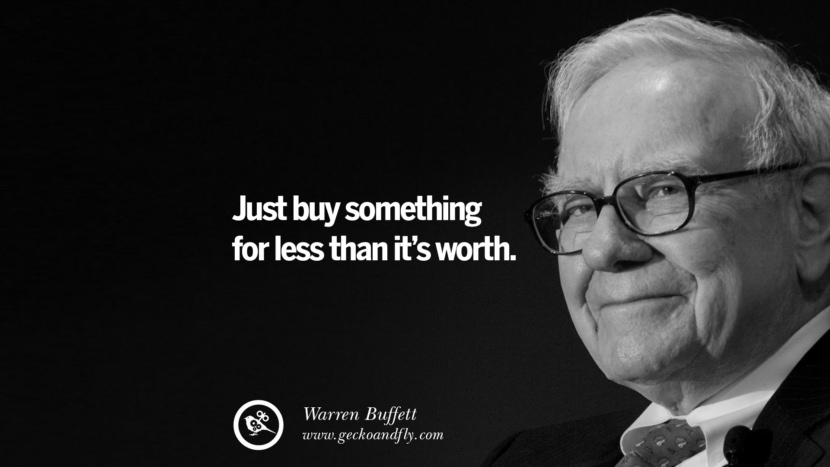 Just buy something for less than it’s worth. 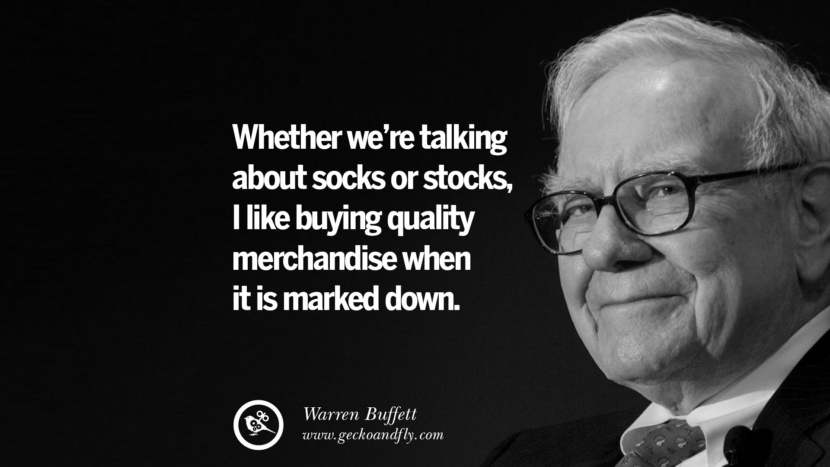 Whether we’re talking about socks or stocks, I like buying quality merchandise when it is marked down. 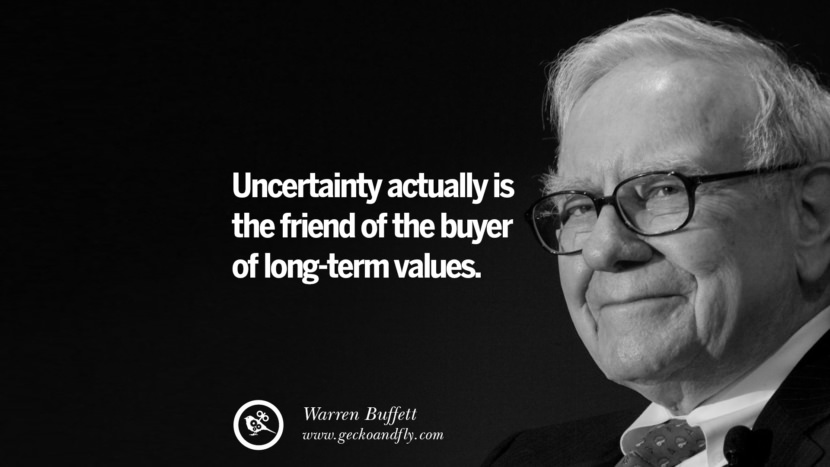 Uncertainty actually is the friend of the buyer of long-term values. 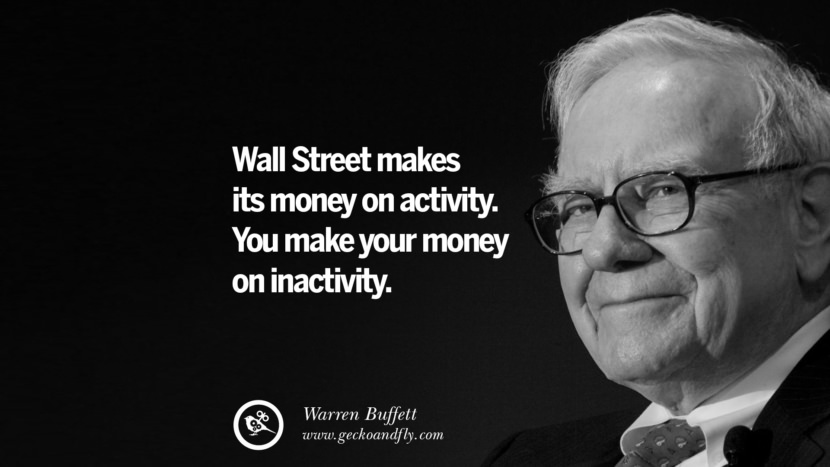 Wall Street makes its money on activity. You make your money on inactivity. 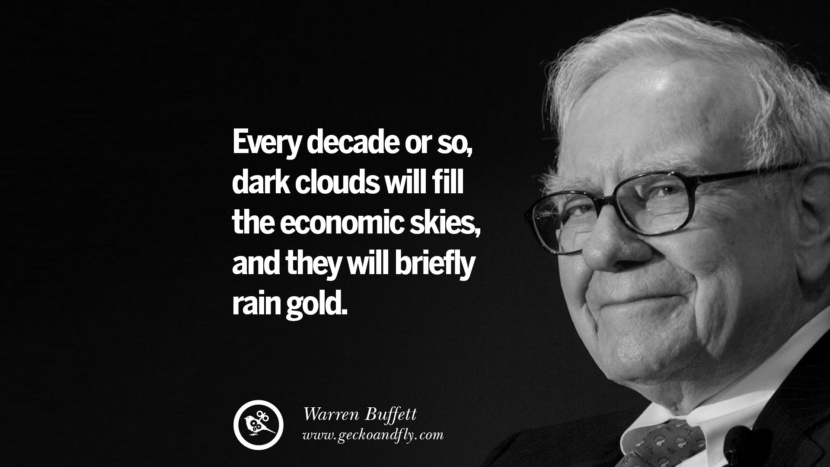 Every decade or so, dark clouds will fill the economic skies, and they will briefly rain gold. 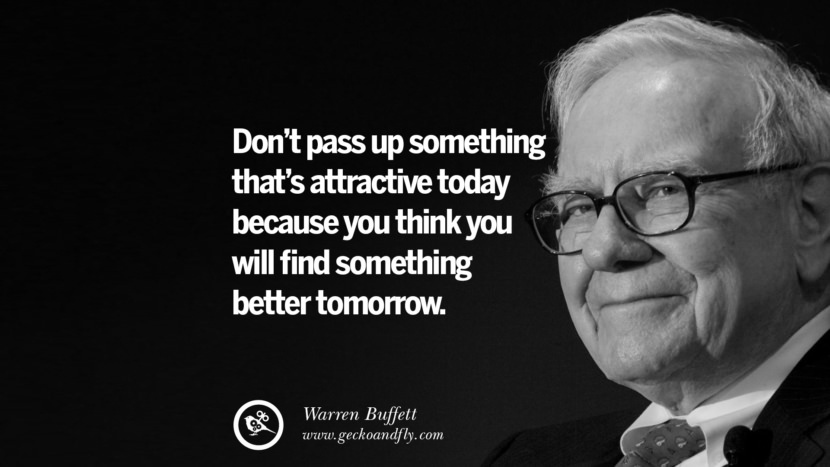 Don’t pass up something that’s attractive today because you think you will find something better tomorrow. 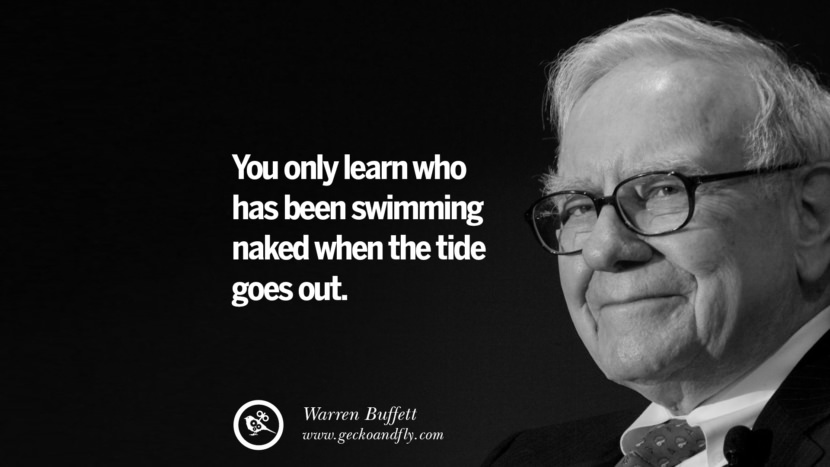 You only learn who has been swimming naked when the tide goes out.