10 Lightest Antivirus On Memory Usage During Idle and Scanning

If you’re looking for an antivirus that is light on memory during idle and scanning, here are the top antivirus that you might find useful for your slow computer. Remember, light doesn’t mean better detection rate, vice verse, heavy on memory usage doesn’t mean it is a good antivirus either. The best antivirus is the one you feel most comfortable in, the one that allows you to play Dota or Diablo without lagging it. Then again, in today’s ample computing world, lagging is mostly due to your broadband internet speed.

For your information, Norton may not be the faster but it is still one of my favorite. With today’s computing power, processing consumption used by most anti-viruses is not an issue. However, if you are on a very old and sluggish system, selecting an antivirus with the least taxing on the system is a must. Below is the complete list of some of the most popular antivirus and its usage on system resources. The table does not include detection rate and features. For those in the dark, some antivirus has a ‘gaming mode’ where it will reduce the resources required when you are playing Dota or Counter Strike.

Do you find this information useful? Remember to share this with your friends on Facebook and twitter. Thanks. Below is a complete list of some of the most popular antivirus and its usage on system resources. The table does not include detection rate and features. The top 5 lowest resource grabbing antiviruses based on my own test are.

Global market share held by the leading Windows antivirus application vendors in January 2014, this includes both free and paid, which explains why Microsoft is dominating the computer security market with their free antivirus. 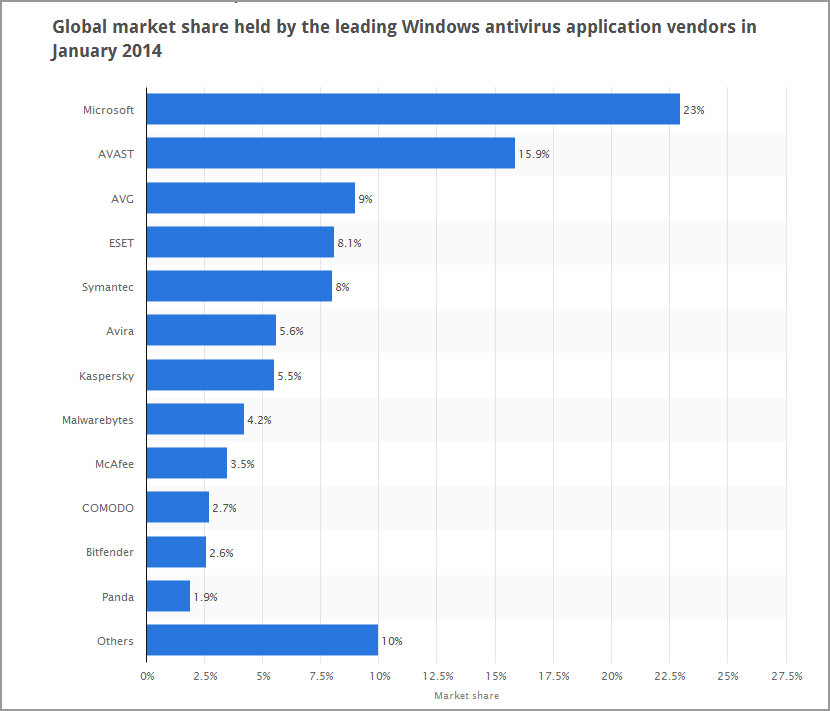 4 Ways To Speed Up Google Chrome And Reduce RAM Usage