This is not a complete list, but merely my very own top 10 quotes by some of the most ruthless and cruel dictators in the world. Undeniably many suffer under their leadership, but what they did or did not do create the world we live in today.

The world will definitely not be the same today without them, for better or worse, nobody knows. For example, if it wasn’t Joseph Stalin that controls the USSR, we’ll be talking about World War 3 now. If it wasn’t for Mao Zedong, there is no guarantee that China will be this big, China could very well be in many smaller ‘pieces’. Love them, hate them, there is a reason why they exist. 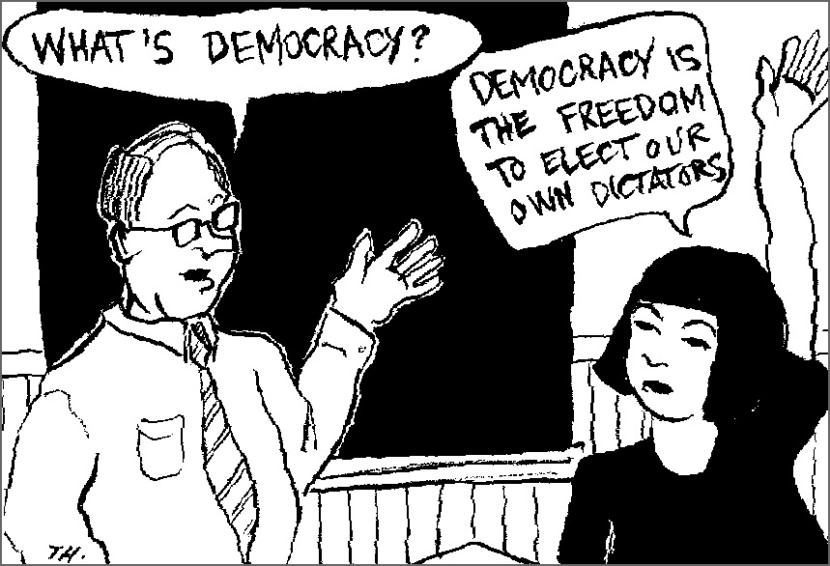 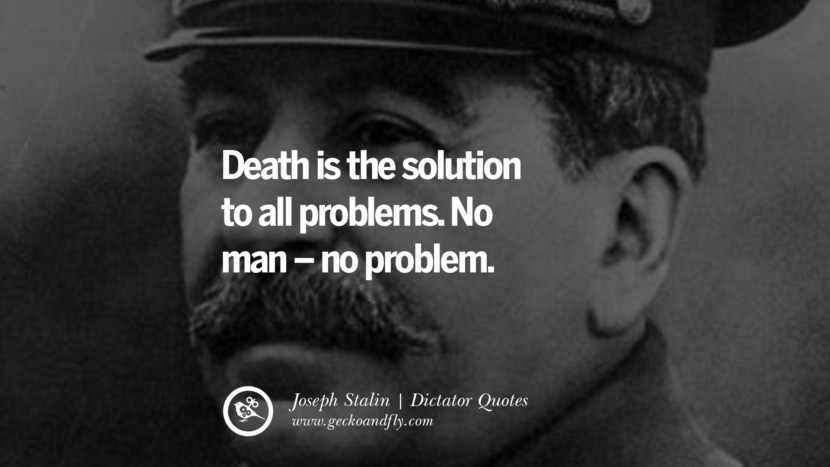 Death is the solution to all problems. No man – no problem. – Joseph Stalin 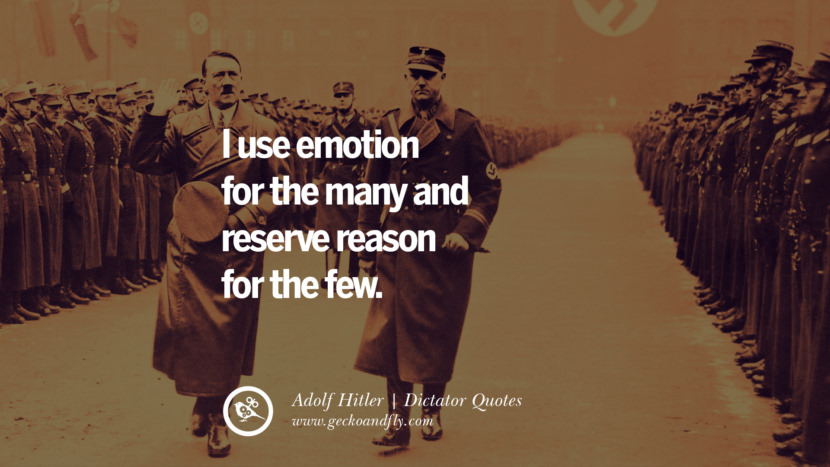 I use emotion for the many and reserve reason for the few. – Adolf Hitler 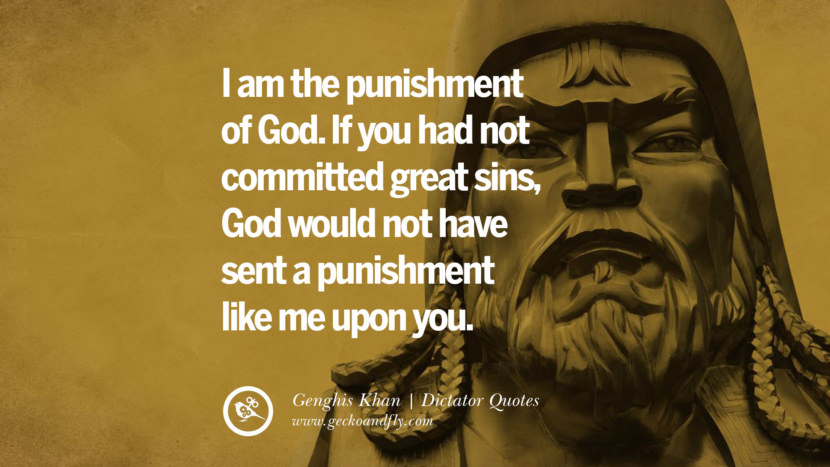 I am the punishment of God… If you had not committed great sins, God would not have sent a punishment like me upon you. – Genghis Khan 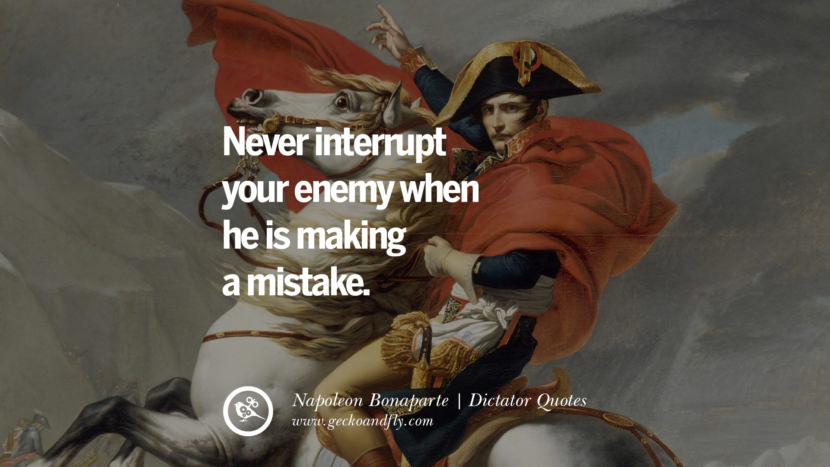 Never interrupt your enemy when he is making a mistake. – Napoleon Bonaparte 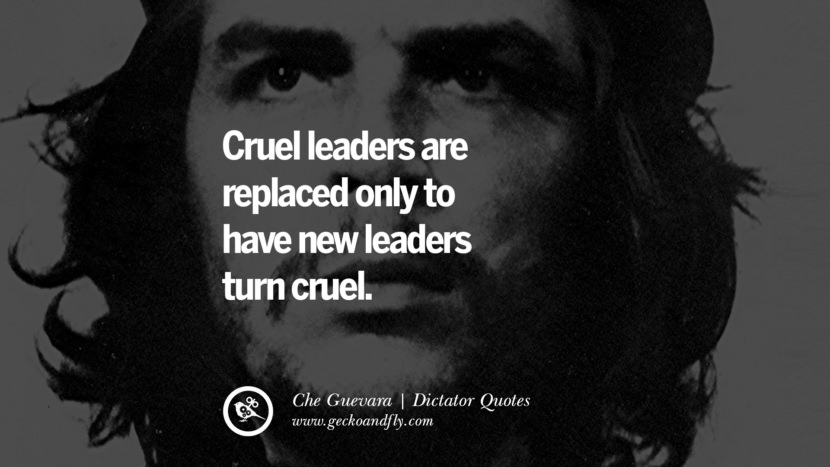 Cruel leaders are replaced only to have new leaders turn cruel. – Che Guevara 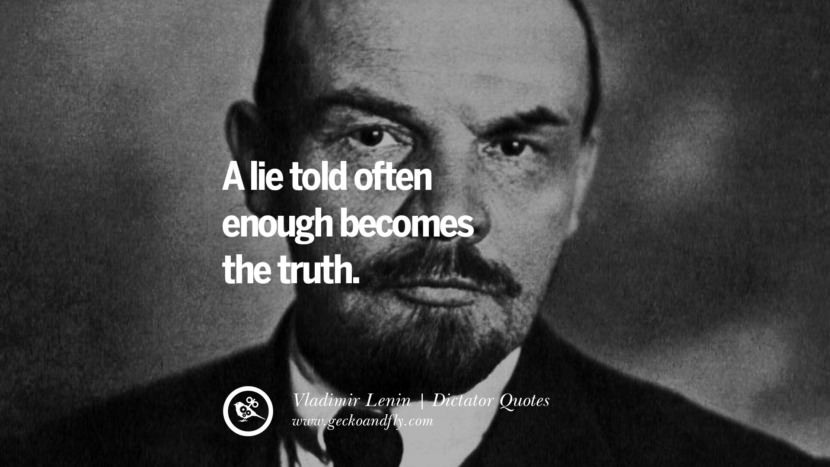 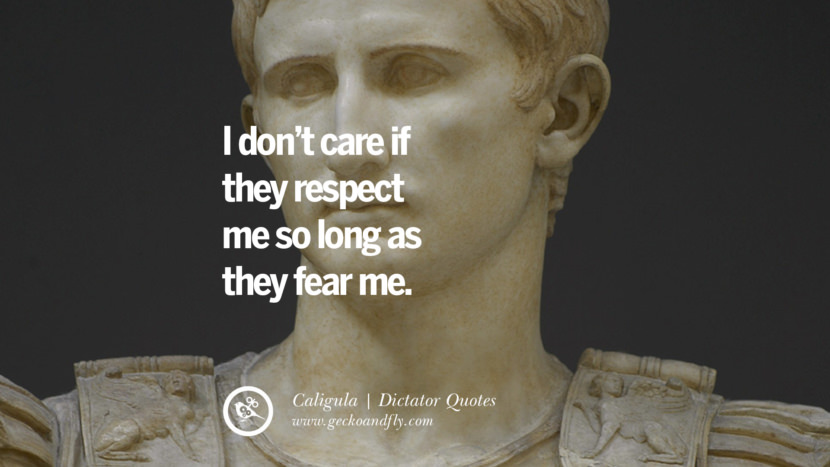 I don’t care if they respect me so long as they fear me. – Caligula 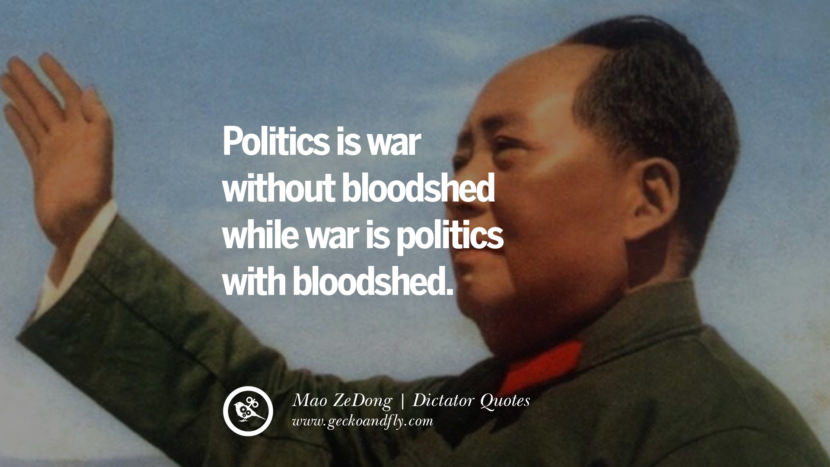 Politics is war without bloodshed while war is politics with bloodshed. – Mao ZeDong 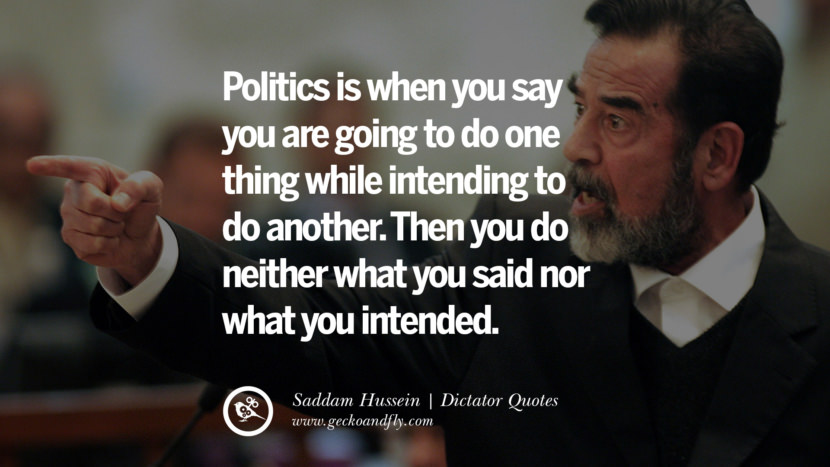 Politics is when you say you are going to do one thing while intending to do another. Then you do neither what you said nor what you intended. – Saddam Hussein 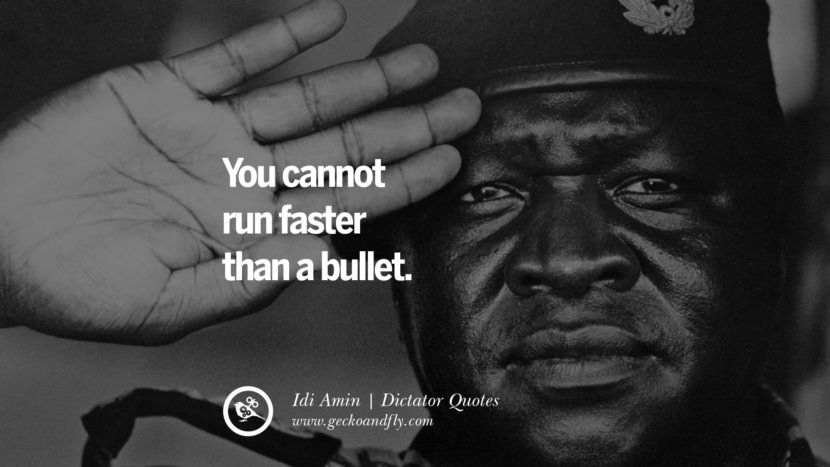 You cannot run faster than a bullet. – Idi Amin