10 Great Quotes On The Global Economic, Current Recession and Depression

What is recession? Just like humans, we breathe in and out, and just like economies, it cycles between growth and recession. Without recession there will be no growth and vice versa. With the coming Recession in 2020, some may see this as misfortune, while others see it as opportunity, which camp are you in?

According to Jim Rogers, recession happens every 4 to 6 years, more often than not they are major corrections but once in a while we will get something as big as the Great Recession of 2008. Experts predict we will be going through another economic downturn cycle in 2015-2016 as shown by the collapse of oil and most commodities prices. 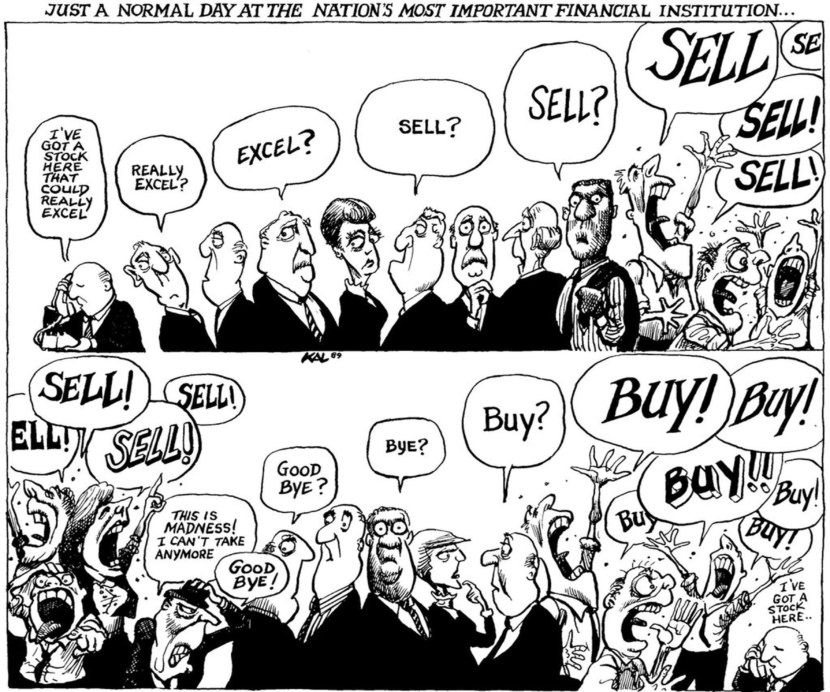 Some people believe recession is a bad thing, but it is actually a healthy economic cycle. When we experience pain somewhere, it is a sign of something is not right thus we must quickly remedy the problem. As for the economy, when there is a recession, the best method is always the most bitter method, just like medicine. 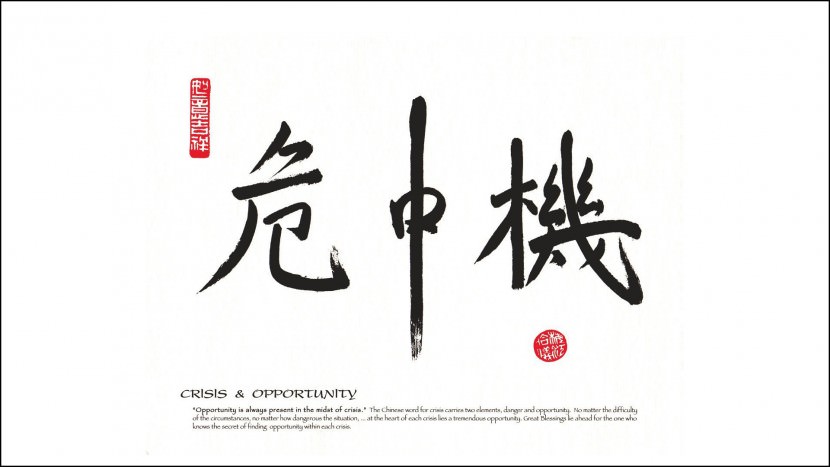 Crisis and Opportunity – Opportunity is always present in the midst of crisis. The Chinese word for crisis carries two elements, danger [ 危 ] and opportunity [ 机 ]. No matter the difficulty of the circumstances, no matter how dangerous the situation, at the heart of each crisis lies a tremendous opportunity. Great Blessings lie ahead for the one who knows the secret of finding opportunity within each crisis. 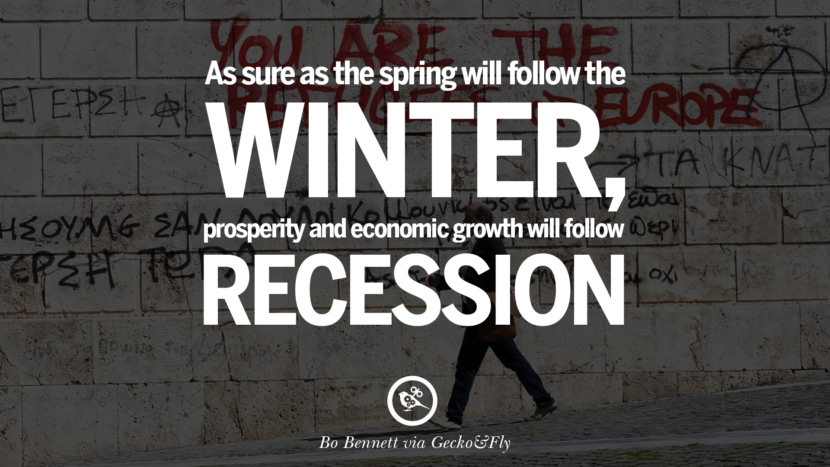 As sure as the spring will follow the winter, prosperity and economic growth will follow recession. – Bo Bennett 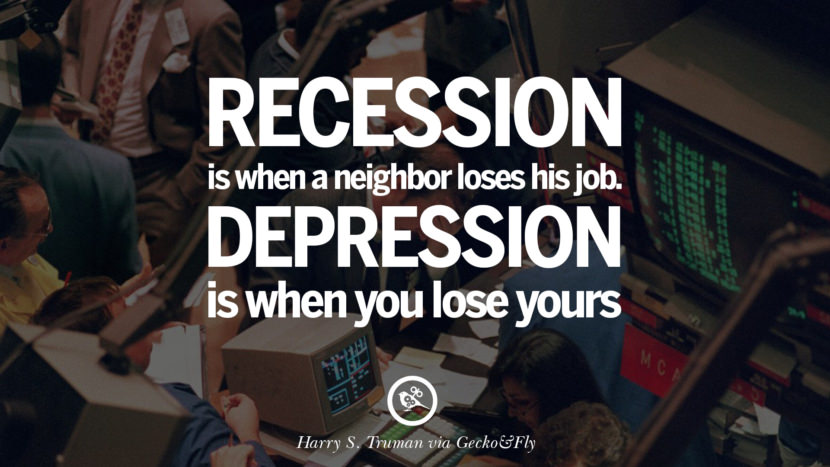 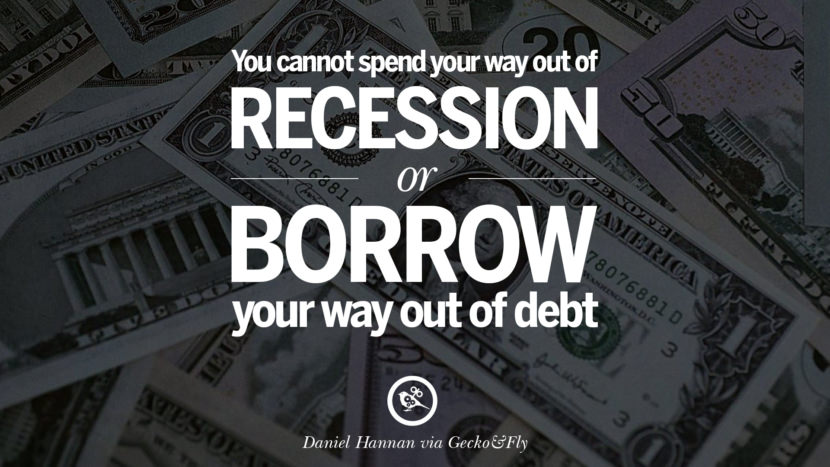 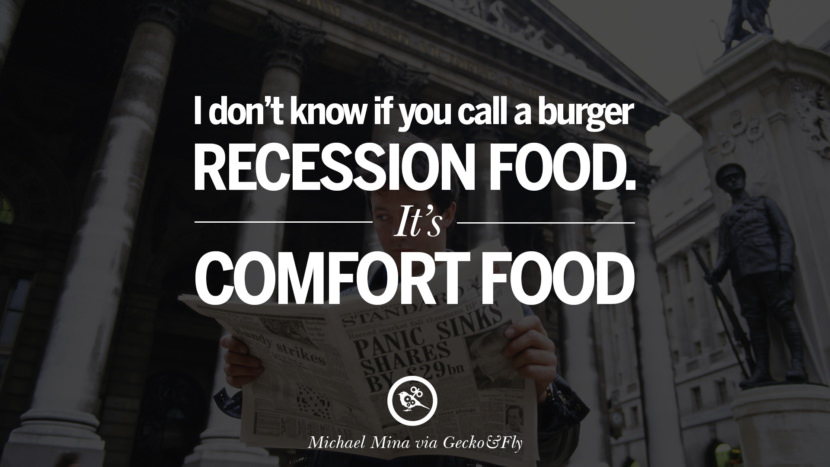 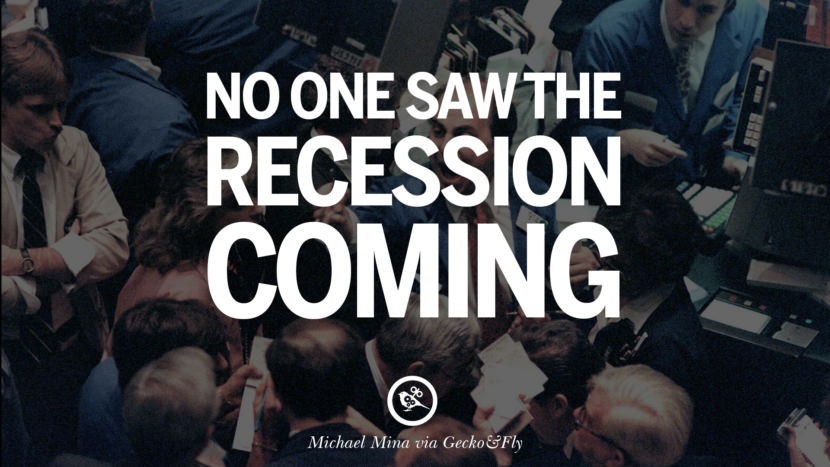 No one saw the recession coming. – Gordon Ramsay 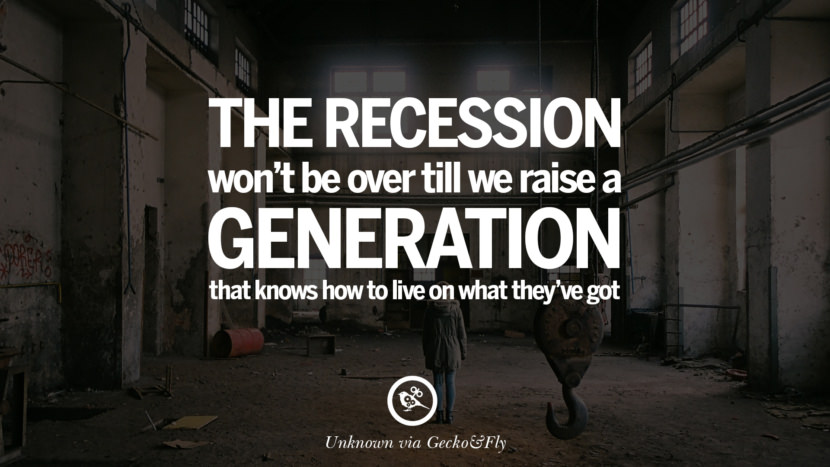 The recession won’t be over till we raise a generation that knows how to live on what they’ve got. – Unknown 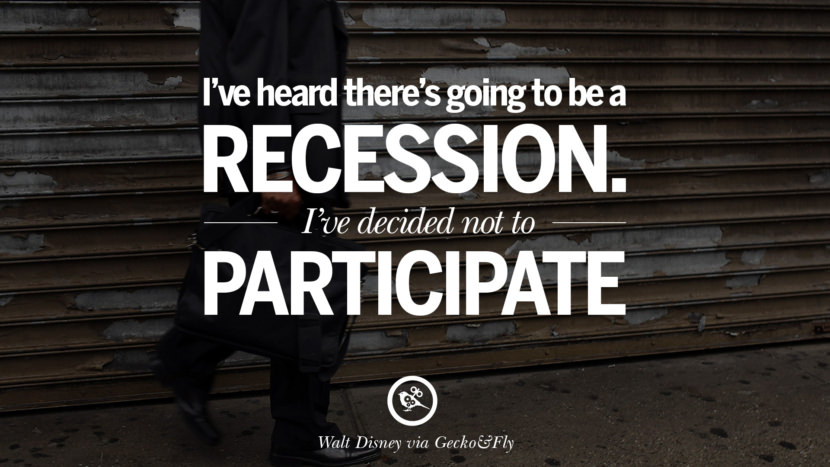 I’ve heard there’s going to be a recession. I’ve decided not to participate. – Walt Disney 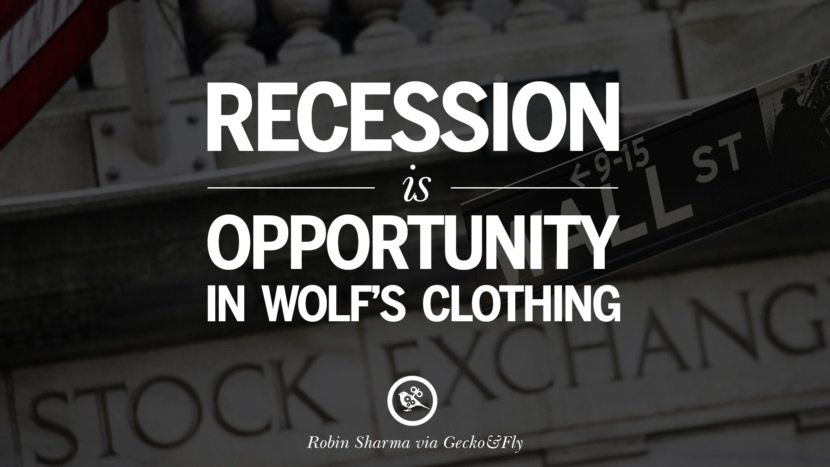 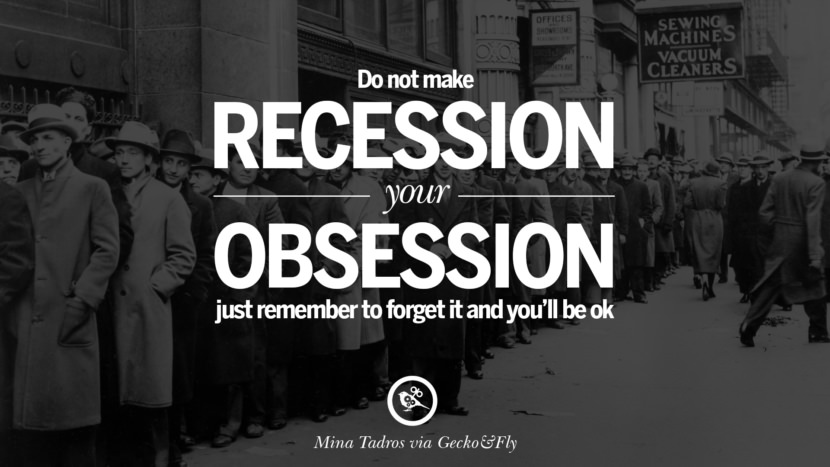 Do not make recession your obsession, just remember to forget it and you’ll be ok. – Mina Tadros 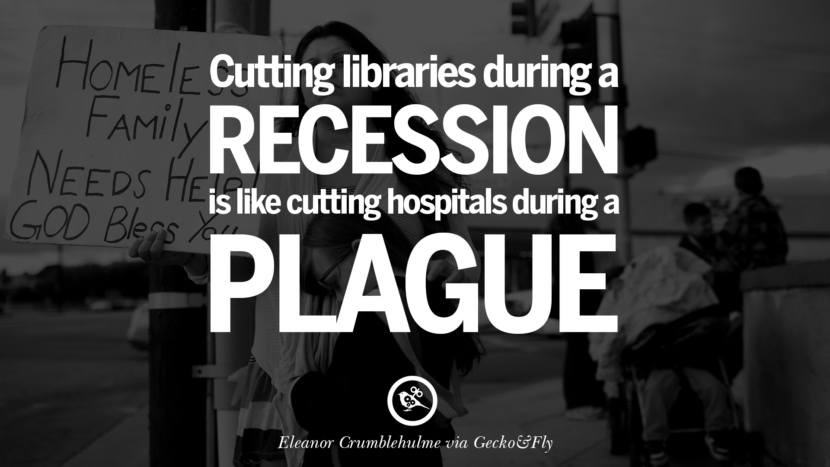 Cutting libraries during a recession is like cutting hospitals during a plague. – Eleanor Crumblehulme

13 Philosophical Poster Quotes by Great Thinkers on Life and Education