How do you quickly and securely dispose of used computers hard disk and SSD drives? SSD is gradually replacing HDD as the main storage device, because SSD is different from HDD, there are some minor challenges of erasing SSDs, unlike HDD, SSD must constantly move data around the drive to ensure all blocks are worn at an equal rate. Leave no trace behind – rely on these 5 bootable SSD erasers to securely erase the entire SSD drives, making the data unrecoverable while maintaining the health of the SSD.

Most manufacturers supply software for their solid state drives in order to update firmware and perform tasks like secure erase. Some people might find the eraser performance somewhat unsatisfying. Personally, I believe these tools are good enough, I suspect only pedophiles and crazy people with home made videos would want a military grade hard disk eraser. Without further ado, here are 5 bootable tools to securely wipe clean your SSD for macOS, Microsoft Windows, Linux and etc. 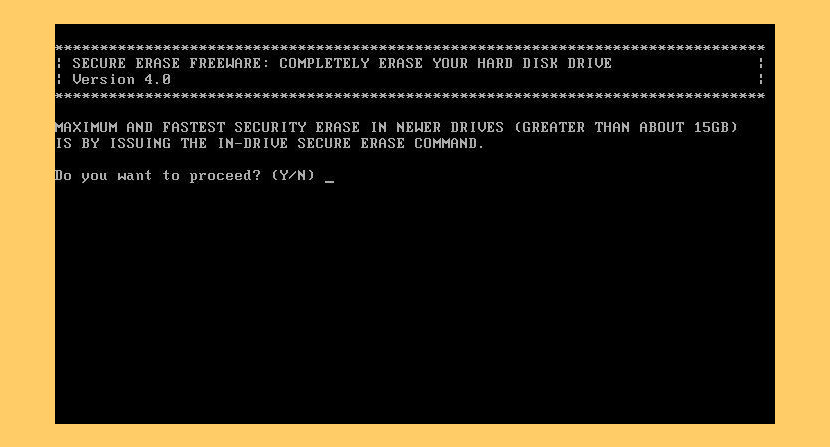 HDDerase.exe is a DOS-based utility that securely erases “sanitizes” all data on ATA hard disk drives and SSD in Intel architecture computers (PCs). It offers the option to run the drive internal secure erase command, security erase unit, based on the ATA specification by the T13 technical committee. To run the utility make a floppy, recordable CD-R, or USB DOS bootable disk; then copy HDDerase.exe to the bootable media.

Reboot the computer with the floppy, CD-R, or USB inserted, and type “hdderase” at the system DOS prompt. Make sure to set the correct priority boot order in the system BIOS, such as first boot floppy, CD-R, or USB depending on which media is used to run HDDerase.exe. HDDerase.exe must be run from an actual DOS environment and not a Windows based DOS command prompt environment. 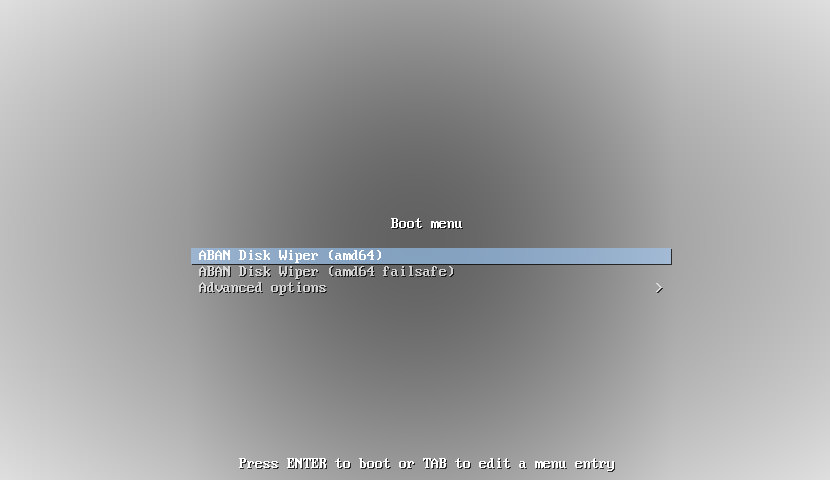 ABAN is a boot CD/USB stick for easily wiping disks before disposing of computers. Boot disks are available for both 32-bit and 64-bit machines. As a boot disk, it doesn’t care what OS is on the machine (or if there is any OS at all). Wipe is done by writing random bytes (from a cryptographic PRNG) to the disks.

It is based on Debian Live and is under active development. Currently, it works best with hard drives but ATA SANITIZE and Secure Erase support are planned to fully support SSDs. It works well for erasing many servers at once; once its booted you can remove the boot media and use it to boot the next machine.

ShredOS is a USB bootable small linux distribution with the sole purpose of securely erasing your disks using the program nwipe. ShredOS boots very quickly and depending upon the host system can boot in as little as 2 seconds. Nwipe will then list the disks present on the host system. You can then select the methods by which you want to securely erase the disk/s. Nwipe is able to simultanuosly wipe multiple disks using a threaded software architecture. For an upto date list of supported wipe methods see the nwipe page. 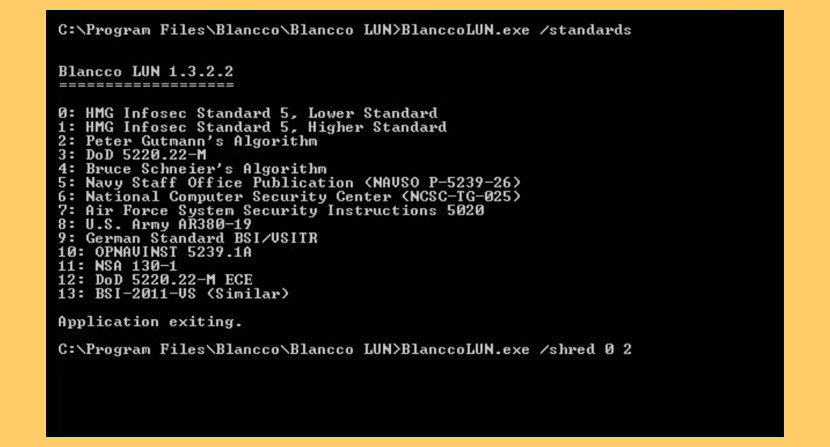 DBAN (Only for Hard Disk) allows organizations to securely erase sensitive data from HDDs in desktop/laptop computers and servers. Through our patented SSD erasure process and technology, organizations now have a secure method to handle end-of-life storage devices – regardless of underlying technology – in a cost-effective, secure and eco-friendly manner.

Secure Erase by Parted Magic works with both SSD (Solid State Drives) and HDD (Hard Disk Drives). Important Secure Erase information can be discovered by hovering your mouse over the second column so information could be displayed about your device. Modern computers will “freeze” the disk at boot. Press the sleep button to overcome this. The computer could be placed into a sleep mode to unfreeze them. Pressing any key or the power button could wake it up. 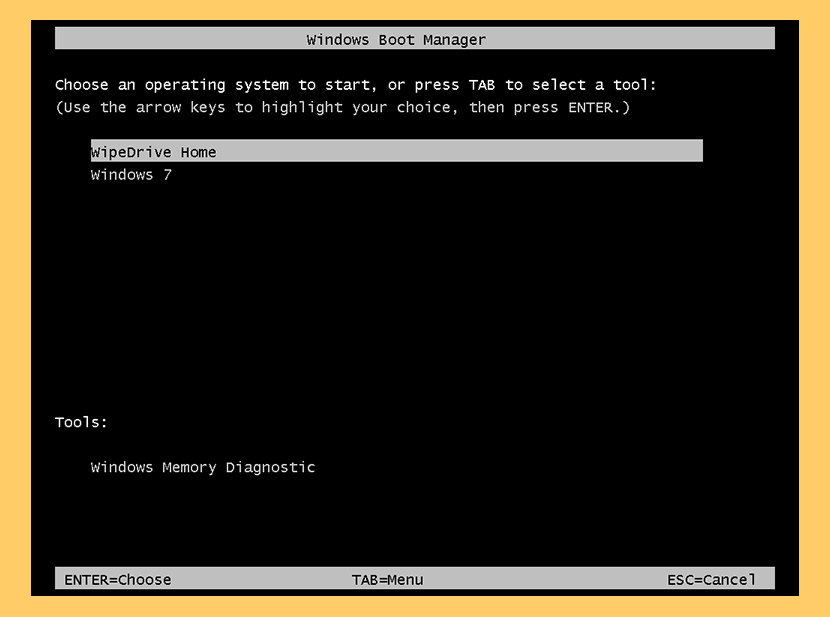 WipeDrive completely erases ALL hard drive or external storage information including your personal data, programs, viruses and malware. Using WipeDrive’s military grade wiping technology your data will be impossible to recover even with the most sophisticated tools. WipeDrive is used, approved and used exclusively by the Department of Defense and the U.S. Air Force, and is a trusted provider for many Fortune 100 companies including GM and Humana. Now the exact same wiping technology is available to the public. 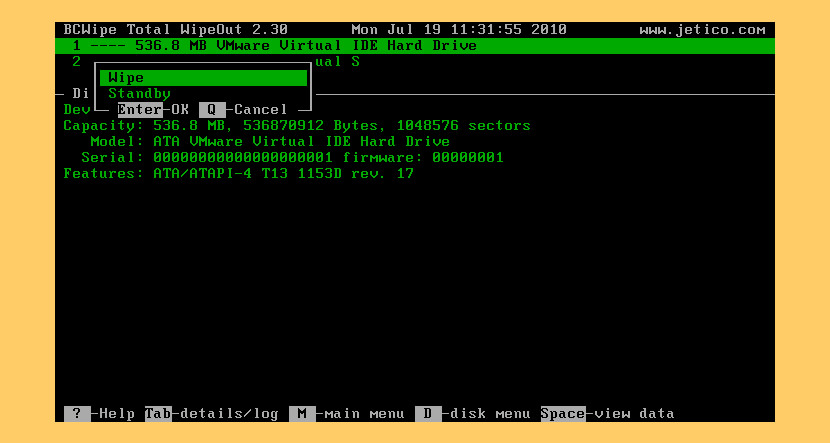 If you fail to completely eliminate private data before disposing of your PC, laptop or external hard drive – you may as well hand your personal information to a stranger. BCWipe Total WipeOut will protect your hard drive data in these cases – Wipe hard drives before you sell, dispose or donate used computers Hard drives with sensitive information fail under warranty and must be sent back to the manufacturer. Works great on Microsoft’s Windows 10 and Apple’s macOS.