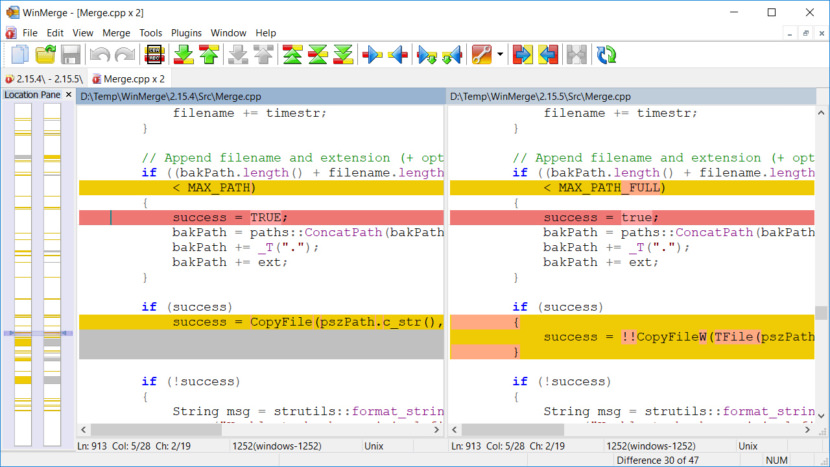 WinMerge is an Open Source differencing and merging tool for Windows. WinMerge can compare both folders and files, presenting differences in a visual text format that is easy to understand and handle. WinMerge is highly useful for determining what has changed between project versions, and then merging changes between versions.

WinMerge can be used as an external differencing/merging tool or as a standalone application. In addition, WinMerge has many helpful supporting features that make comparing, synchronising, and merging as easy and useful as possible. 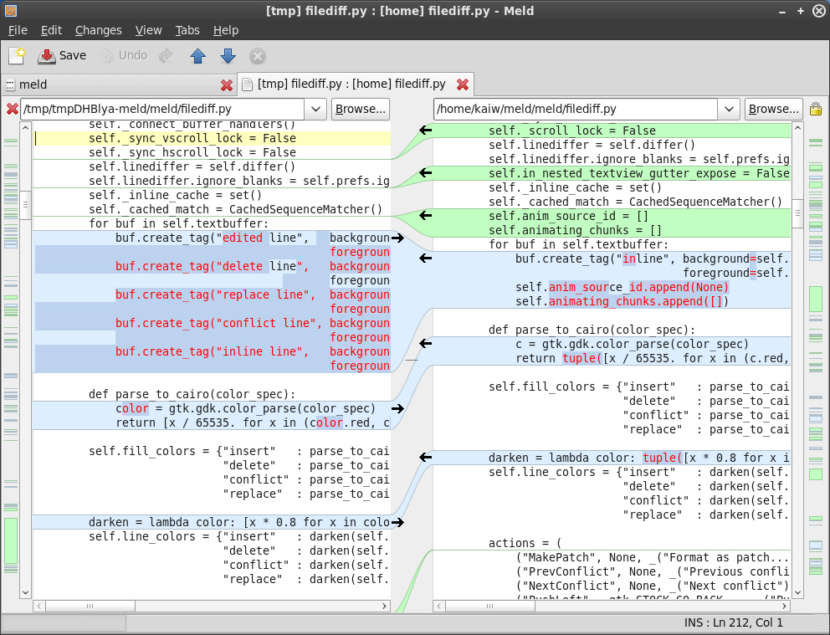 Meld is a visual diff and merge tool targeted at developers. Meld helps you compare files, directories, and version controlled projects. It provides two- and three-way comparison of both files and directories, and has support for many popular version control systems. Meld helps you review code changes and understand patches. It might even help you to figure out what is going on in that merge you keep avoiding. 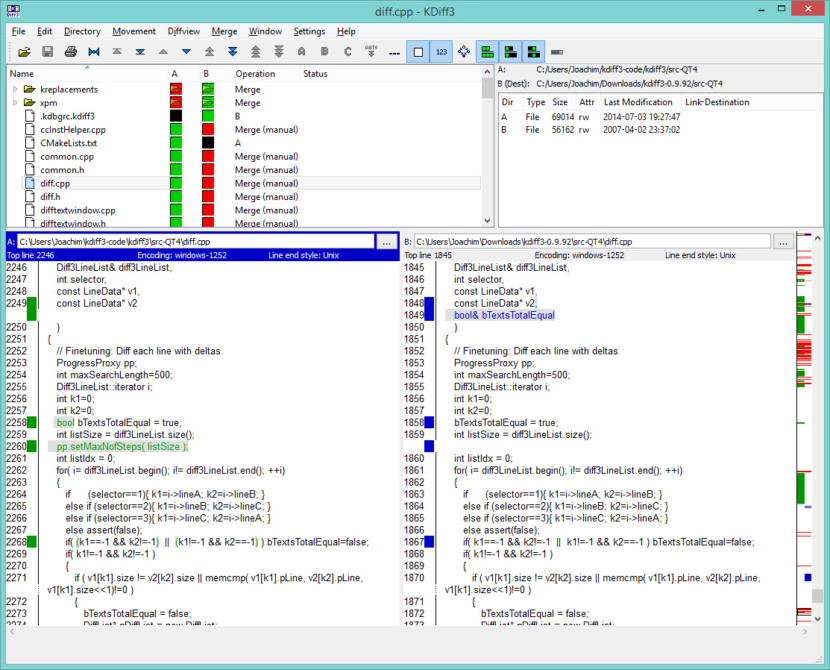 KDiff3 is a file and directory diff and merge tool which compares and merges two or three text input files or directories, shows the differences line by line and character by character, provides an automatic merge-facility, has an editor for comfortable solving of merge-conflicts, provides networktransparency via KIO, has options to highlight or hide changes in white-space or comments, supports Unicode, UTF-8 and other file encodings, prints differences, supports version control keyword and history merging.

Notepad++ is a free source code editor and Notepad replacement that supports several languages. Based on the powerful editing component Scintilla, Notepad++ is written in C++ and uses pure Win32 API and STL which ensures a higher execution speed and smaller program size. Notepad++ is one of the most popular coding programs, with a simple plugin, it can also perform simple code comparison. 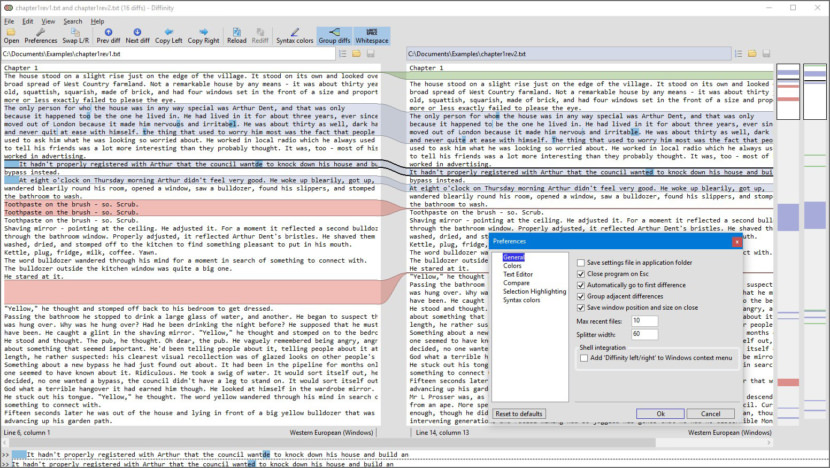 Diffinity is a diff and merging tool with focus on accurate and easy to read source code diffs. It will compare the content of two files and present the differences in an easy to read line by line and char by char basis. 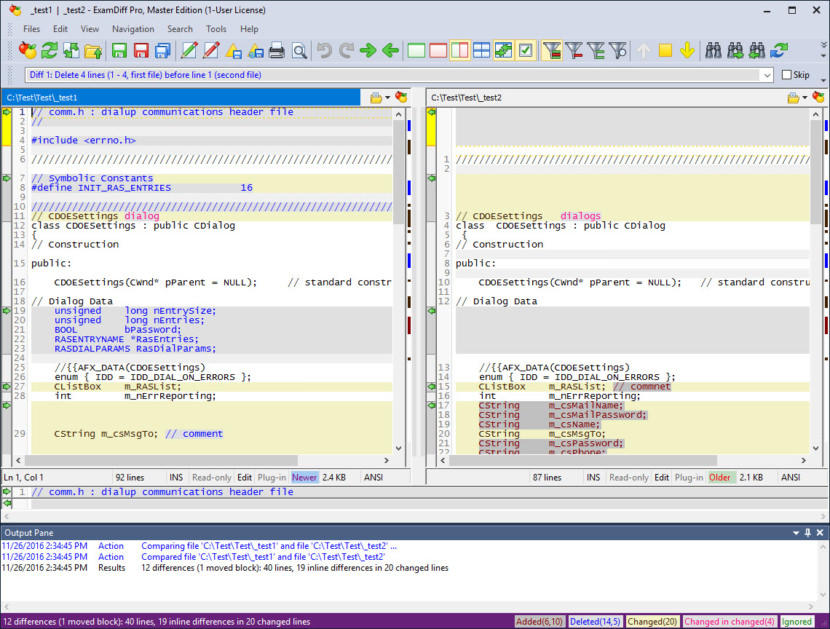 ExamDiff is a freeware Windows 95/98/Me/2000/XP/2003/Vista/7/2008 tool for visual file comparison. It is quick and very simple to use, and has a number of convenient features that many users have been asking for a long time from a file comparison tool. ExamDiff is a part of a suite of products that includes FtpVC(TM), an FTP-based Version Control System that allows joint software development remotely over the Internet. 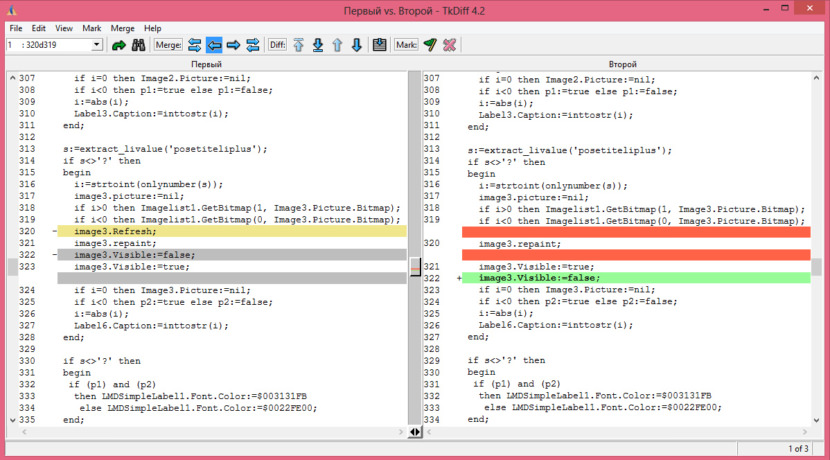 tkdiff is a graphical front end to the diff program. It provides a side-by-side view of the differences between two text files, along with several innovative features such as diff bookmarks, a graphical map of differences for quick navigation, and a facility for slicing diff regions to achieve exactly the merge output desired.