If you are having problems with wifi coverage in your ‘big’ house, there are 2 solutions to your problem. Either you upgrade the antenna to a high gain antenna or purchase a range extender. The best solution is to upgrade the antenna and use a range extender, alternatively, you can optimize your router via this simple 6 tips on getting 5x better Wifi signal and speed, a simple hack such as aluminum foil and changing the position of the router will greatly boost the overall coverage. 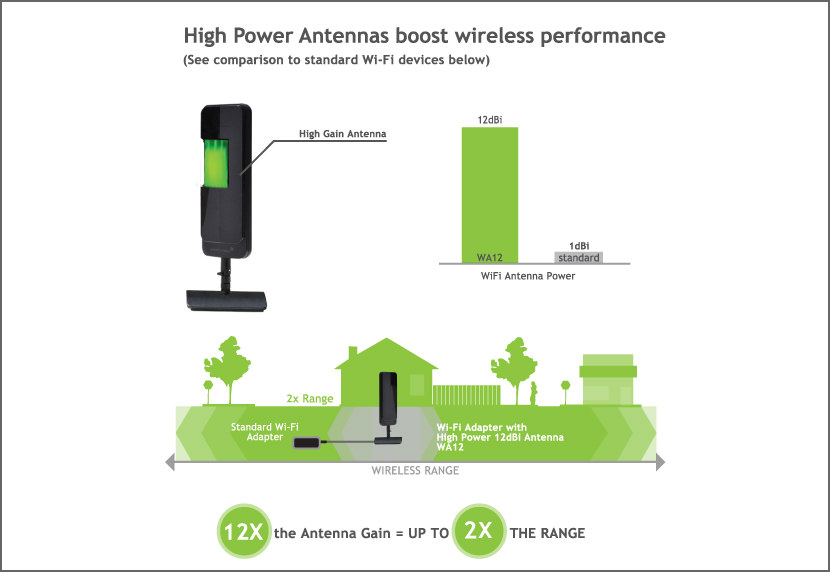 01 – Difference Between Directional vs. Omni Antennas 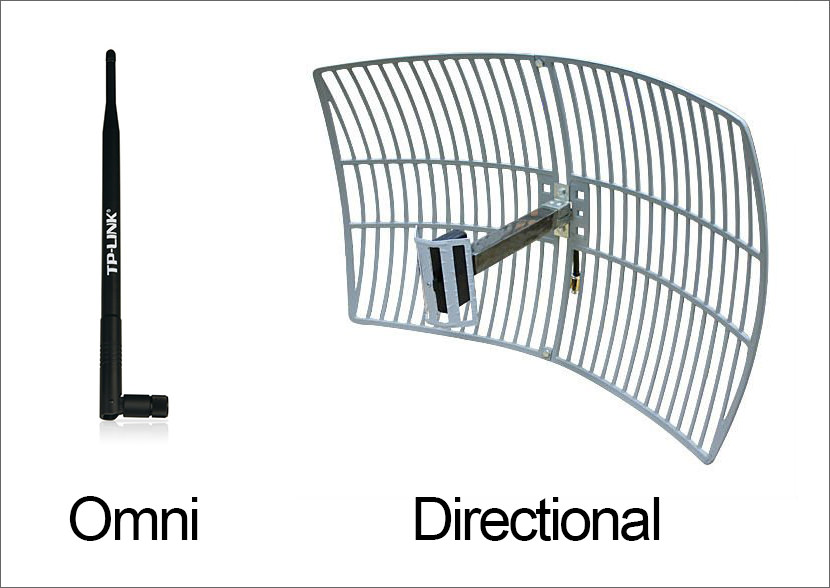 As shown in the table below, the latest wireless 802.11 standard has the best coverage in term of distance. However, it doesn’t eliminate blind spots (dead zones) when it comes to internet sharing between a very long distance.

Below is the approximate range for various brand and type of antenna. Do understand that the range of the signal depends heavily on the position of the router, number of antenna, types of antenna and many more.

What is the difference between 5 dBi, 7dBi, 12 dBi and 15 dBi antennas? Well, the higher the dbi, the wider the coverage. Based on my own limited understanding, the higher the dBi, the weaker the signal. The signal will fluctuate as it covers more areas. As for TP-Link’s claim on achieving 56km, it is almost impossible unless you have a clear line of sight.

It is a better idea to buy a Range Extender, you can read more about range extender. As shown in the image below, an antenna with low dBi has 360 degrees coverage whereas a high gain antenna has more distance. It will be a good idea to purchase 1 high gain 9dBi antenna for your router. 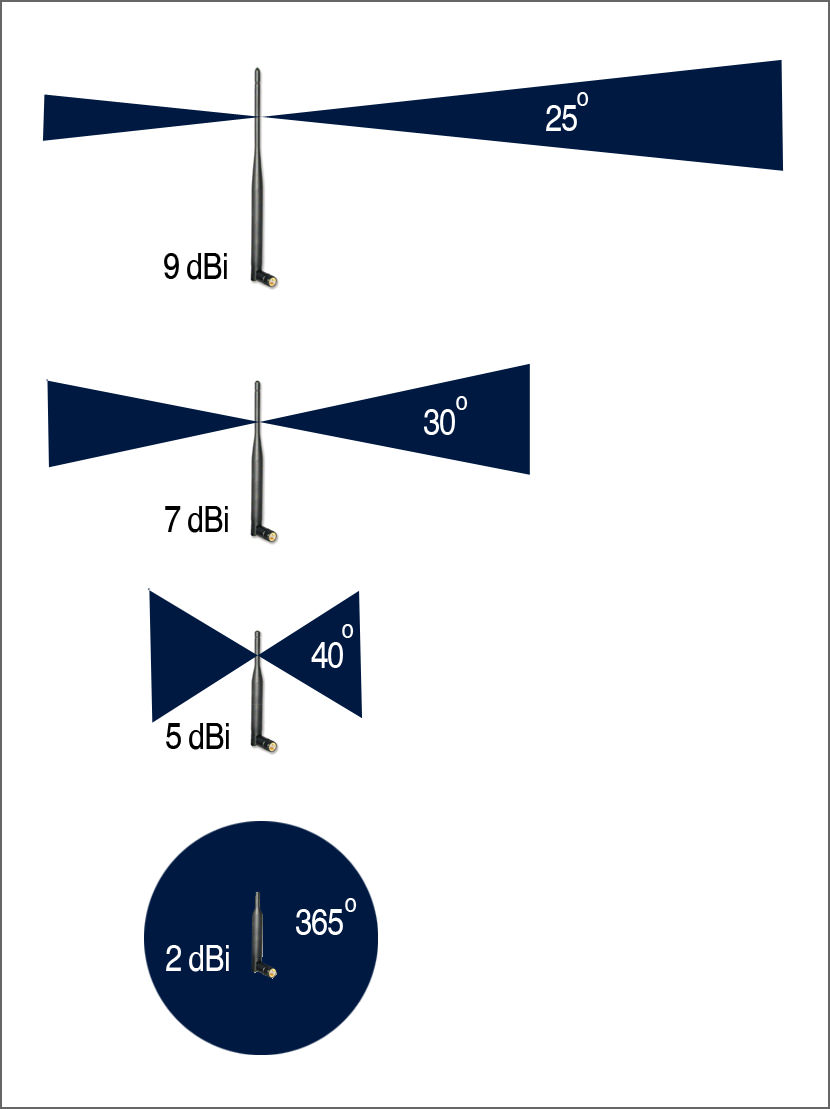 05 – Differences between 2.4GHz and 5GHz Wireless

The primary difference between the 2.4 GHz and 5GHz wireless frequencies is range as the 2.4GHz frequency is able to reach farther than the 5GHz frequency. This is a result of the basic characteristics that waves attenuate much faster at higher frequencies. So if you are more concerned with the coverage, you should select 2.4GHz rather than 5GHz.

The second difference is the number of devices on the frequencies. 2.4GHz suffers more interference than 5GHz.

In both aspects, choosing to deploy on the 5GHz frequency is the much better option as you have more channels to use to isolate yourself from other networks and there are far fewer interference sources.

But the radar and military frequency is also 5GHz, so 5GHz wireless may also have some interference, and many countries require that wireless devices working on 5GHz should support DFS(Dynamic Frequency Selection) and TPC(Transmitting Power Control). Summary:

We’ve been putting our routers in the wrong place this whole time. Wifi signals are made of radio waves that have a shorter wavelength than AM radio and cell phones but longer than satellite tv. How can I make my wifi faster? There are several things you can do to make your wifi faster without paying more, and they mostly have to do with the placement of your wifi router.

I am a big fan of Linksys (Cisco), my second favorite brand is Asus followed by D-link or TP-Link. Huawei, Netgear and Buffalo are equally good too. The rule of thumb is to always purchase quality brand over unreliable brands. These devices are meant to operate 24 hours every day until they are broken, thus a high quality product is important. 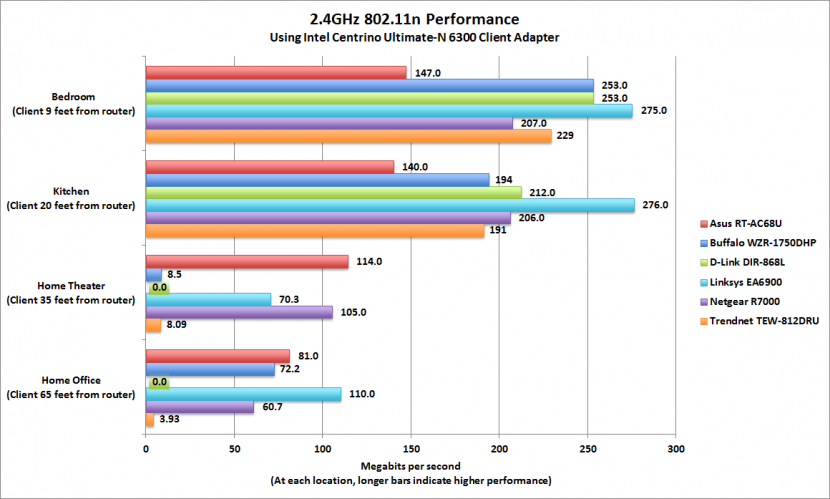