What is the best firewall software? What are the best network monitoring tools? Windows Firewall is a simple software that monitors the traffic in your network, be it LAN or wifi internet via your router. If you’re using AVG Firewall Free, it is time to change because it is no longer supported or updated. Who needs a firewall? Those who surf the internet via free Public wifi, a firewall adds a secondary protection layer on top of your antivirus.

A firewall adds extra Internet security to your computer or server by visualizing all past and present network data in an easy to understand graph. Instantly see every application or process communicating over the Internet, then dive in deeper to see who or what your computer is communicating with. Whenever anything new on your computer accesses the network firewall lets you know with a discreet alert that won’t interrupt your workflow or server. 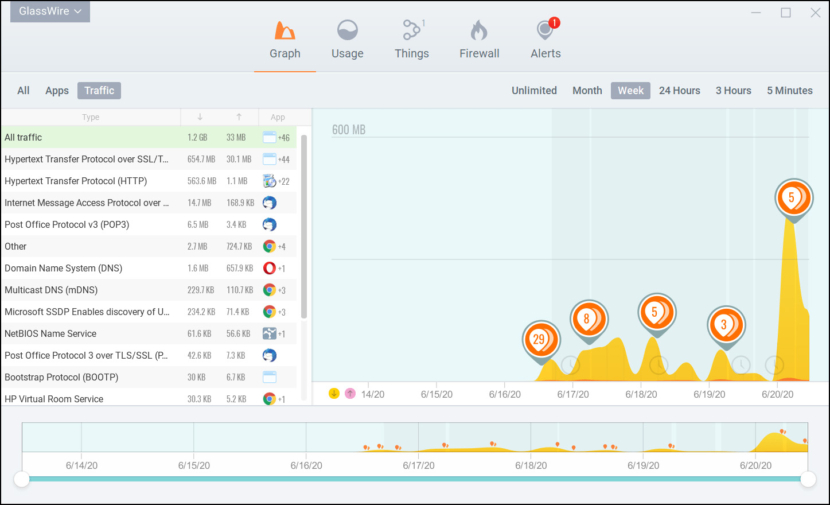 GlassWire also has a toolbox of network security checks like system file change detection, device list change detection, app info change detection, ARP spoofing monitoring, and we’re just getting started. Our software also alerts you if your computer or server is communicating with a known IP or domain threat. We’re working hard on adding many more intrusion detection rules to GlassWire in the future. 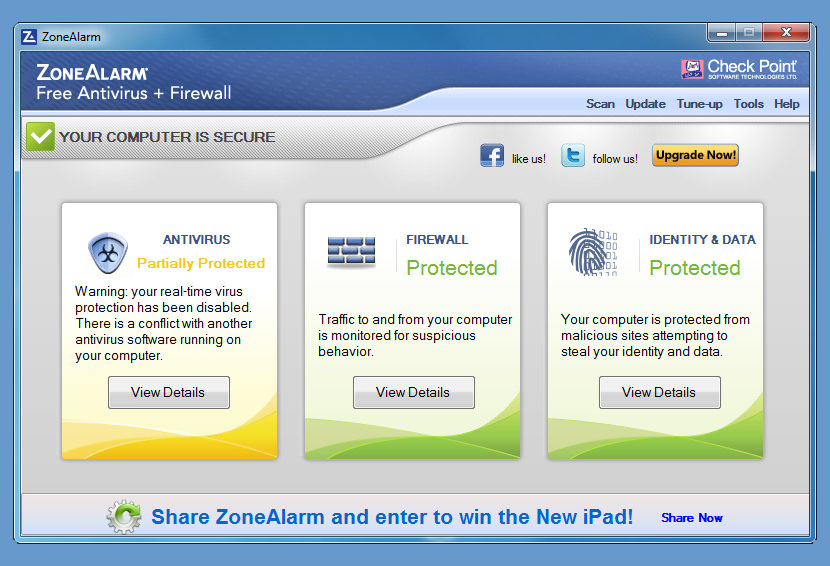 Zone Alarm has been around for ages, I remember it was pretty well known for its privacy software back in the 90’s. It is one of the most widely used free firewall software in the market, it has all the ingredients to be the best firewall replacement for the default Microsoft Windows Firewall. Highly recommended. 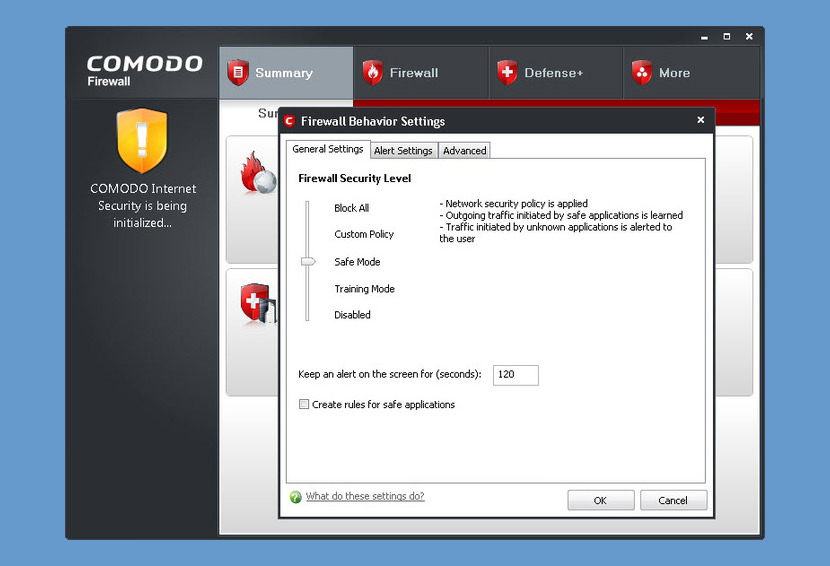 For those with an existing free antivirus that comes without a firewall, Comodo Firewall is a good combination. It is one of the leading antivirus companies in the world, with their widely used antivirus software and years of knowledge, it has one of the topnotch network defense and proactive defense features against malicious attacks.

Comodo Firewall Pro introduces the next evolution in computer security: Default Deny Protection (DDP™). What is DDP? Most security programs maintain a list of known malware, and use that list to decide which applications and files shouldn’t access a PC. The problem here is obvious. What if the list of malware is missing some entries, or isn’t up to date?

DDP fixes this problem to ensure complete security. The firewall references a list of over two million known PC-friendly applications. If a file that is not on this safe-list knocks on your PC’s door, the Firewall immediately alerts you to the possibility of attacking malware. All this occurs before the malware infects your computer. It’s prevention-based security, the only way to keep PCs totally safe. 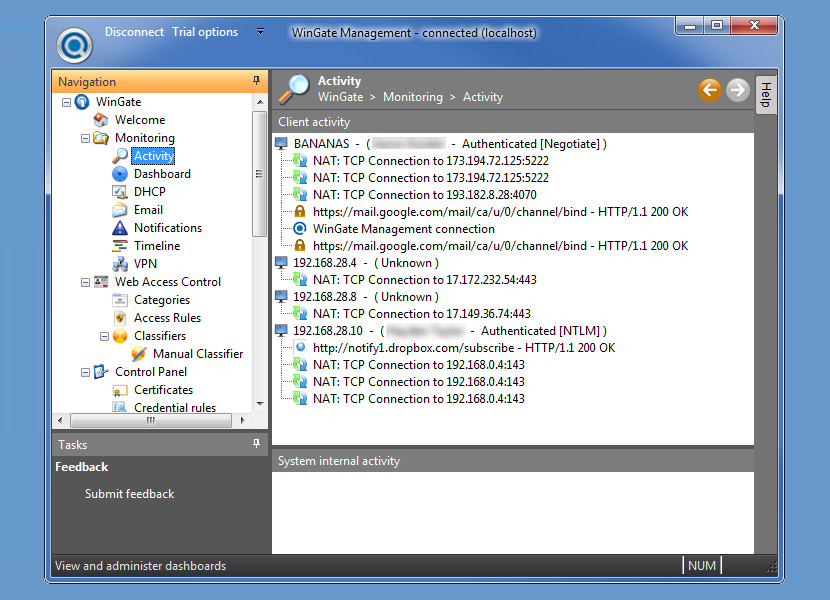 WinGate Proxy Server is a highly capable HTTP Proxy server, SOCKS server, integrated Internet gateway and communications server designed to meet the access control, security and communications needs of today’s businesses. In addition to a comprehensive range of features, WinGate Proxy Server’s license options provide you the flexibility to match your needs to your budget, whether you need to manage an enterprise, small business, or home network. 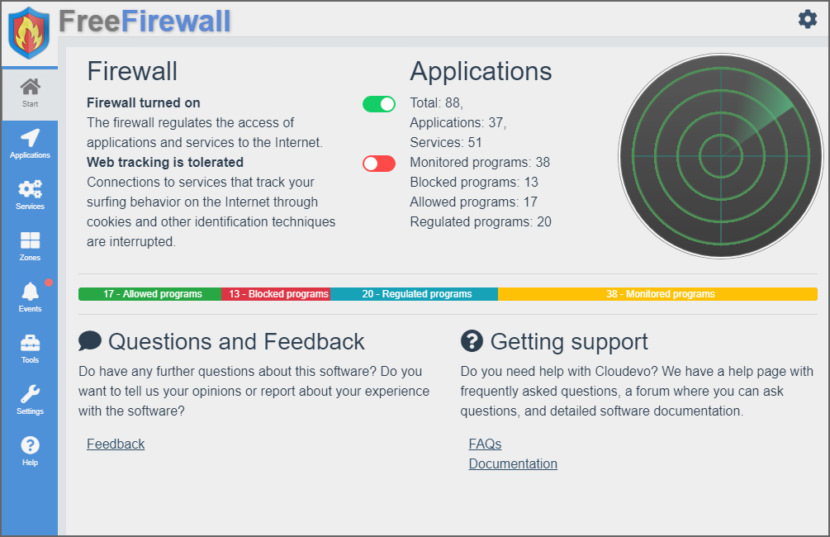 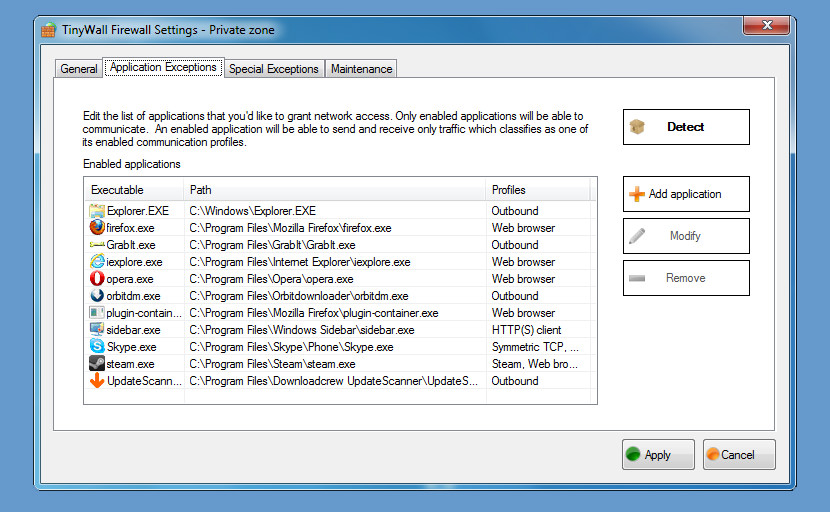 TinyWall is a free software to harden and control the advanced firewall built into Windows Vista and Windows 7. It is perhaps the most lightweight firewall that is minimal on computer resources, if only it is open source, the community could further develop it. Unlike others with a free and pro edition, TinyWall is 100% free with no pro edition, thus you get the best of everything instead of a stripped down version.

Remember to disable your Windows default firewall before installing Tinywall to prevent any unwanted network issues. Tinywall is an ideal firewall for Small Business. 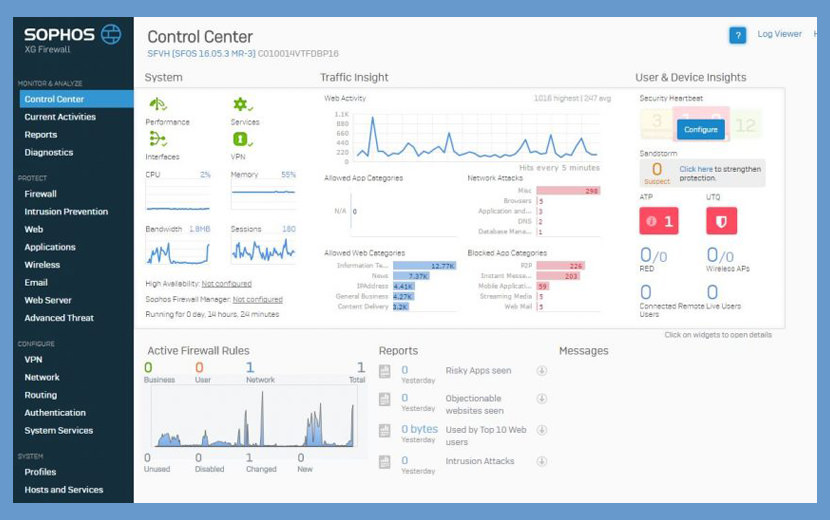 Give your home network a much needed security boost. The Home Edition of the Sophos XG Firewall features full protection for your home network, including anti-malware, web security and URL filtering, application control, IPS, traffic shaping, VPN, reporting and monitoring, and much more. 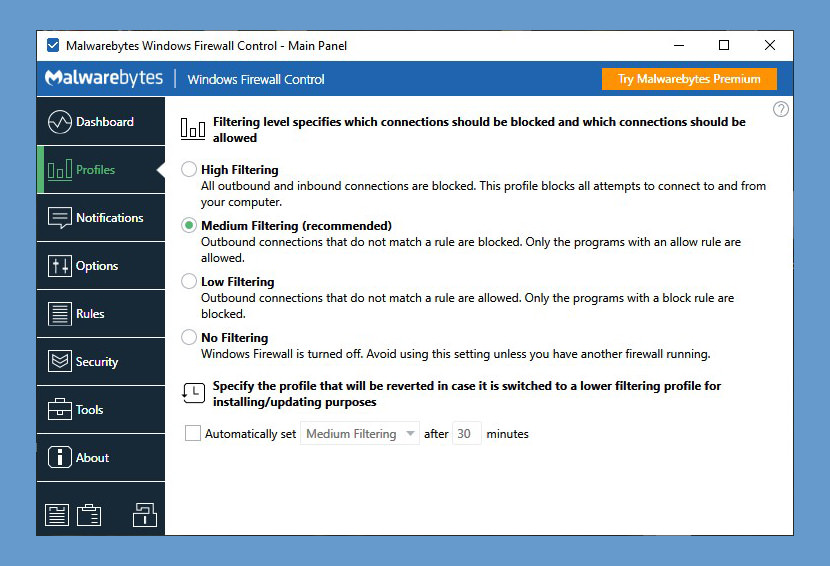 It runs in the system tray and allows the user to control the native firewall easily without having to waste time by navigating to the specific part of the firewall. This is the best tool to manage the native firewall from Windows 11, 10, 8.1, 8, 7, Server 2016, Server 2012. Windows Firewall Control offers four filtering modes which can be switched with just a mouse click: 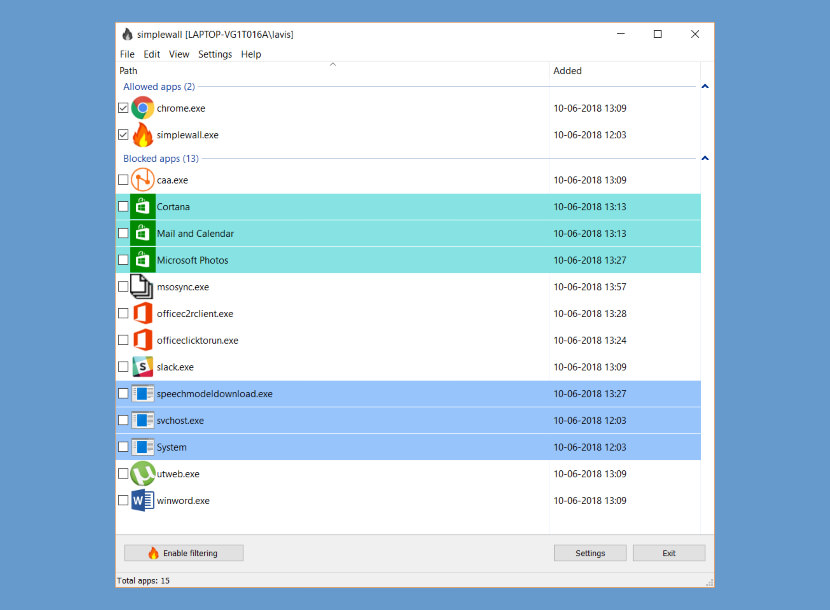 Simple tool to configure Windows Filtering Platform (WFP) which can configure network activity on your computer. The lightweight application is less than a megabyte, and it is compatible with Windows Vista and higher operating systems. You can download either the installer or portable version. For correct working, I need administrator rights.

Online Armor’s range of firewall products are designed to fit every need. It is relatively a new kid on the block by Emsisoft but surprisingly it is easy to install and manage and does not hinder computer performance. The free version comes with basic protection as oppose to the pro or paid version. 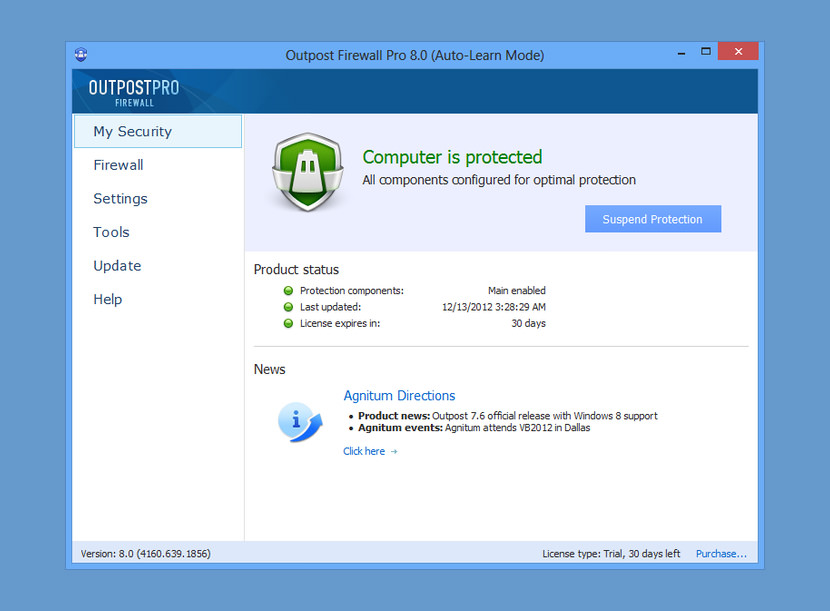 This is the first full-functional Free Internet Security Suite in the market, Agnitum is relatively new in this market but the software performed as promised. Just like online armor, there is a paid version and the free version doesn’t come with some features such as Priority Update and ID theft prevention. Works on Windows XP, Vista, 7 and 8.

Do You Need A Firewall When You have an Antivirus?

The differences between a firewall and anti-virus scanner and best one for your computer: