How to test internal LAN network speed? In order to test and troubleshoot networks we need tools that allow us to generate network traffic and analyze the network’s throughput performance. This is true for both wired and wireless networks. In order to properly troubleshoot a wireless (or wired) network we need a way to benchmark its performance, so as modifications are made we can determine whether or not they really make a difference in the network’s performance.

This is where these LAN benchmarking tools fit in to test network speed between two computers. The concept is you install a new wireless network and it works perfectly. Run these tools and record the benchmark results for later reference. Sometime in the future when either you or others suspect performance has declined then run these tools again and compare the latest results with those you gathered when the network was first installed and working perfectly. 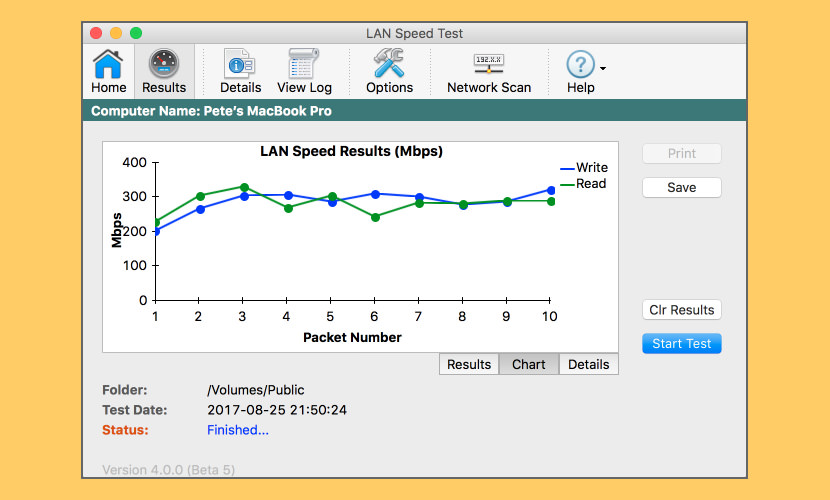 LAN Speed Test was designed from the ground up to be a simple but powerful tool for measuring file transfer, hard drive, USB Drive, and Local Area Network (LAN) speeds (wired & wireless). First, you pick a folder to test. This folder can be on a local drive or USB drive, etc. to test the drive speed, or a shared folder on your network to test your network speed.

Next, LAN Speed Test builds a file in memory, then transfers it both ways (without effects of Windows/Mac file caching) while keeping track of the time, and then does the calculations for you. For more advanced users, you can test to LAN Speed Test Server instead of a shared folder to take the slower hard drives out of the process as you are testing from one computer’s RAM to another computer’s RAM. Simple concept and easy to use. You’ll find that LAN Speed Test will quickly become one of your favorite network tools! 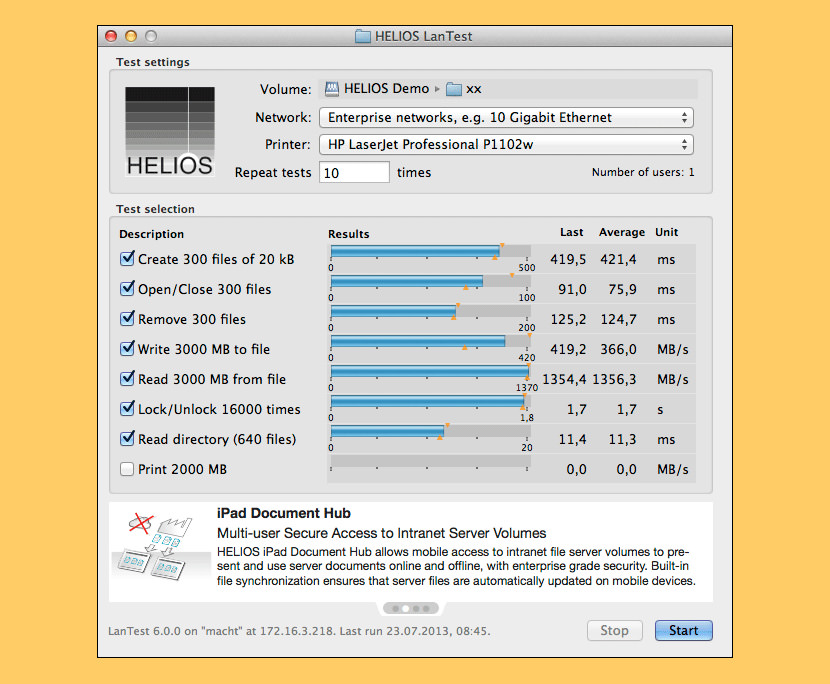 HELIOS LanTest is a very popular network performance and reliability testing solution for Mac and Windows clients. It is very easy to use within seconds and scales from single local disk testing, to testing performance of a network volume, as well as multi-user concurrent client testing against a single server volume.

HELIOS LanTest can be downloaded via HELIOS WebShare at Server: http://webshare.helios.de, Username and password are – tools 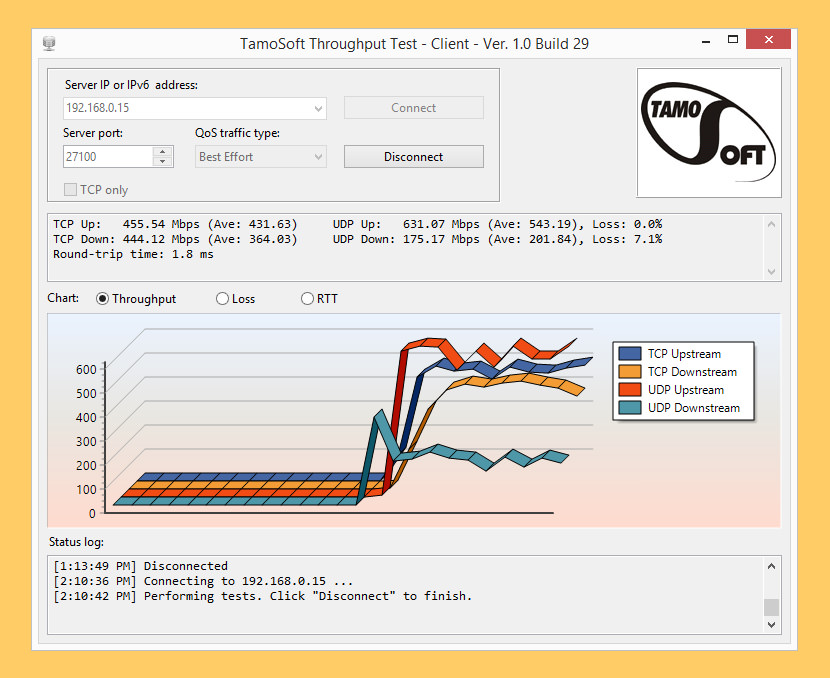 TamoSoft Throughput Test is a utility for testing the performance of a wireless or wired network. This utility continuously sends TCP and UDP data streams across your network and computes important metrics, such as upstream and downstream throughput values, packet loss, and round-trip time, and displays the results in both numeric and chart formats.

TamoSoft Throughput Test supports both IPv4 and IPv6 connections and allows the user to evaluate network performance depending on the Quality of Service (QoS) settings. 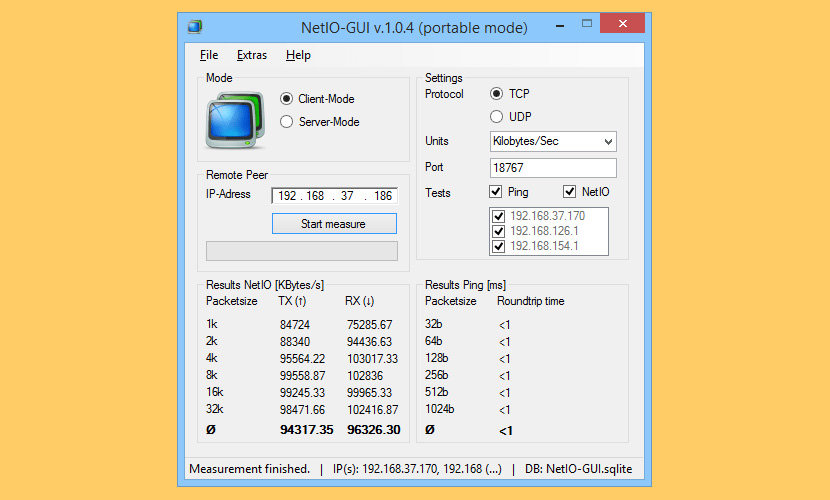 NetIO-GUI is a Windows frontend for the multi platform command line utility ‘netio’. It measures ICMP response times and network transfer rates for different packet sizes and protocols. All results are stored in a SQLite database file and can easily be compared. NetIO-GUI is preferred to rate the quality of peer-to-peer connections like VPN. 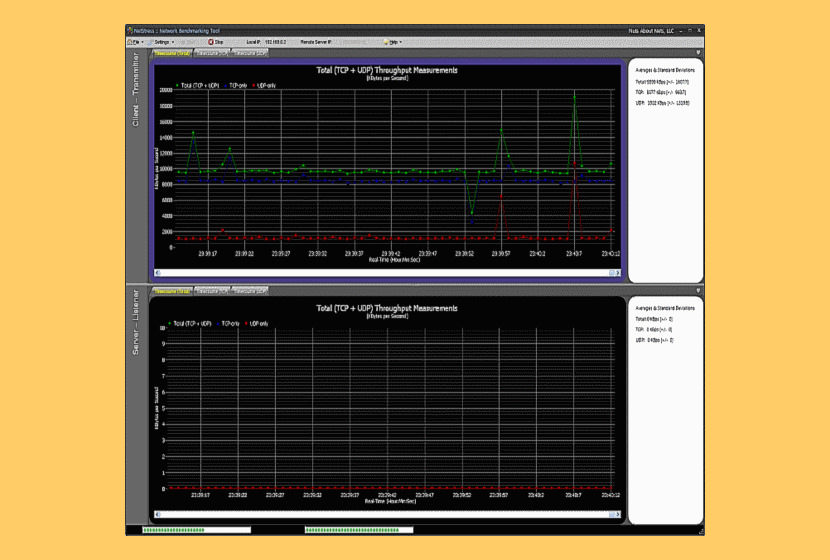 NetStress allows you to generate network traffic and analyze the network’s throughput performance. The results of that comparison with the previous benchmark will indicate whether or not there really is a problem and dictate which steps to take next (if any).

Regardless of your technical expertise or how expensive your diagnostic tools are, if you are modifying a wireless network or making decisions to modify it and you are not testing throughput then you risk wasting time and resources going down the wrong path. 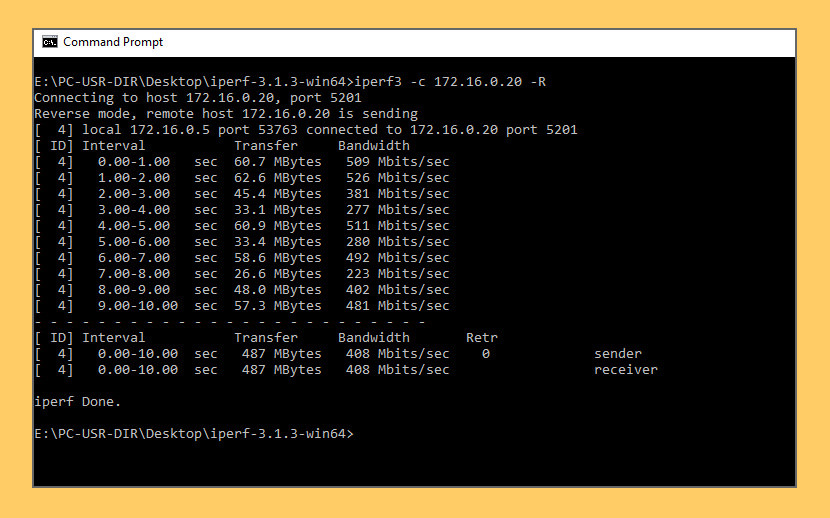 iperf is a tool for active measurements of the maximum achievable bandwidth on IP networks. It supports tuning of various parameters related to timing, protocols, and buffers. For each test it reports the bandwidth, loss, and other parameters. The current version, sometimes referred to as iperf3, is a redesign of an original version developed at NLANR/DAST.

iperf3 is a new implementation from scratch, with the goal of a smaller, simpler code base, and a library version of the functionality that can be used in other programs. iperf3 also has a number of features found in other tools such as nuttcp and netperf, but were missing from the original iperf. These include, for example, a zero-copy mode and optional JSON output. Note that iperf3 is not backwards compatible with the original iperf. 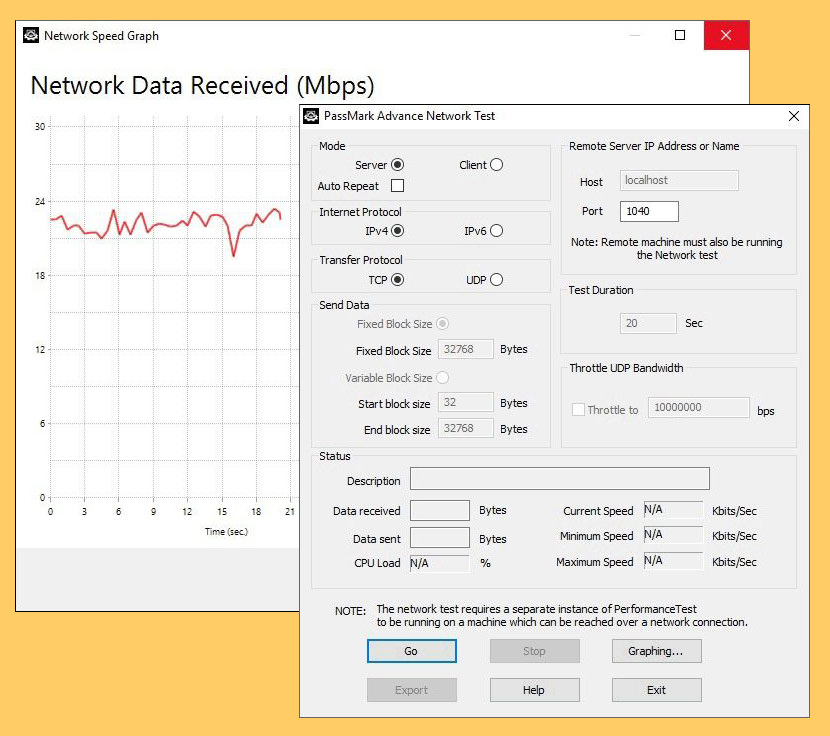 The network benchmark test will work with any type of TCP/IP connection. Including ethernet, dial up modems, ADSL, cable modems, local area networks (LAN), Wide area networks (WAN) and wireless networking (WiFi). The software has been optimized to use a minimum amount of CPU time, allowing even high speed gigabit ethernet connections to be benchmarked. Users have the ability to change the following test parameters.