Which is the fastest WordPress Cache plugin? This test was performed on a clean WordPress installation, the cache was set on the default mode with no extra configuration. They are tested with GTmetrix, Pingdom and WebPageTest. The results can be seen below, it appears ZenCache is the fastest cache.

Currently we are using WP Super Cache, previously we’ve been using W3 Total Cache for more than 7 years and decided to deactivate the plugin, reason being that W3 Total Cache is too buggy. More often than not, it breaks the site.

Undeniably, W3 Total Cache is indeed faster than WP Super Cache, it comes loaded with lots of features but to power these features, you will have to have a lot of CPU power, this means a site hosted on a slow server will be even slower, at least according to our own experience. In short, if you want compatibility, go for WP Super Cache, after all, they are maintained by Donncha O Caoimh and automattic (the owners of WordPress).

Now that you have a WordPress Cache plugin installed, to further speed up your site, you can install APC Object Cache [ Discontinued ], Varnish Cache or Memcached. For those in the dark, this type of Cache provides a persistent memory-based backend for the WordPress object cache.

In short, instead of hosting the php files on the hard disk, the files are hosted on the memory. They are also known as an object cache, this is a place for WordPress and WordPress extensions to store the results of complex operations. On subsequent loads, this data can be fetched from the cache, which will be faster than dynamically generating it on every page load.

As shown in the graph below, the installation of APC on our server greatly reduces the memory usage. For those using the WP SuperCache plugin, you will have to install APC Object Cache Backend plugin to use APC. 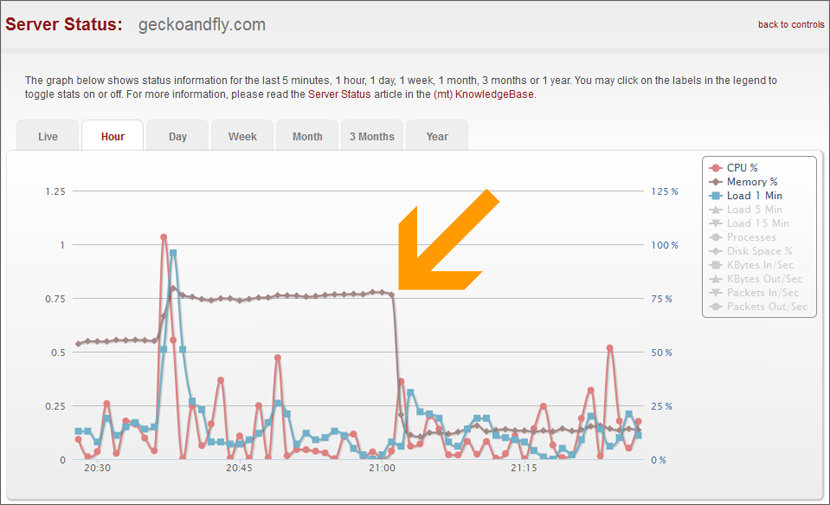 We’ve wrote a short article on our own experience on various CDN. After paying for these CDN with our own money, we can safely conclude that Amazon Cloudfront is the best CDN network. Using a CDN helps lessen your server loads and speeds up the loading of all images.