Sun Tzu Art of War is perhaps one of the most widely used war strategist manuscripts ever, in today’s modern world, it is applicable in almost every situation, from sports to business, from politics to science and many more.

😭 😍 😂 94 Inspiring Quotes For Entrepreneur When Starting Up A Business

The reason this ancient Chinese Wisdom and Strategy can apply to any generation of warfare or business is because it doesn’t focus on the military technology or capability of an army at that time, it applies human nature and they way we can exploit that, at least for the most part. that is why this is so genius. 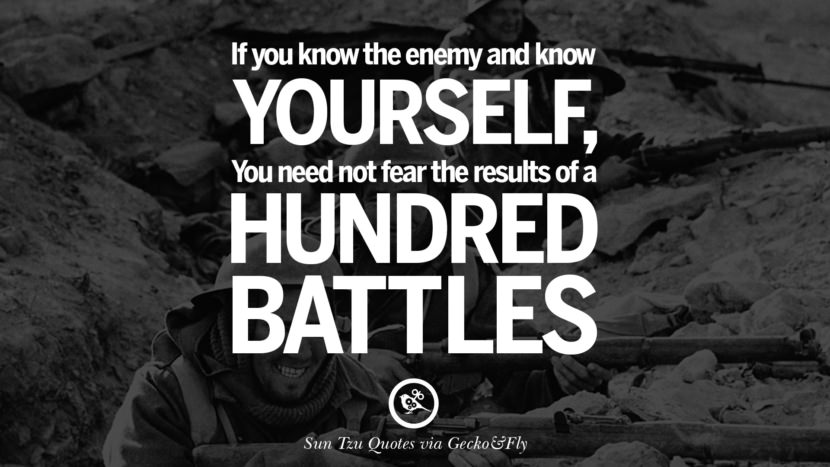 If you know the enemy and know yourself, you need not fear the results of a hundred battles. 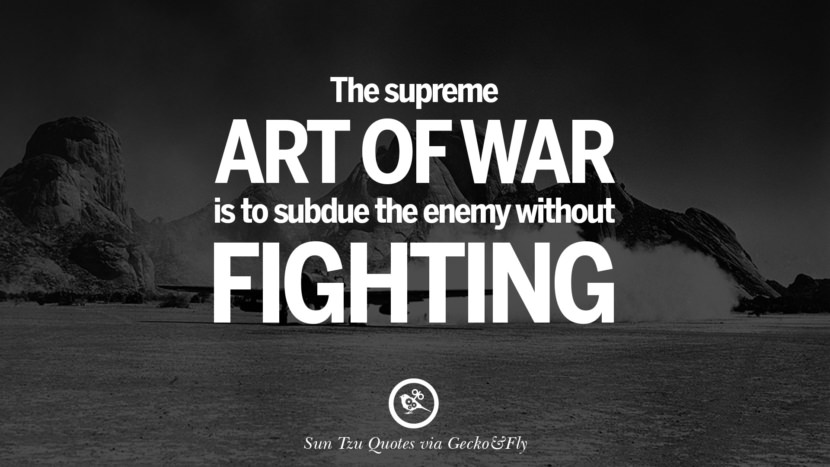 The supreme art of war is to subdue the enemy without fighting. 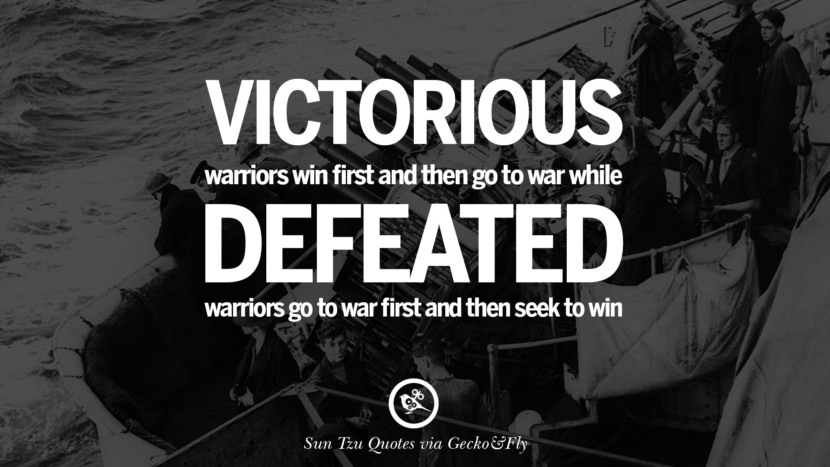 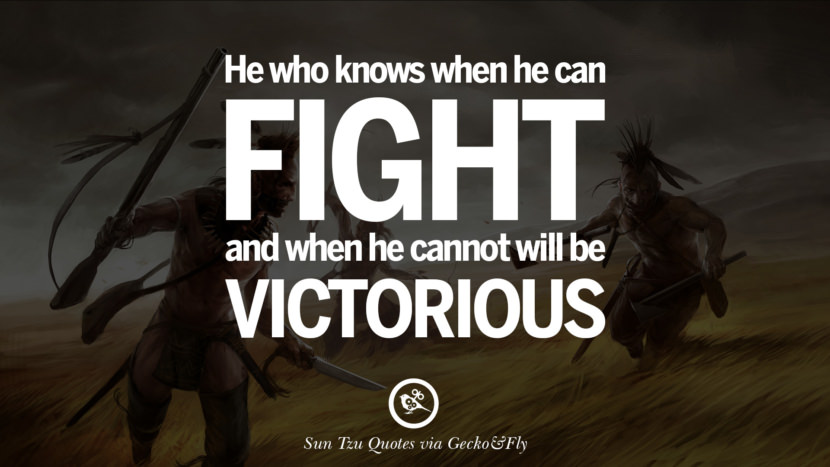 He who knows when he can fight and when he cannot, will be victorious. 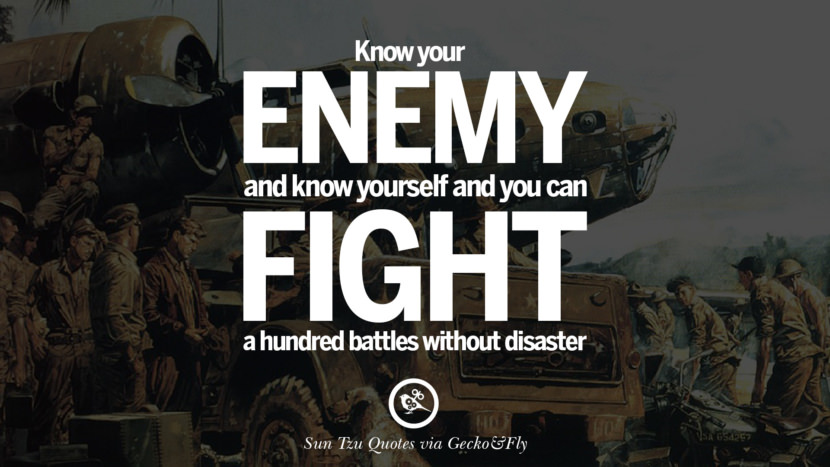 Know your enemy and know yourself and you can fight a hundred battles without disaster. 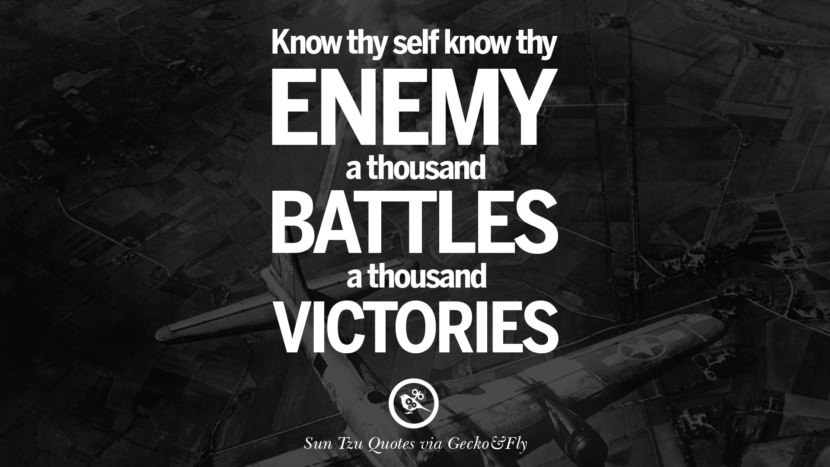 Know thy self, know thy enemy. A thousand battles, a thousand victories. 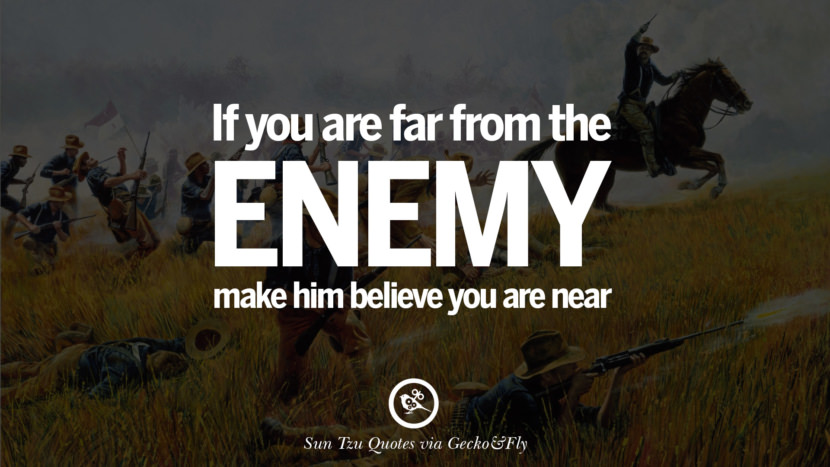 If you are far from the enemy, make him believe you are near. 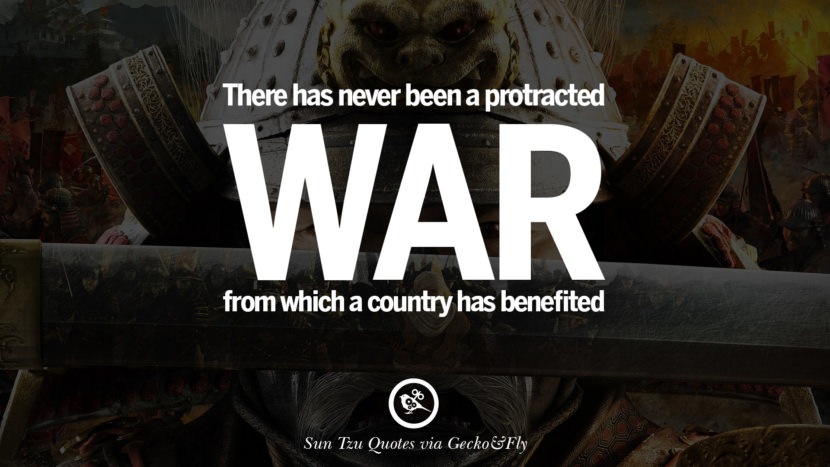 To see victory only when it is within the ken of the common herd is not the acme of excellence. 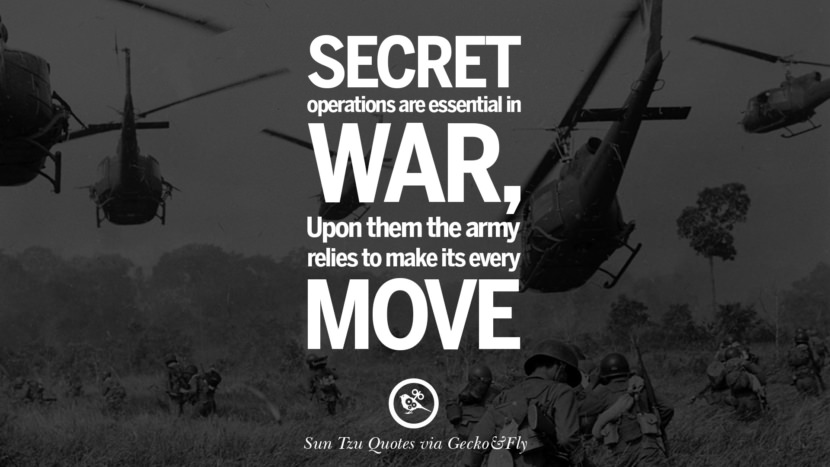 There has never been a protracted war from which a country has benefited. 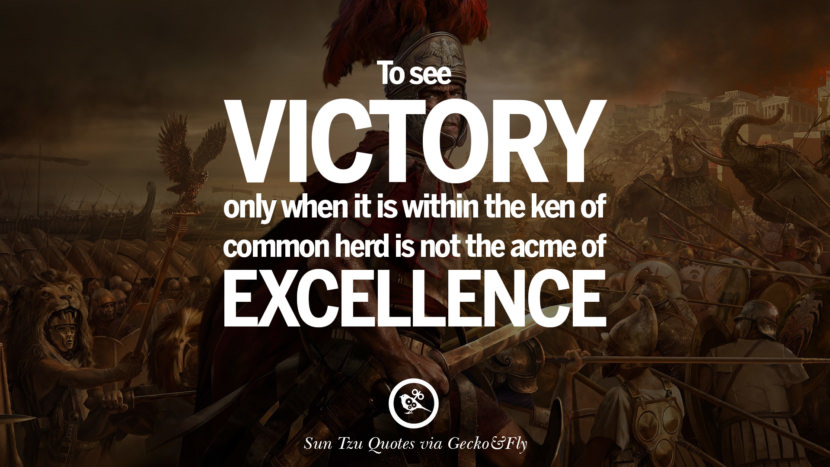 Secret operations are essential in war; upon them the army relies to make its every move. 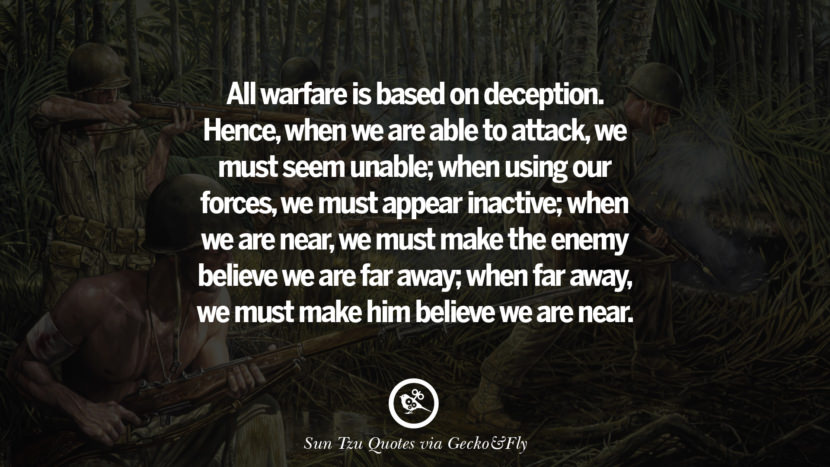 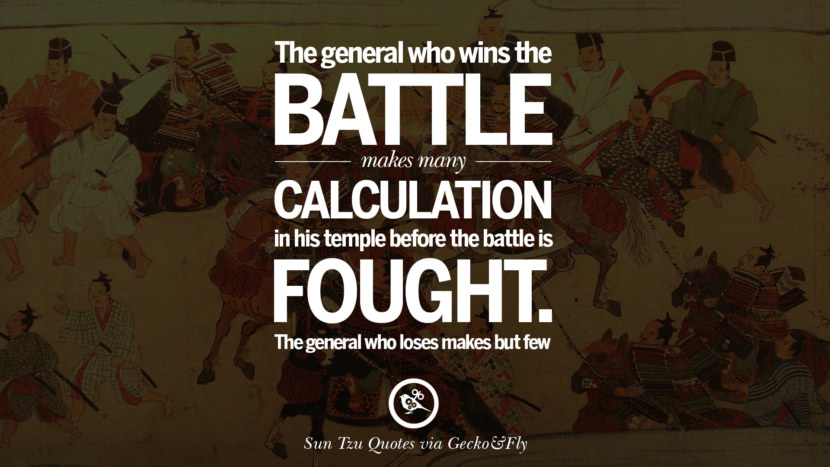 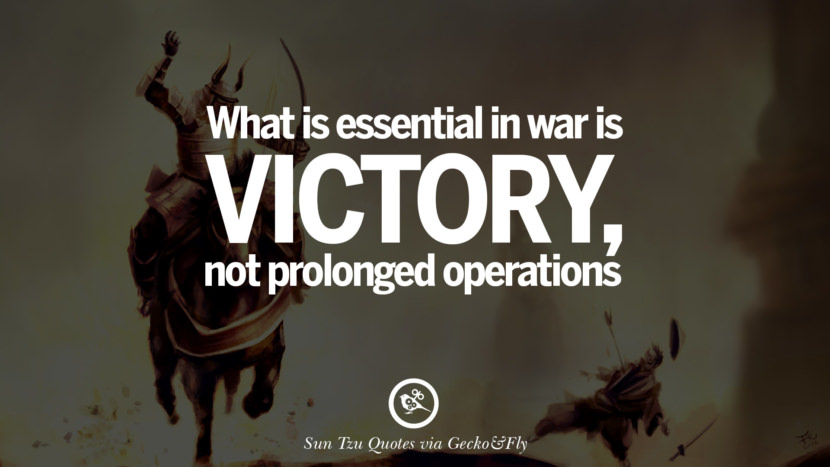 What is essential in war is victory, not prolonged operations. 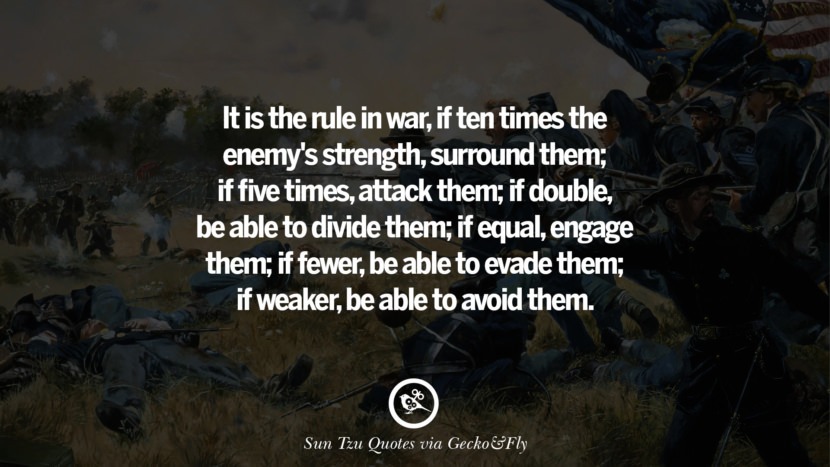 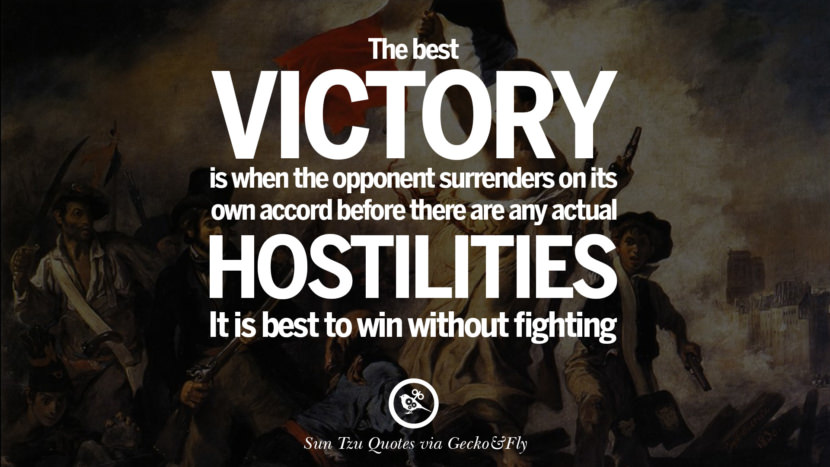 The best victory is when the opponent surrenders of its own accord before there are any actual hostilities… It is best to win without fighting. 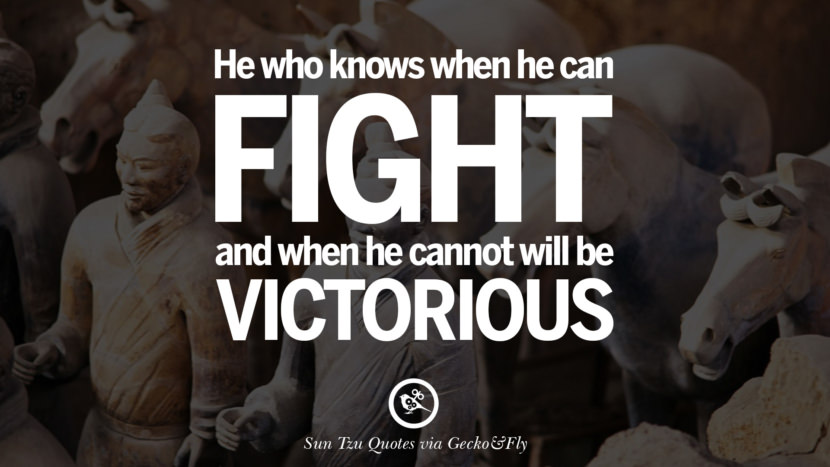 He who knows when he can fight and when he cannot will be victorious. 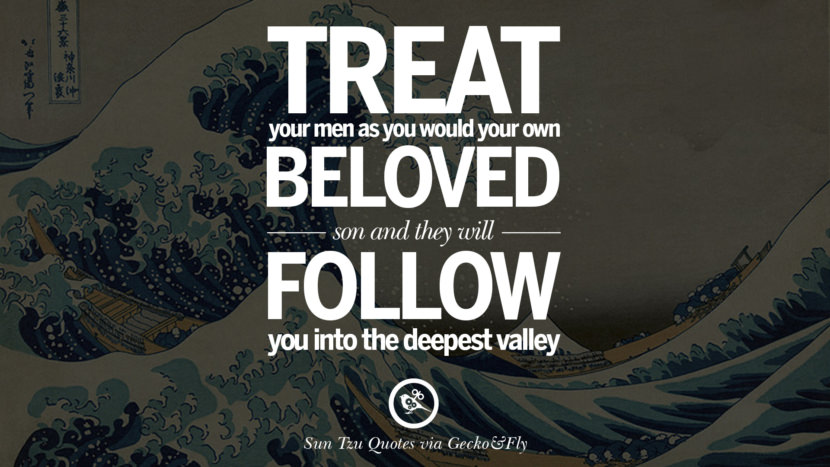 Treat your men as you would your own beloved sons. And they will follow you into the deepest valley. 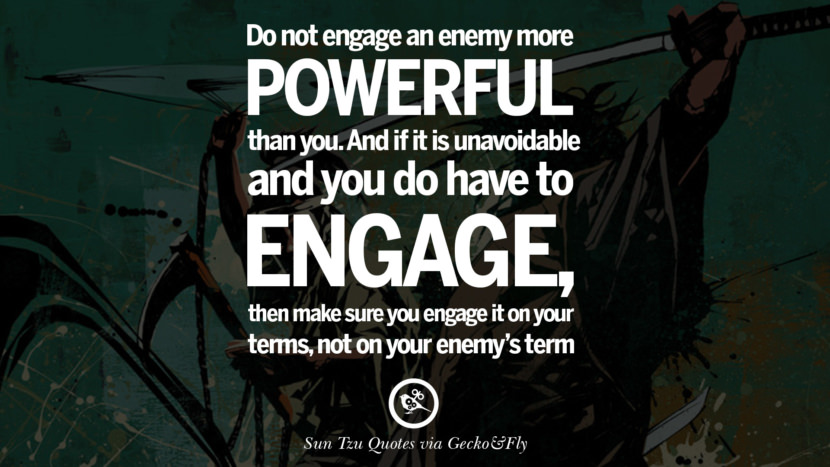 Do not engage an enemy more powerful than you. And if it is unavoidable and you do have to engage, then make sure you engage it on your terms, not on your enemy’s terms.

The Art of War is an ancient Chinese military treatise that is attributed to Sun Tzu (also referred to as “Sunzi” and “Sun Wu”), a high ranking military general and strategist during the late Spring and Autumn period (some scholars believe that the Art of War was not completed until the subsequent Warring States period. Composed of 13 chapters, each of which is devoted to one aspect of warfare, it is said to be the definitive work on military strategies and tactics of its time, and is still read for its military insights.

The Art of War is one of the oldest and most successful books on military strategy in the world. It has been the most famous and influential of China’s Seven Military Classics: “for the last two thousand years it remained the most important military treatise in Asia, where even the common people knew it by name.It has had an influence on Eastern military thinking, business
tactics, and beyond.

Sun Tzu emphasized the importance of positioning in military strategy, and that the decision to position an army must be based on both objective conditions in the physical environment and the subjective beliefs of other, competitive actors in that environment. He thought that strategy was not planning in the sense of working through an established list, but rather that it requires quick and appropriate responses to changing conditions. Planning works in a controlled environment, but in a changing environment, competing plans collide, creating unexpected situations.