I am not a vegetarian, but I do find the idea noble. Meat eaters will always attack vegetarian by saying “Vegetarian – that’s an old Indian word meaning lousy hunter.”, personally, I believe everyone has the right to choose what to put into their mouth, nobody has the right to criticize another for not following their way of life.

🤣😍😂 10 Quote by Paul McCartney on Vegetarianism, Life and Love

That being said, if you’re a vegetarian, keep quiet and lead your vegan life, and if you’re an omnivore, stop telling why veganism is bad. Complete List of famous vegans [ Wikipedia ]. Without further ado, here are 8 encouraging and uplifting famous quotes on vegetarianism and killing animals for their meat. 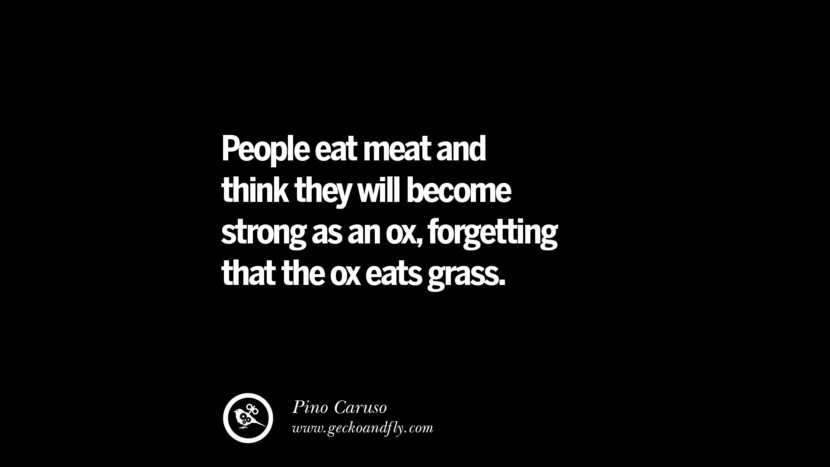 People eat meat and think they will become strong as an ox, forgetting that the ox eats grass. – Pino Caruso 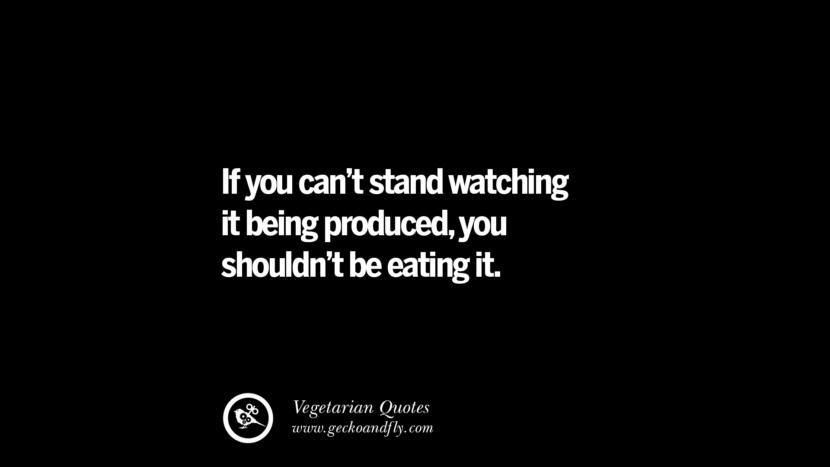 If you can’t stand watching it being produced, you shouldn’t be eating it. – Unknown 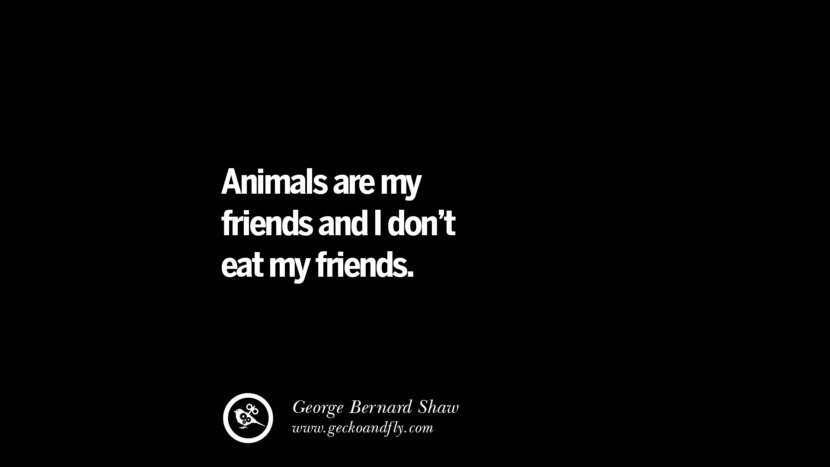 Animals are my friends and I don’t eat my friends. – George Bernard Shaw 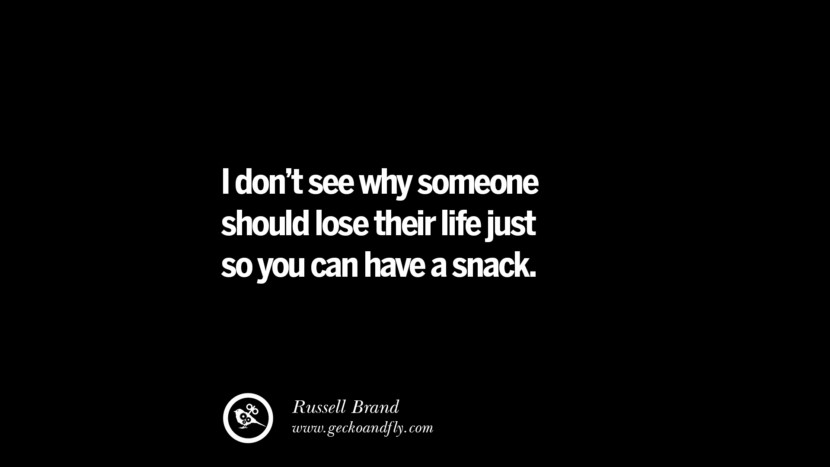 I don’t see why someone should lose their life just so you can have a snack. – Russell Brand 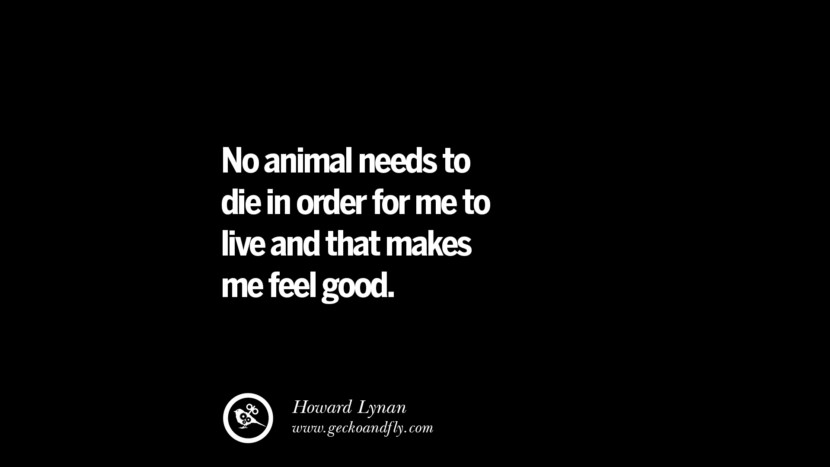 No animal needs to die in order for me to live and that makes me feel good. – Howard Lynan 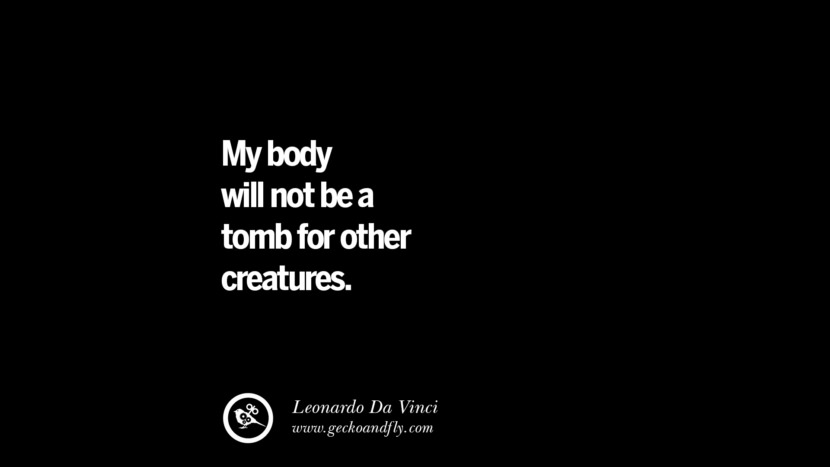 My body will not be a tomb for other creatures. – Leonardo Da Vinci 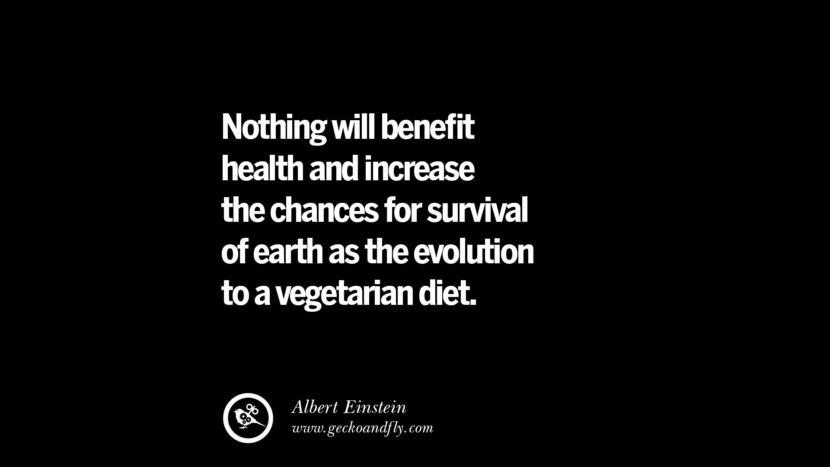 Nothing will benefit health and increase the chances for survival of earth as the evolution to a vegetarian diet. – Albert Einstein 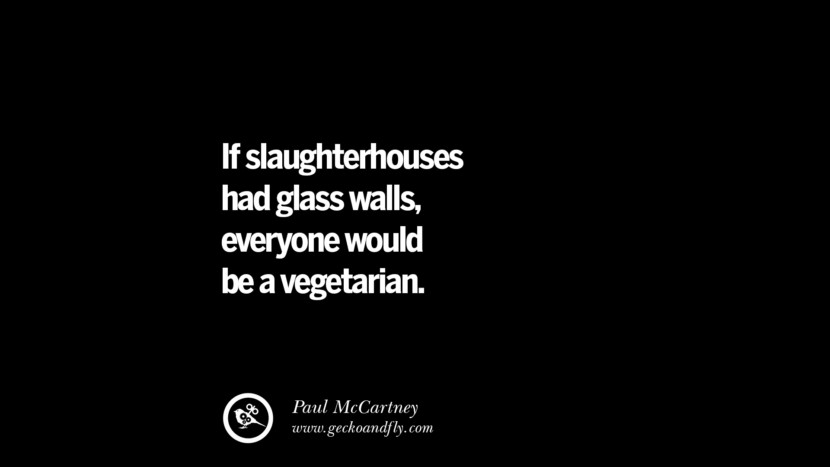 If slaughterhouses had glass walls, everyone would be a vegetarian. – Paul McCartney 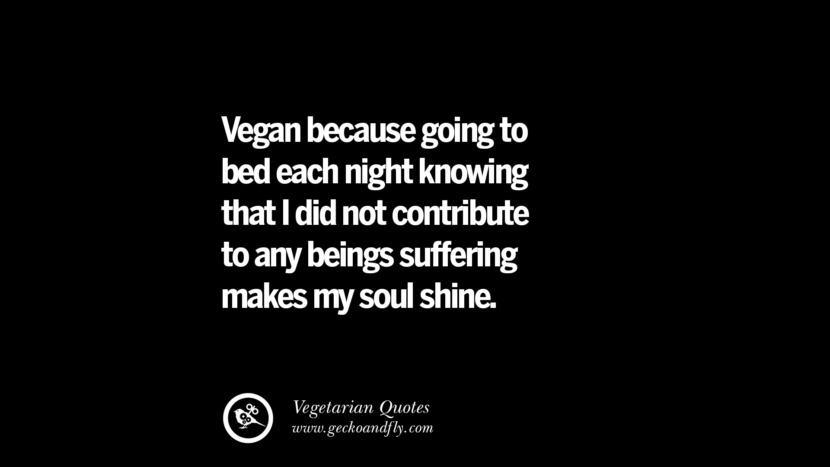 Vegan because going to bed each night knowing that I did not contribute to any beings suffering makes my soul shine. 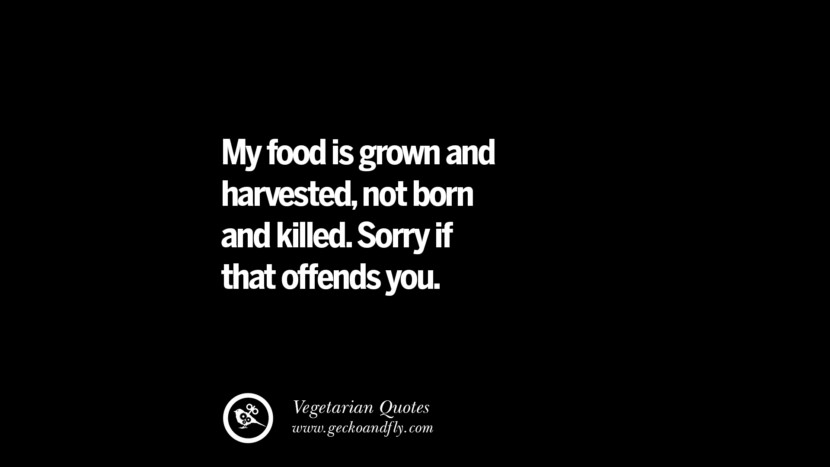 My food is grown and harvested, not born and killed. Sorry if that offends you. 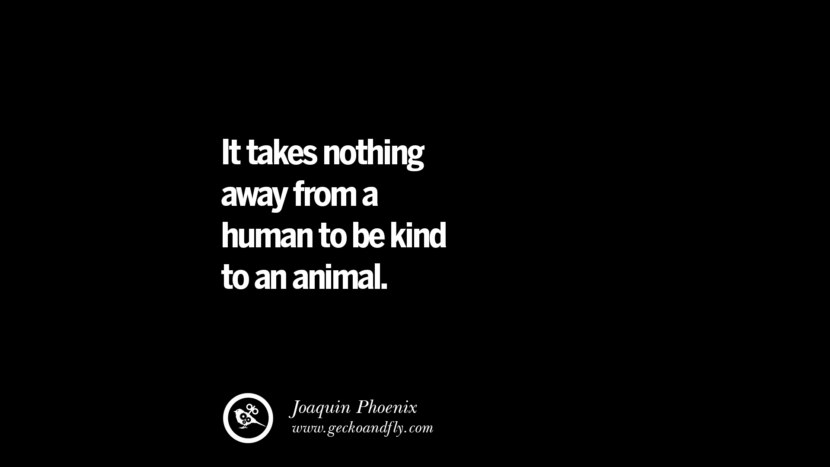 It takes nothing away from a human to be kind to an animal. – Joaquin Phoenix 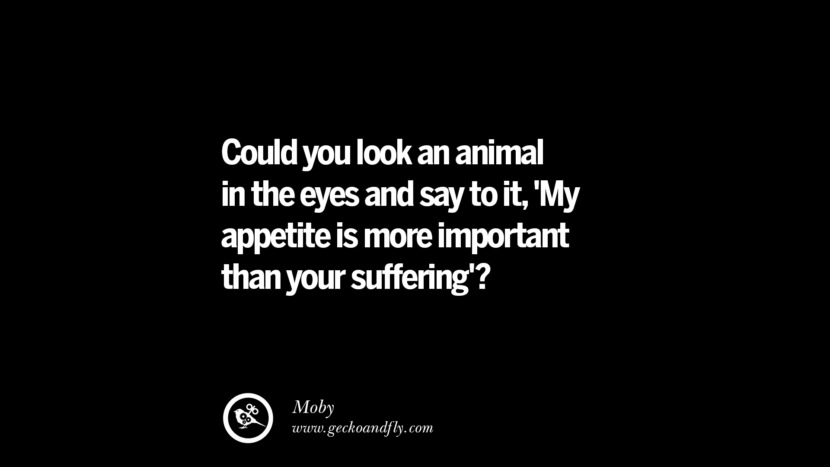 Could you look an animal in the eyes and say to it, ‘My appetite is more important than your suffering’? – Moby 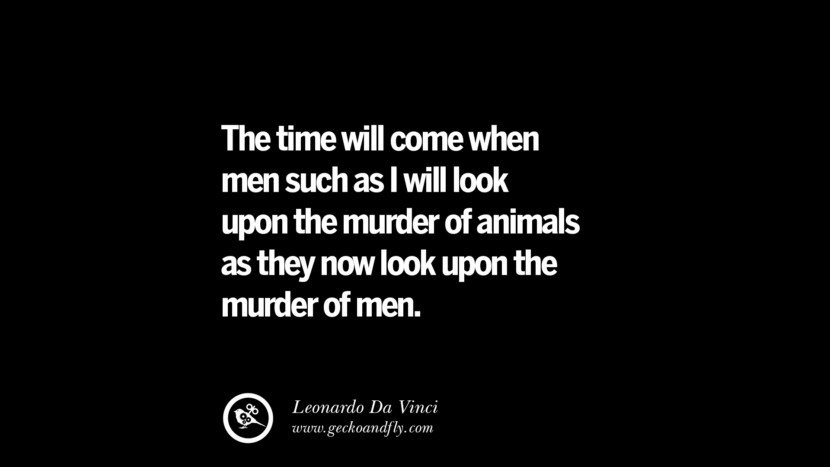 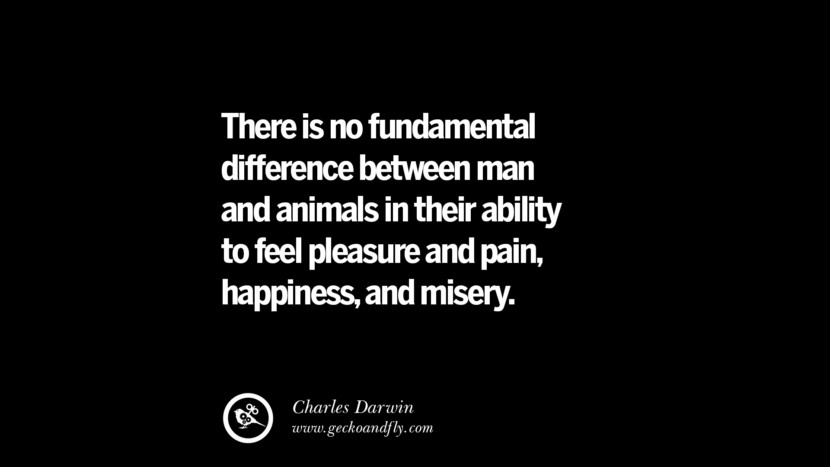 There is no fundamental difference between man and animals in their ability to feel pleasure and pain, happiness, and misery. – Charles Darwin 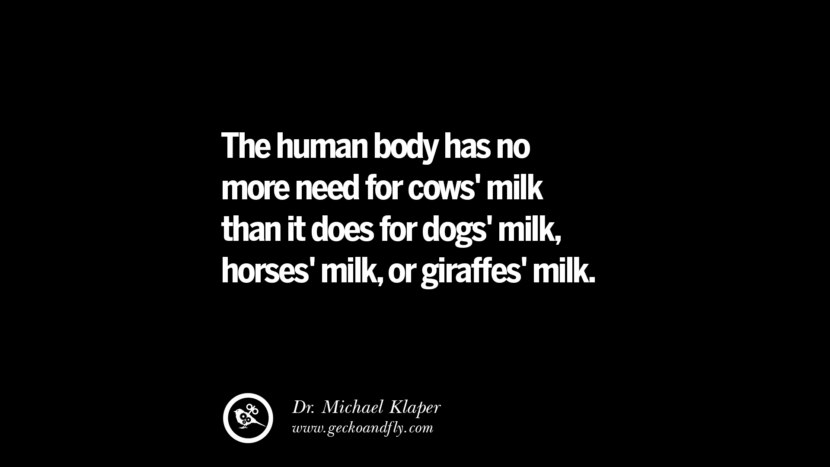 The human body has no more need for cows’ milk than it does for dogs’ milk, horses’ milk, or giraffes’ milk. – Dr. Michael Klaper 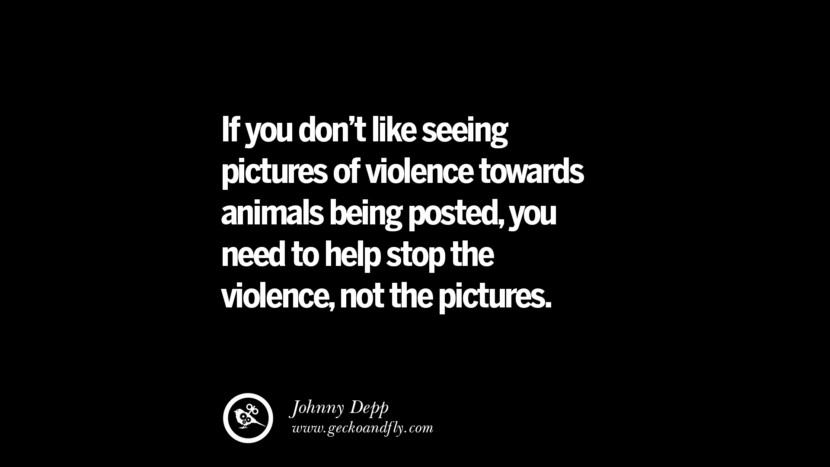 If you don’t like seeing pictures of violence towards animals being posted, you need to help stop the violence, not the pictures. – Johnny Depp 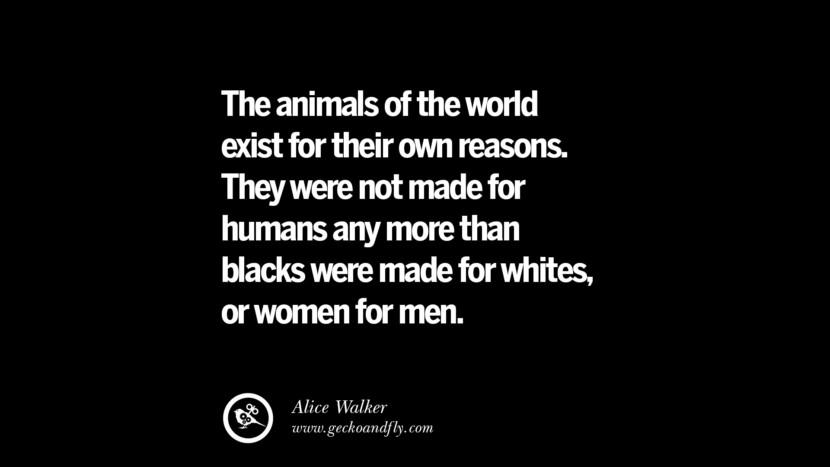 The animals of the world exist for their own reasons. They were not made for humans any more than blacks were made for whites or women for men. – Alice Walker 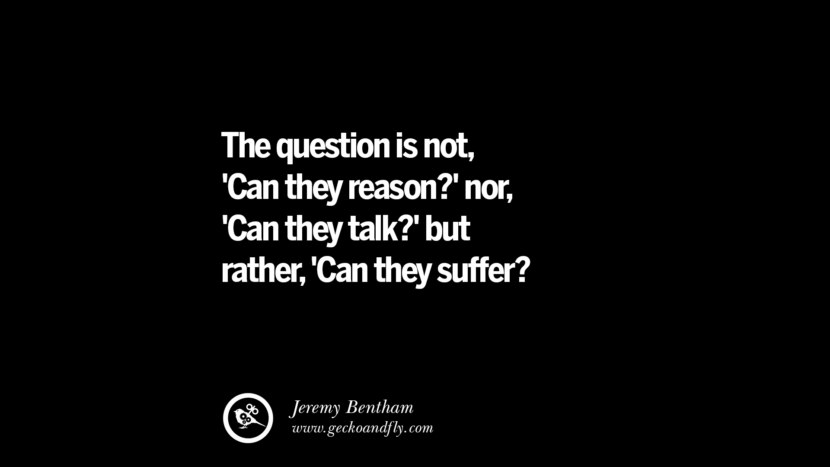 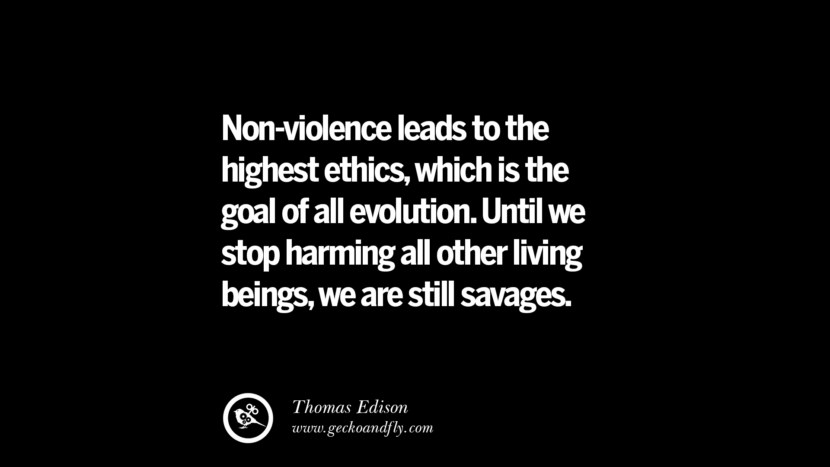 Non-violence leads to the highest ethics, which is the goal of all evolution. Until we stop harming all other living beings, we are still savages. – Thomas Edison 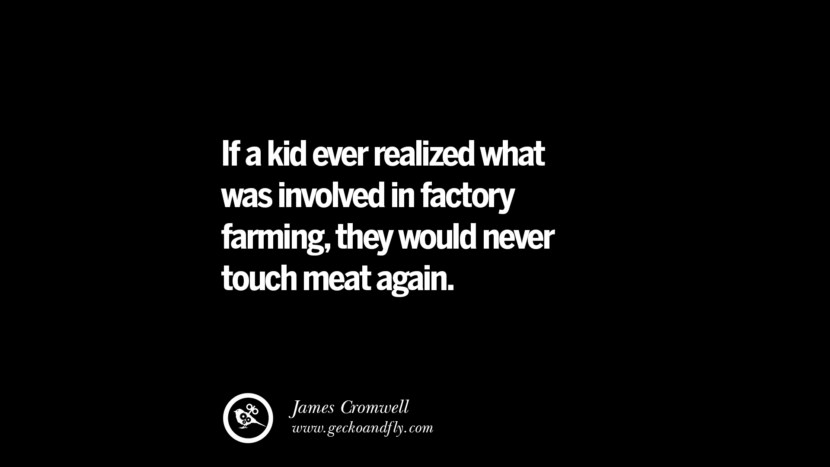 If a kid ever realized what was involved in factory farming, they would never touch meat again. – James Cromwell

10 Quote by Paul McCartney on Vegetarianism, Life and Love

12 Beautiful Tombstone Quotes For Your Beloved Cat or Dog