22 Taxing Quotes On The Good, Bad And Evil Of Federal Income Tax

Nobody loves to part with their money for nothing. I am against raising taxes for no reason, especially spending my tax money on the poor that refuse to work. Some may argue that it is the right thing to tax the rich and distribute the wealth to the poor. One can also argue that if you are able and refuse to work, you should not receive any free money.

I always believe it is the businessman, the entrepreneur, the founders of companies and inventors that create the country. They contributed the most, for instance, Apple and Microsoft. How many jobs were created directly and indirectly by these two tech giants? One may argue that it is the workers that created Apple and Microsoft, if that is the case, why are there 0 giant companies in the old Communist China, old Communist Russia and North Korea?

Everybody needs to pay taxes, the only question is, how much? I’ve come to believe that sometimes it is too much. Everybody knows Bill Gates, Steve Jobs, and Mark Zuckerberg work day and night to start their company, whereas most workers have a steady 9 to 5 job and enjoy their time during weekends. Taxes should not be a punishment for working hard, and just like going to the mall, the more you buy, the cheaper it is, the harder you work, the less tax you should pay. Tax brackets should be structured in a way that the more you earn, the less you pay, this will encourage people to work even harder – fair tax rates! 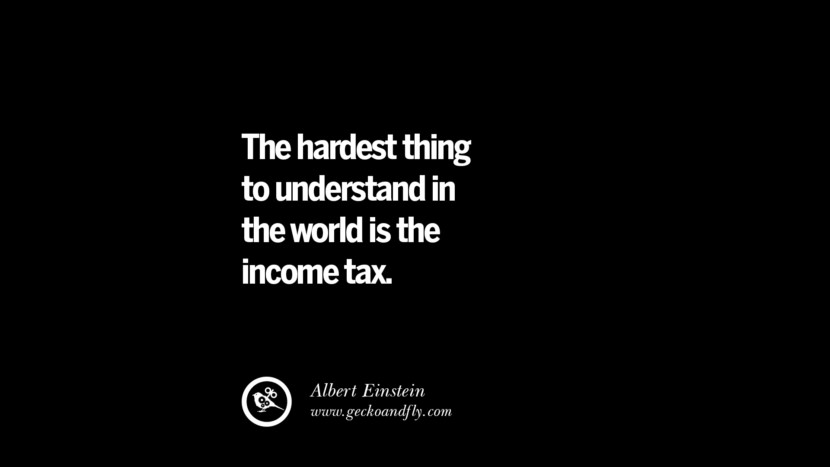 The hardest thing to understand in the world is the income tax. – Albert Einstein 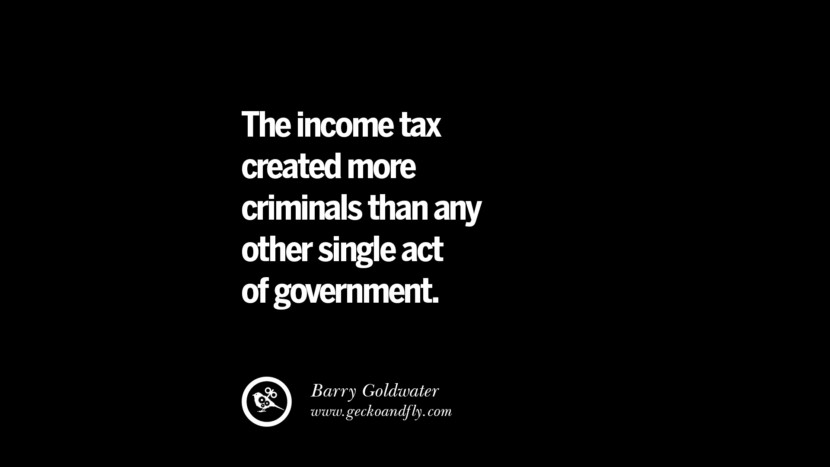 The income tax created more criminals than any other single act of government. – Barry Goldwater 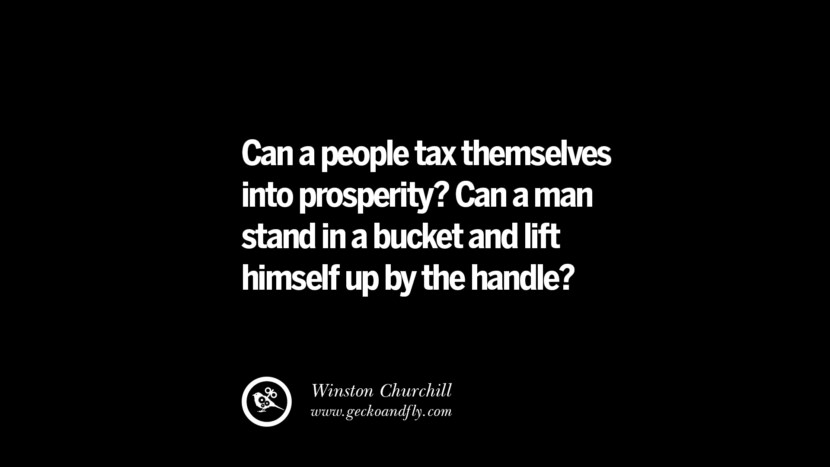 Can a people tax themselves into prosperity? Can a man stand in a bucket and lift himself up by the handle? – Winston Churchill 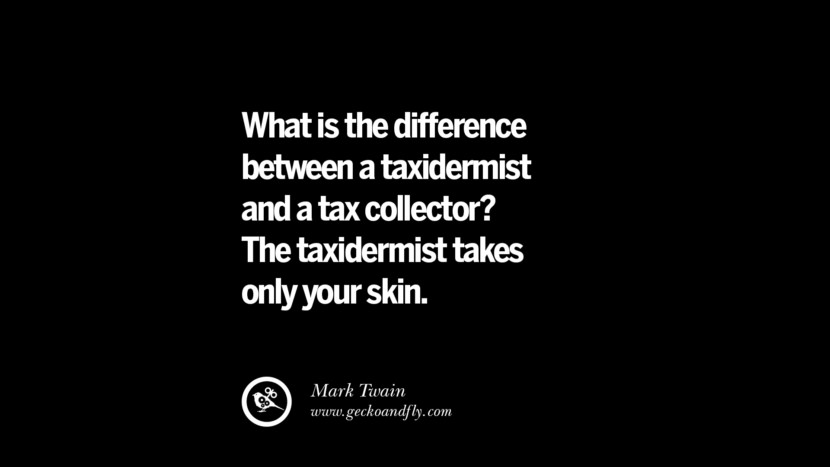 What is the difference between a taxidermist and a tax collector? The taxidermist takes only your skin. – Mark Twain 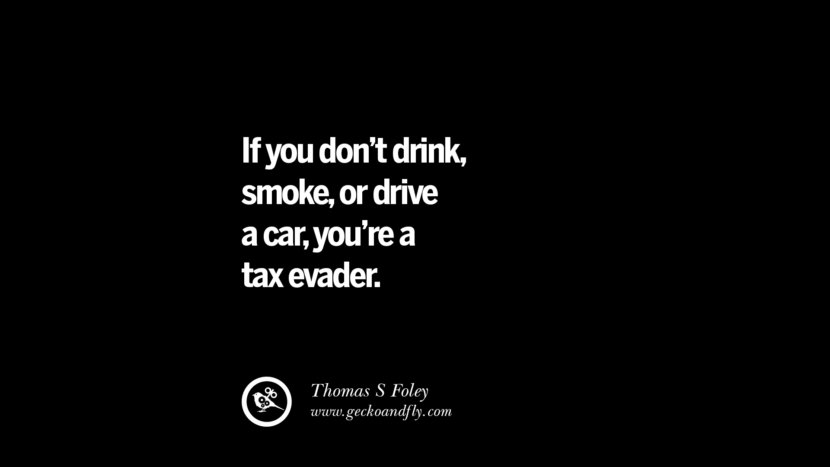 If you don’t drink, smoke, or drive a car, you’re a tax evader. – Thomas S Foley 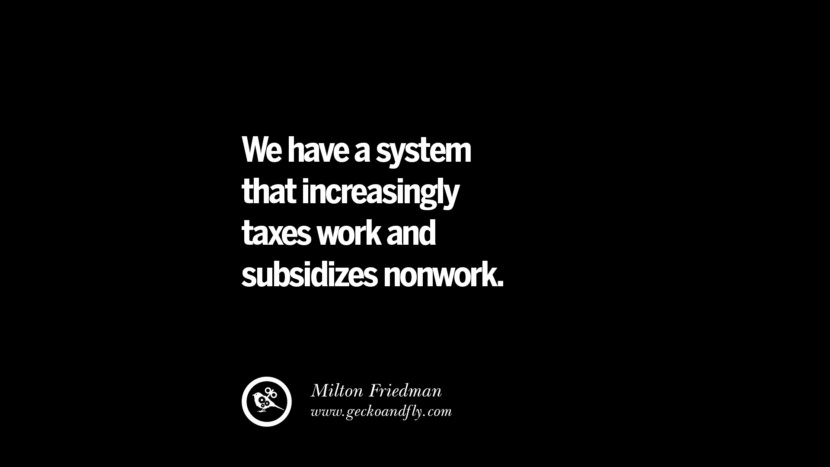 We have a system that increasingly taxes work and subsidizes nonwork. – Milton Friedman 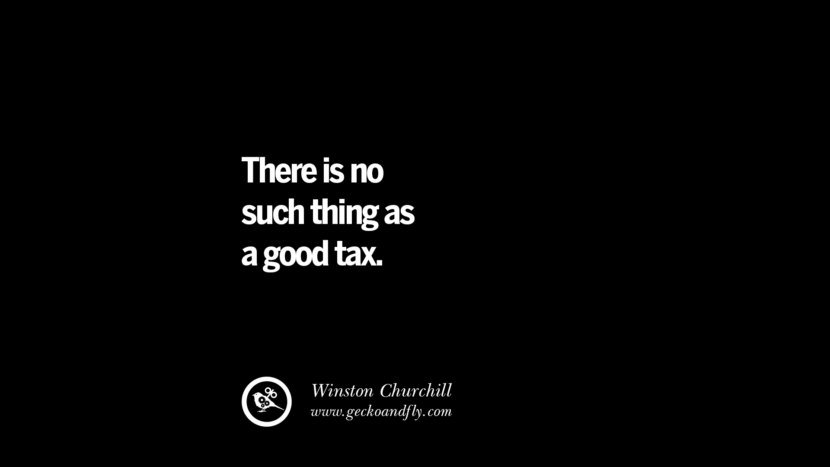 There is no such thing as a good tax. – Winston Churchill 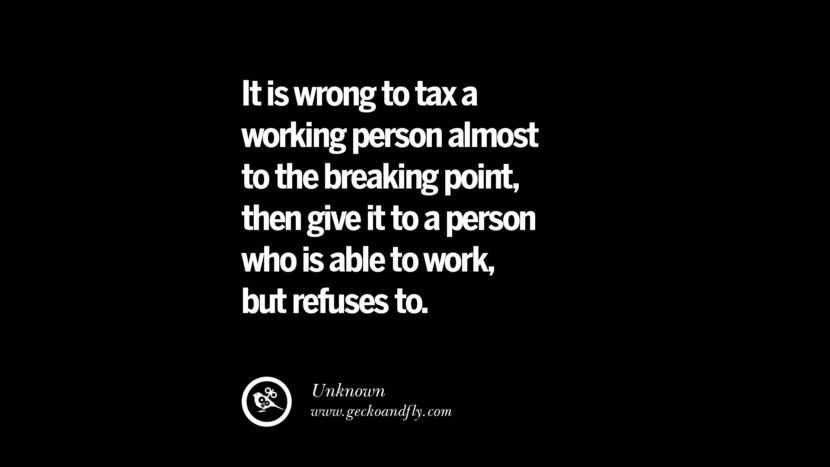 It is wrong to tax a working person almost to the breaking point, then give it to a person who is able to work, but refuses to. – Unknown 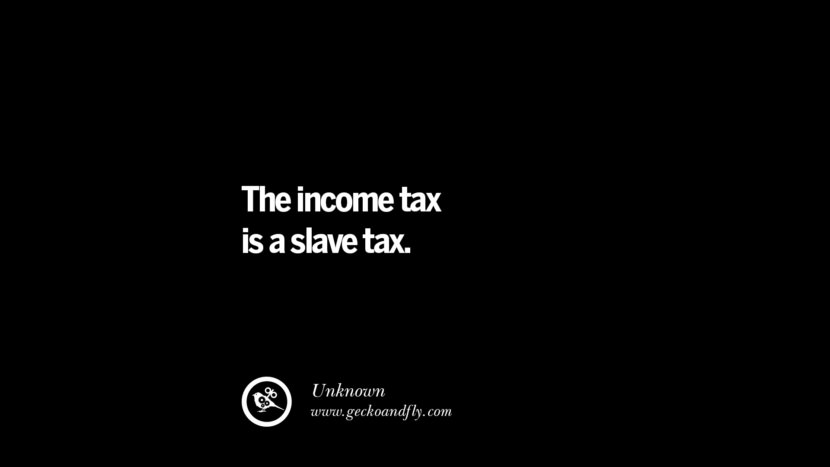 The income tax is a slave tax. – Unknown 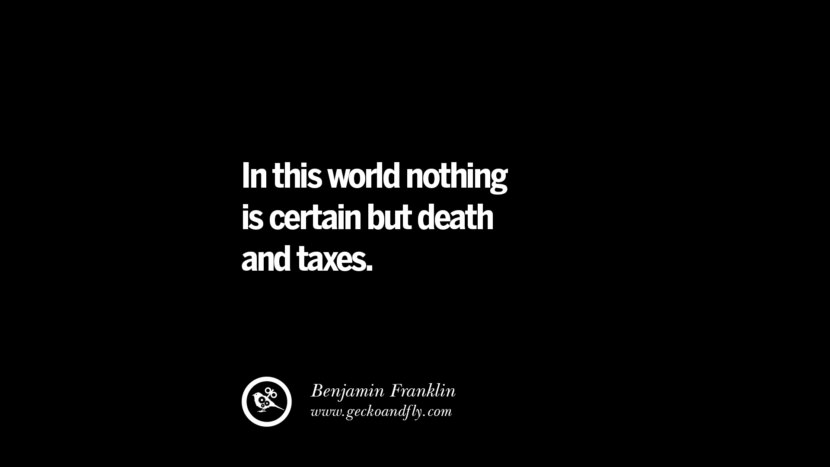 In this world nothing is certain but death and taxes. – Benjamin Franklin 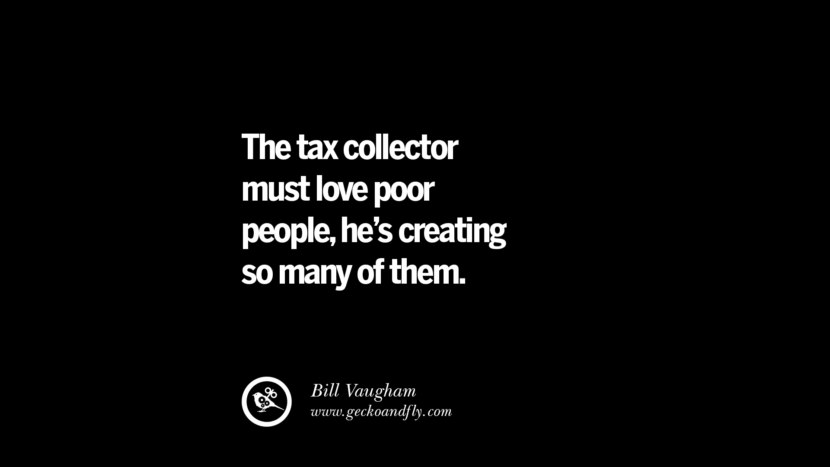 The tax collector must love poor people, he’s creating so many of them. Bill Vaugham 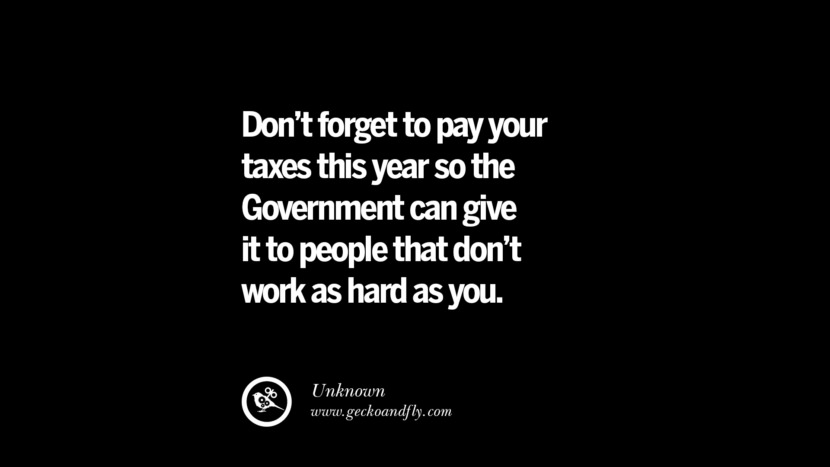 Don’t forget to pay your taxes this year so the Government can give it to people that don’t work as hard as you. – Unknown 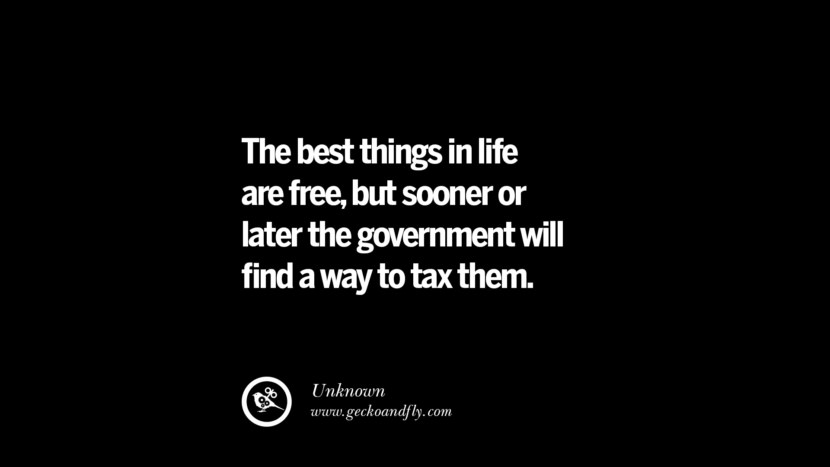 The best things in life are free, but sooner or later the government will find a way to tax them. – Unknown 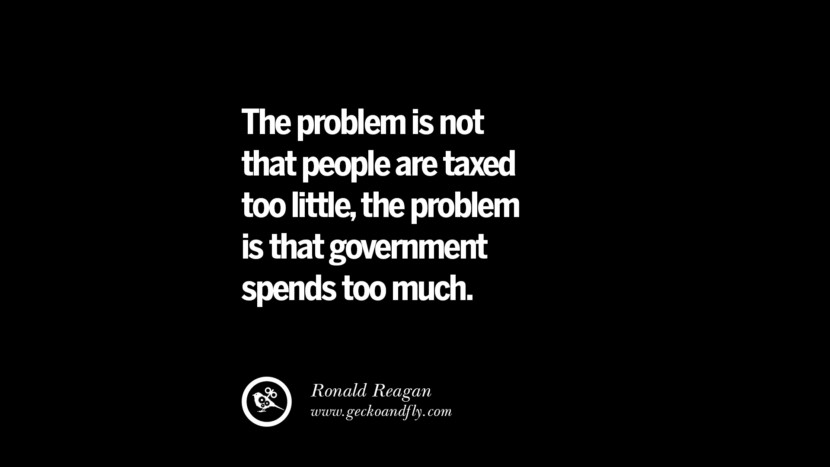 The problem is not that people are taxed too little, the problem is that government spends too much. – Ronald Reagan 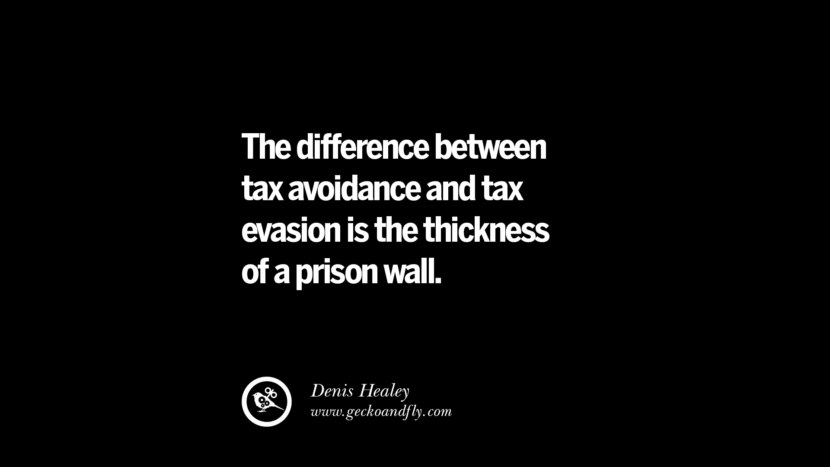 The difference between tax avoidance and tax evasion is the thickness of a prison wall. – Denis Healey 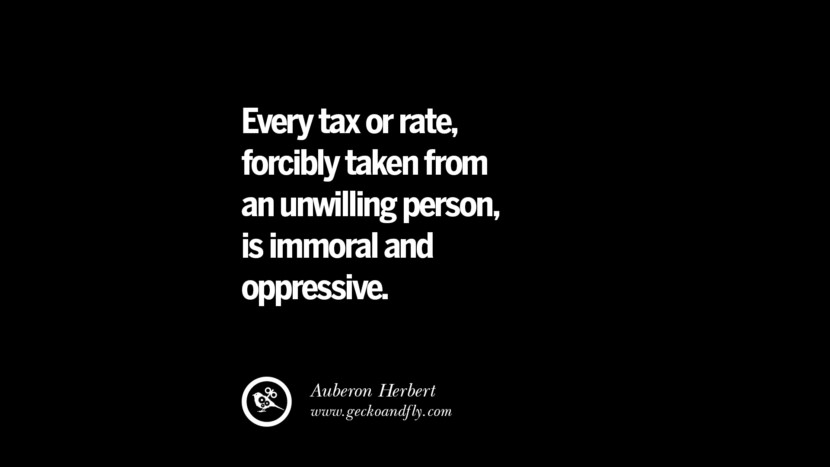 Every tax or rate, forcibly taken from an unwilling person, is immoral and oppressive. – Auberon Herbert 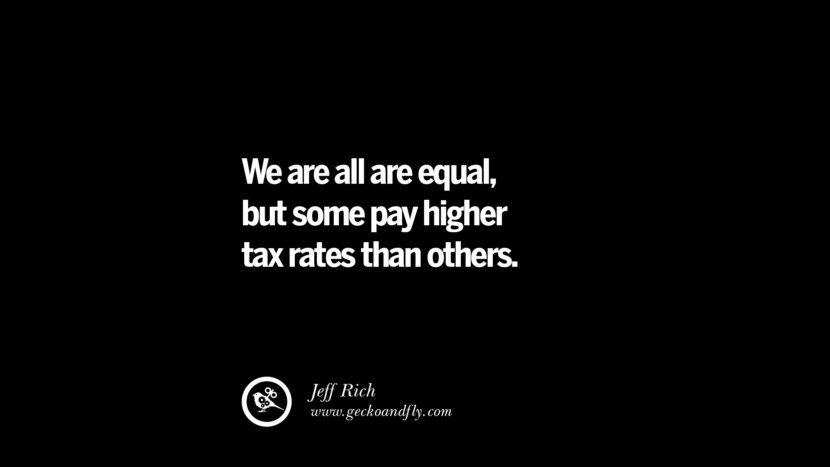 We are all equal but some pay higher tax rates than others. – Jeff Rich 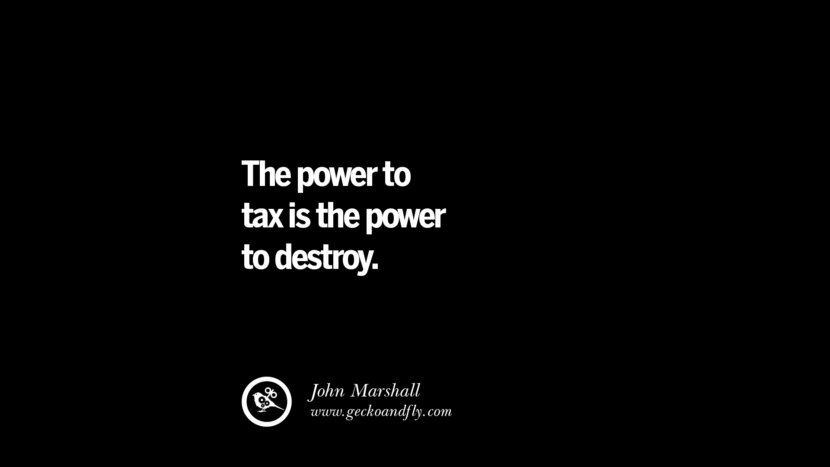 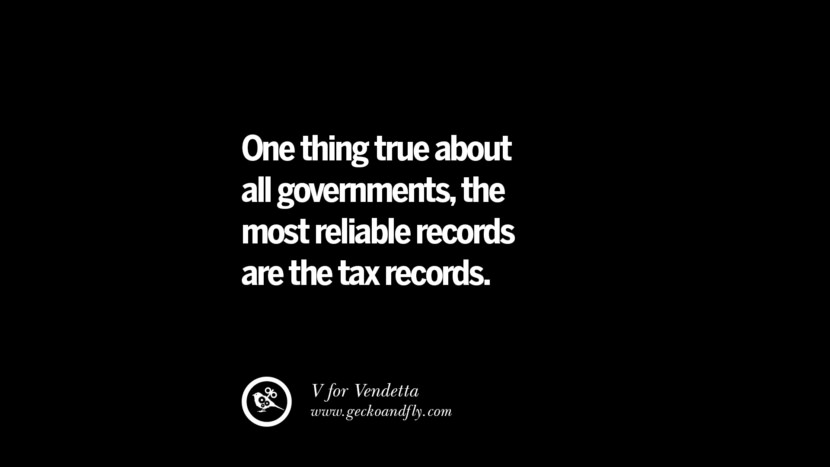 One thing true about all governments, the most reliable records are the tax records. – V for Vendetta 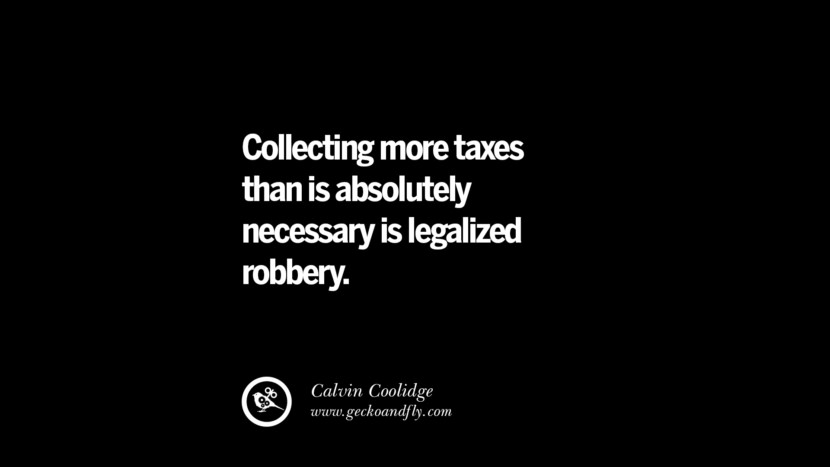 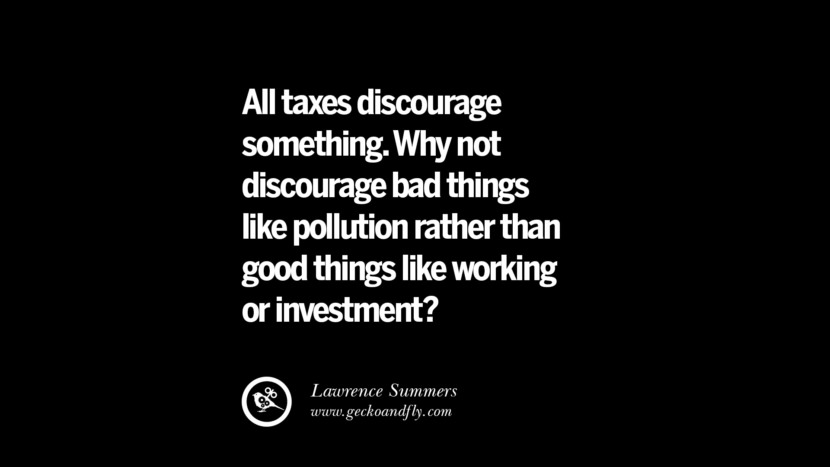 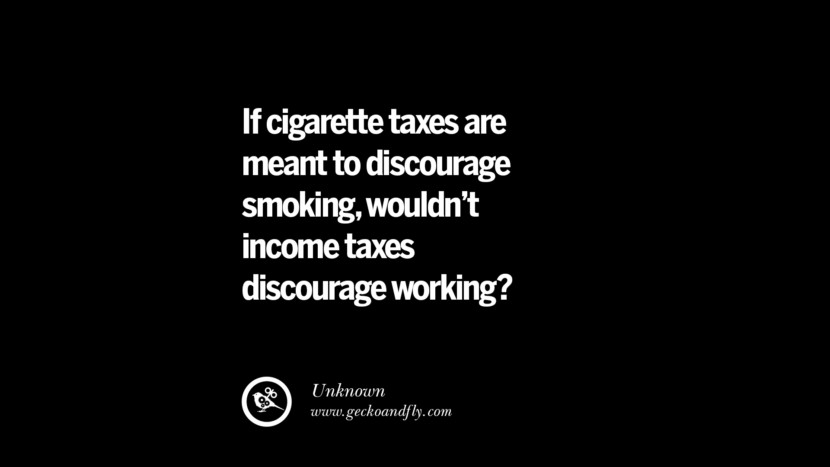