How to successfully commit suicide painlessly? What is the easiest way of suicide? If you are googling these keywords or happened to know someone that is depress and contempt suicide, the best way to help yourself or your friend is to listen.

😭 😍 😂 65 Courageous Quotes On Giving Up An Unhealthy Relationship

Most people who consider suicide don’t really want to die, they just don’t know how to cope with or eliminate the pain they are going through. The first signs of a suicidal person is depression, followed by isolationism and eventually suicidal idealization. Without further ado, here are 30 poster quotes on helping your friends with suicidal thoughts, share it on Facebook, Tumblr or Twitter, create awareness.

Remember, because if you kill yourself, you’re also going to kill the people who love you. What if you want your family to feel that pain? Then I have bad news, the best revenge is not to end your life, the best revenge is to grow stronger and be better to prove them wrong.

On feeling depressed and suicidal, there remains a huge amount of stigma around depression, but if we look at what an average human is up against, feelings of depression are entirely normal, indeed, to be expected. We don’t need to compound our misery through a sense that it’s either unusual or unwarranted. 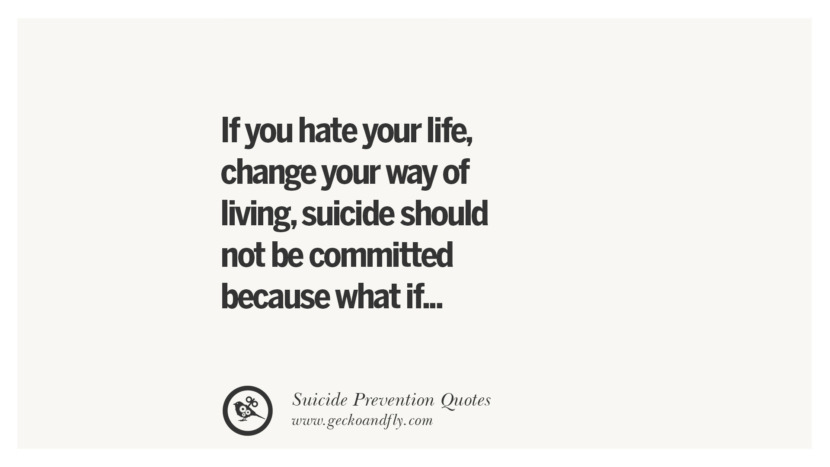 If you hate your life, change your way of living, suicide should not be committed because what if… 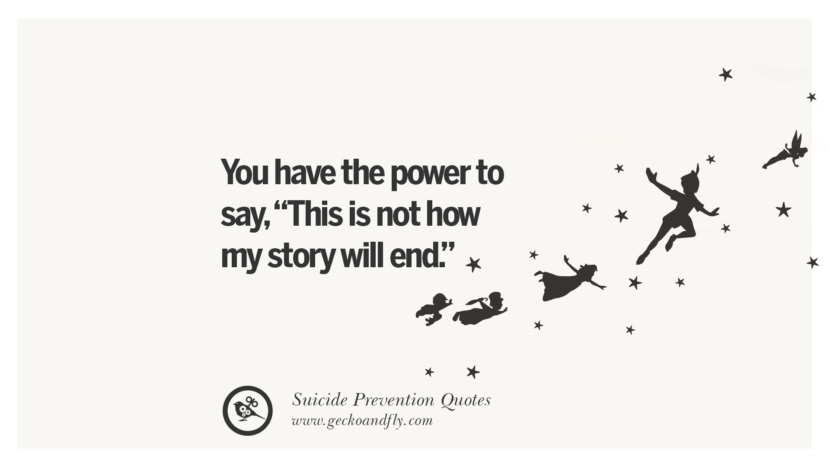 You have the power to say, “This is not how my story will end.” 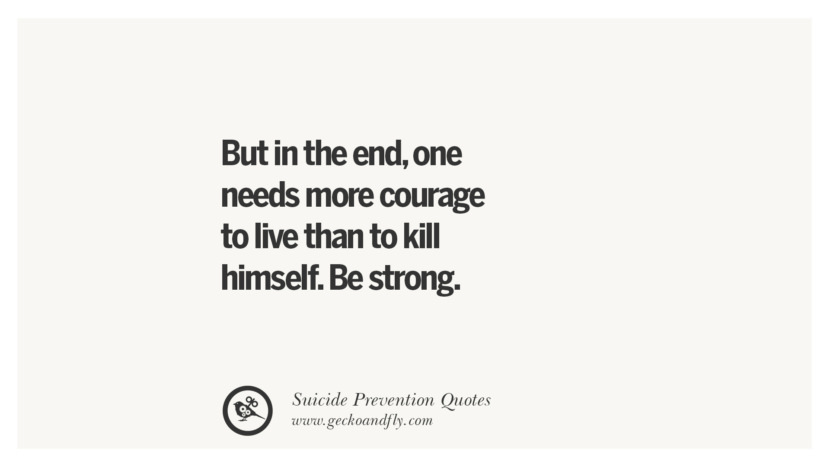 But in the end, one needs more courage to live than to kill himself. Be strong. 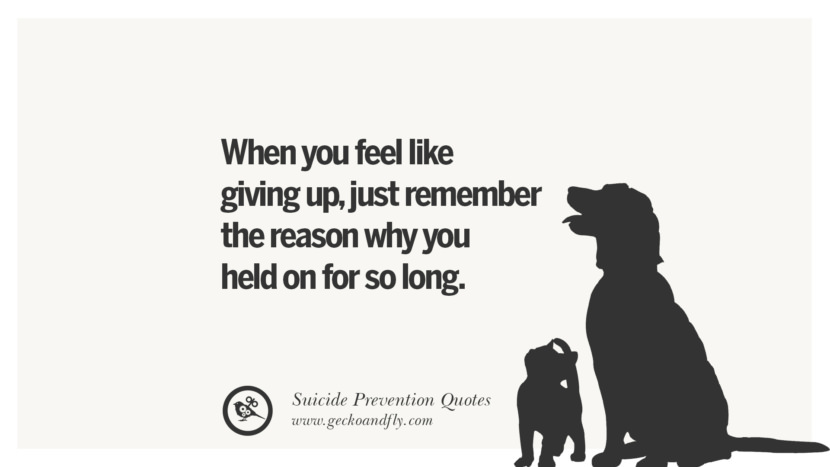 When you feel like giving up, just remember the reason why you held on for so long. 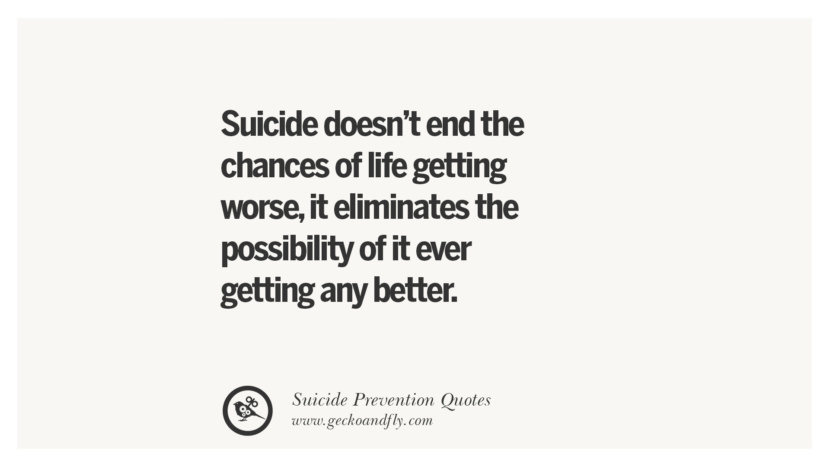 Suicide doesn’t end the chances of life getting worse, it eliminates the possibility of it ever getting any better. 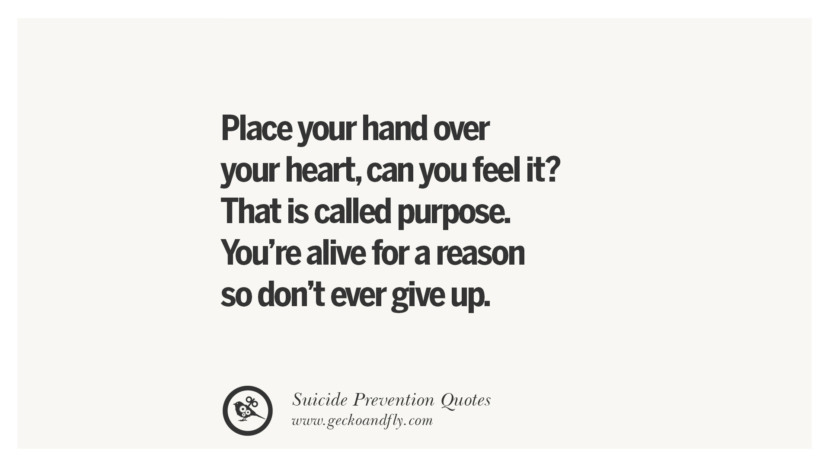 Place your hand over your heart, can you feel it? That is called purpose. You’re alive for a reason so don’t ever give up. 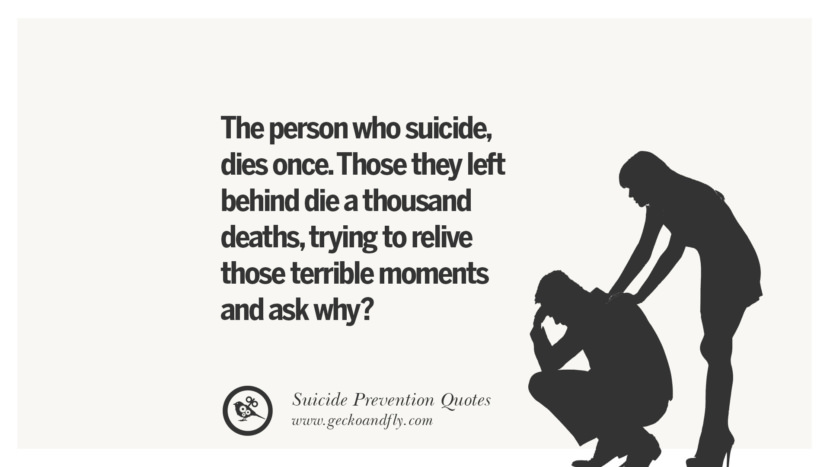 The person who suicide, dies once. Those they left behind die a thousand deaths, trying to relive those terrible moments and ask why? 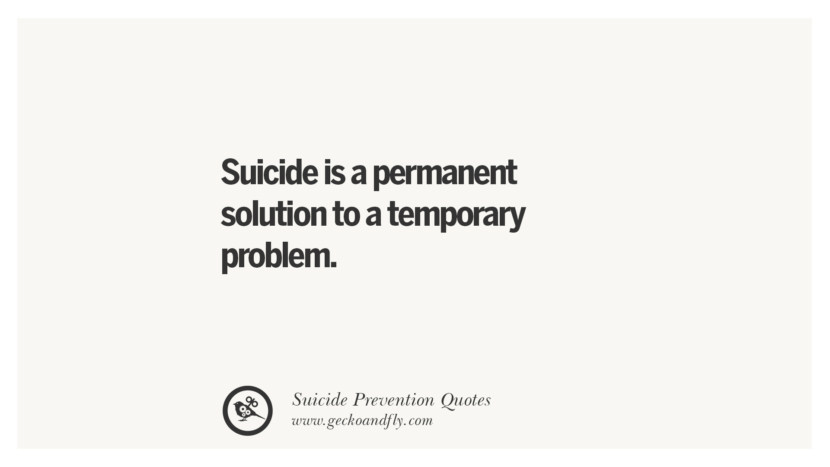 Suicide is a permanent solution to a temporary problem. 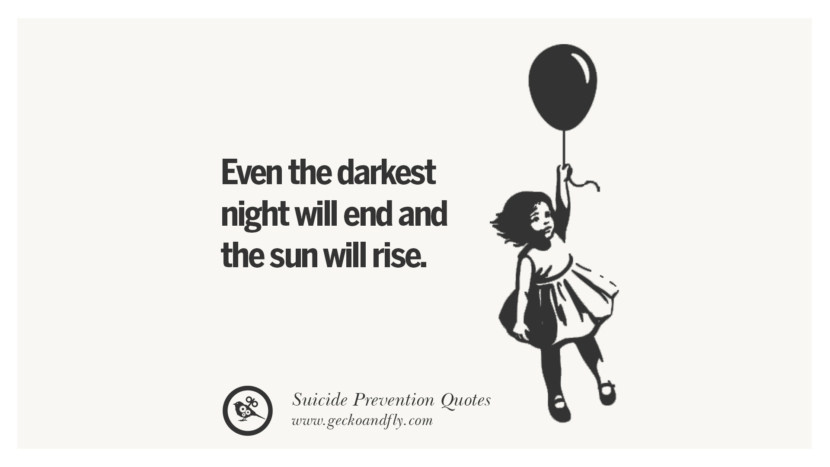 Even the darkest night will end and the sun will rise. 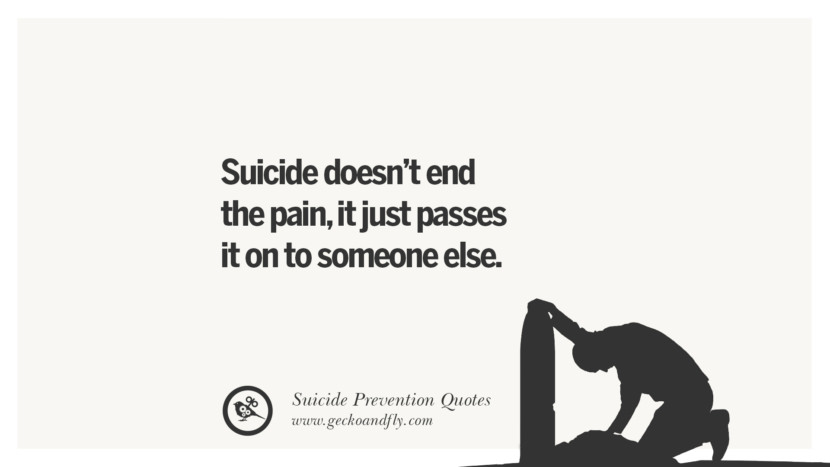 Suicide doesn’t end the pain, it just passes it on to someone else. 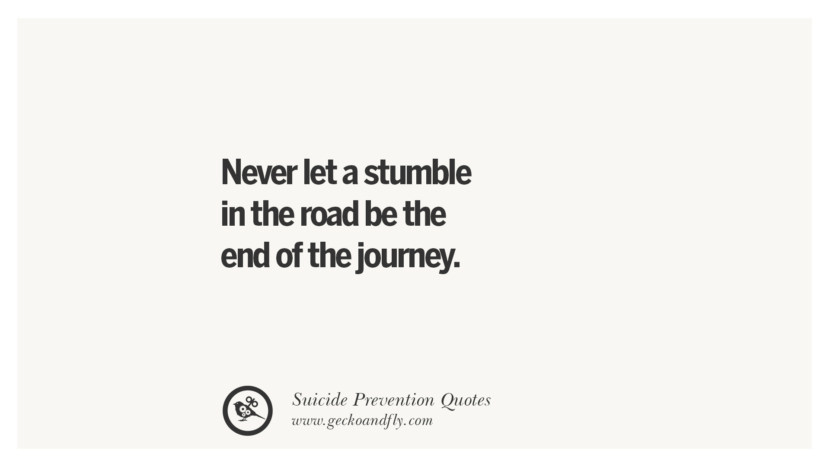 Never let a stumble in the road be the end of the journey. 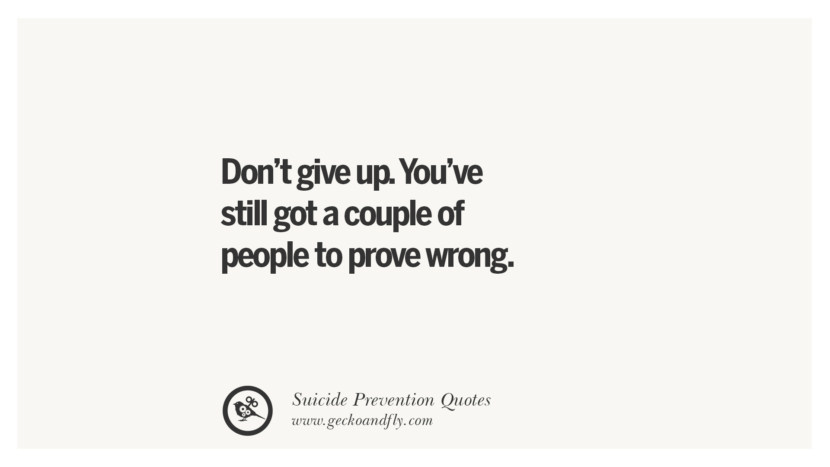 Don’t give up. You’re still got a couple of people to prove wrong. 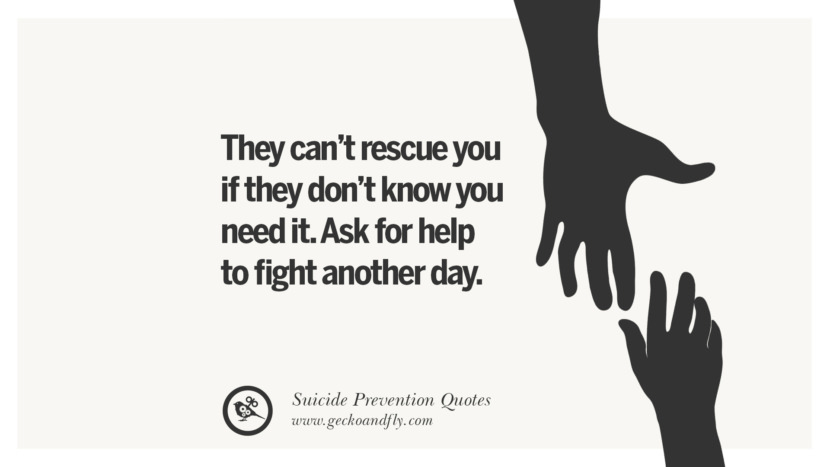 They can’t rescue you if they don’t know you need it. Ask for help to fight another day. 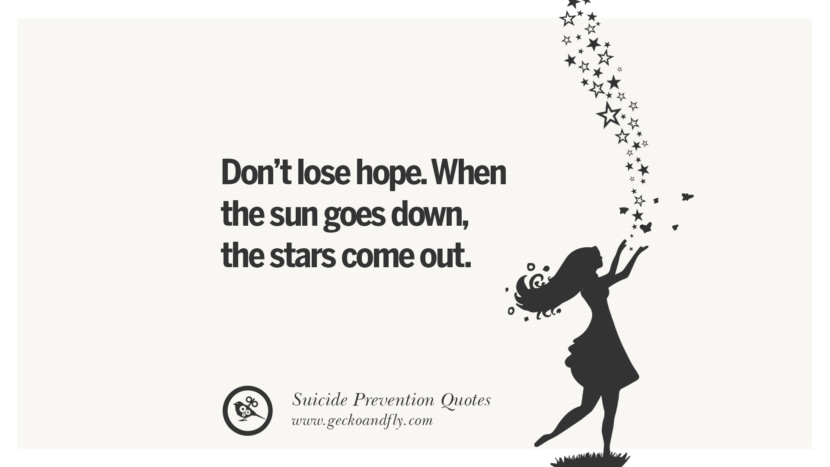 Don’t lose hope. When the sun goes down, the stars come out. 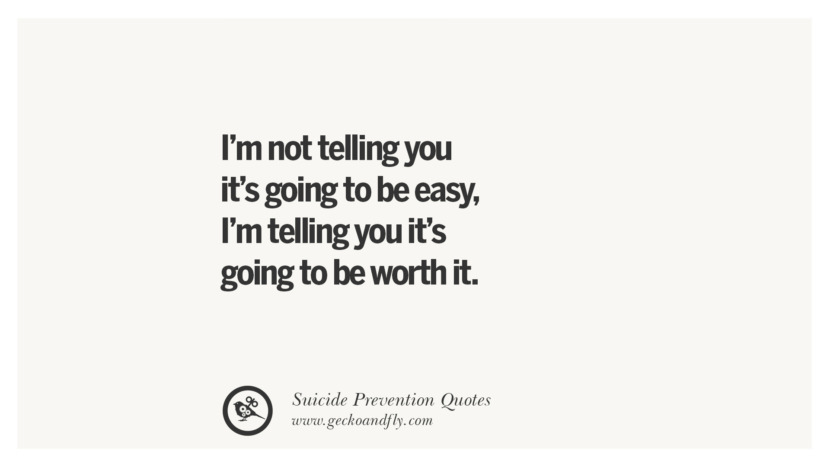 Sometimes the best thing you can do is not thinking, not wondering, not imagining, not obsessing and just breathing. Have faith that everything will work out for the best. 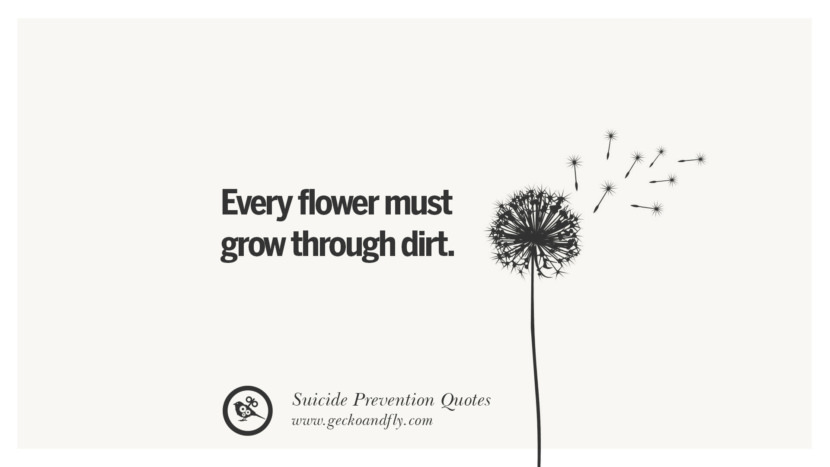 Every flower must grow through dirt. 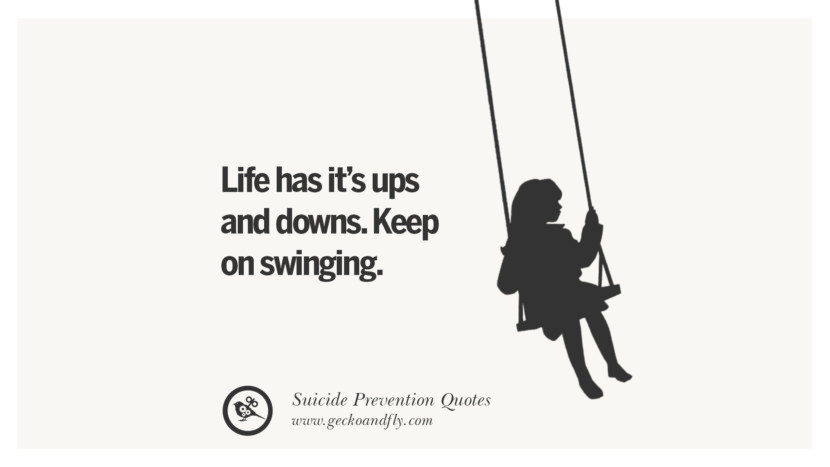 Life has it’s ups and downs. Keep on swinging. 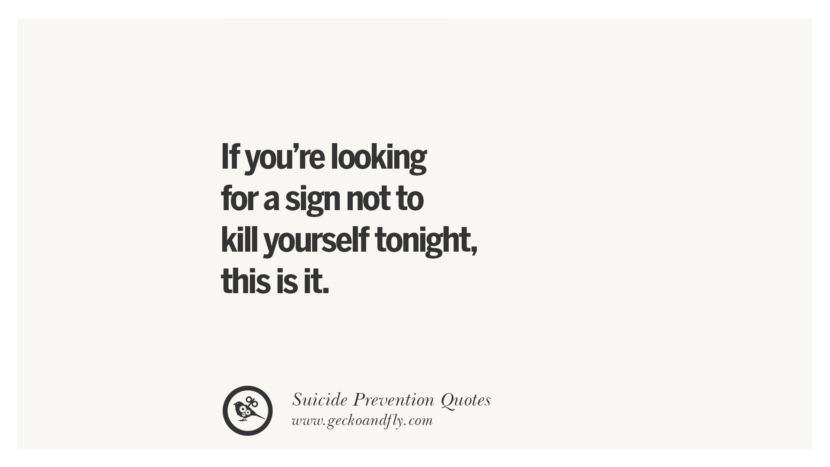 If you’re looking for a sign not to kill yourself tonight, this is it. 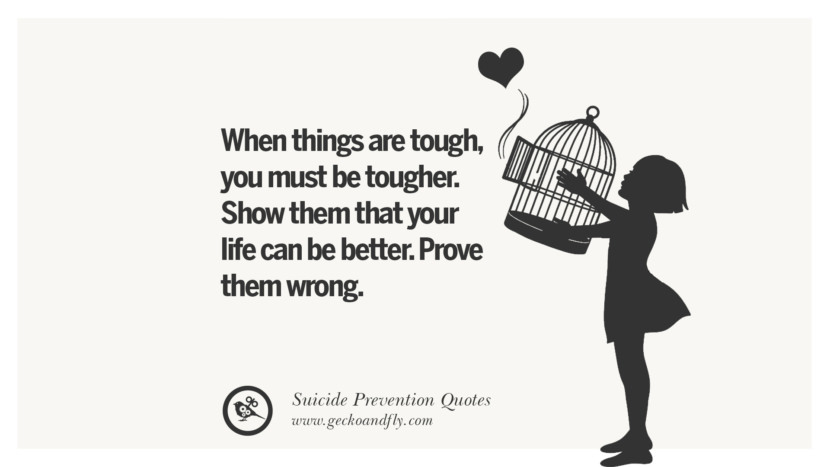 When things are tough, you must be tougher. Show them that your life can be better. Prove them wrong. 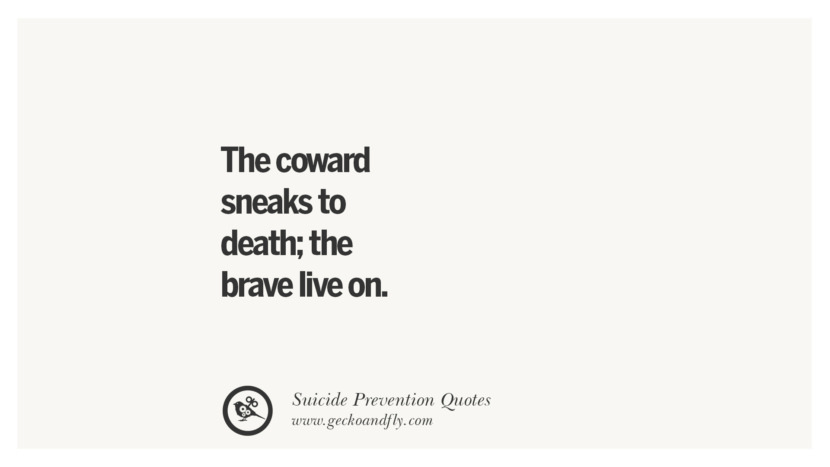 The coward sneaks to death; the brave live on. 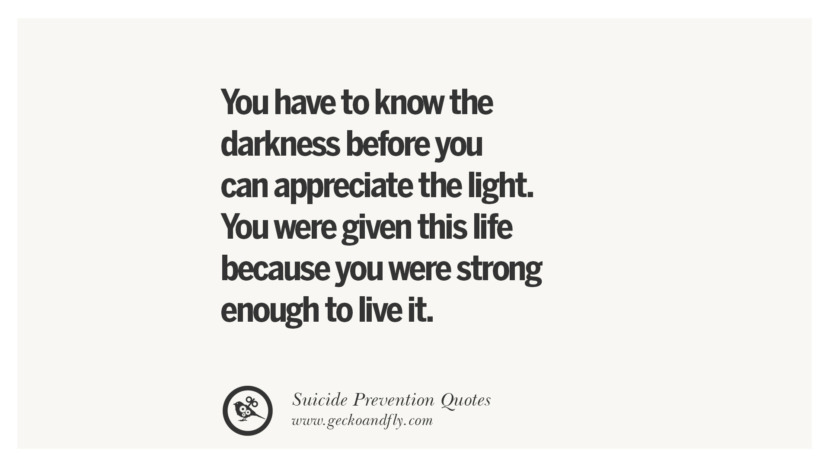 You have to know the darkness before you can appreciate the light. You were given this life because you were strong enough to live it. 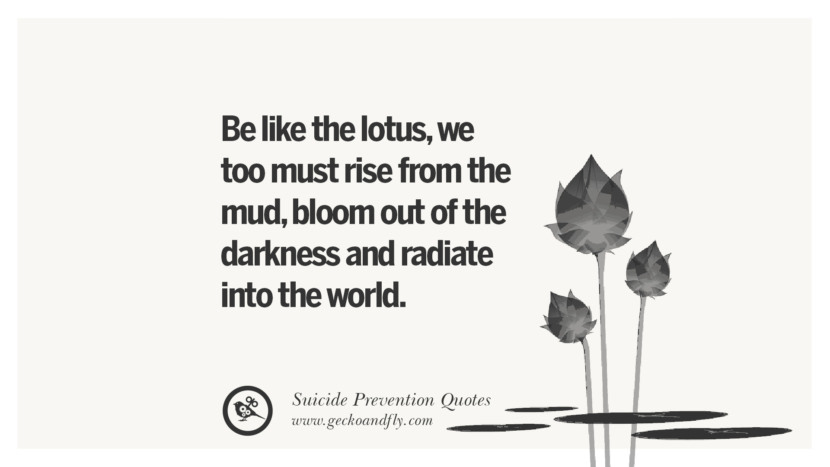 Be like the lotus, we too must rise from the mud, bloom out of the darkness and radiate into the world. 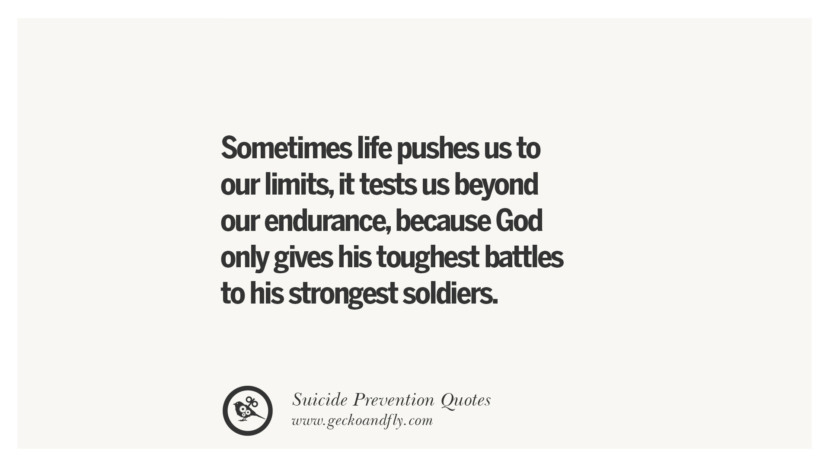 Sometimes life pushes us to our limits, it tests us beyond our endurance, because God only gives his toughest battles to his strongest soldiers. 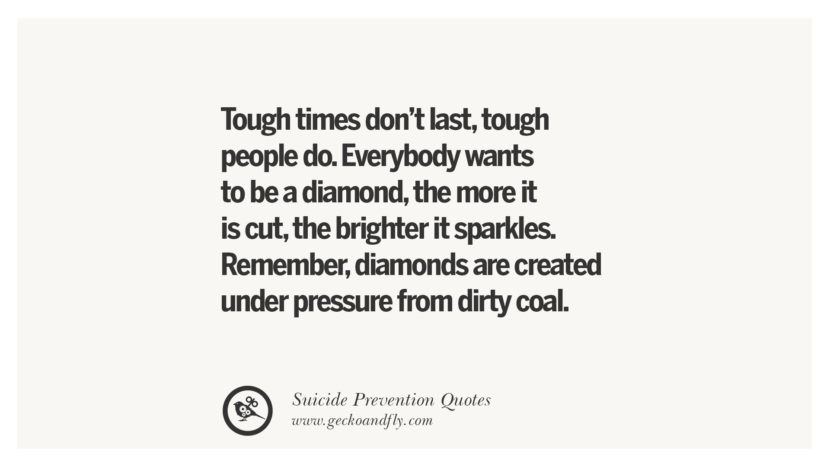 Tough times don’t last, tough people do. Everybody wants to be a diamond, the more it is cut, the brighter it sparkles. Remember, diamonds are created under pressure from dirty coal. 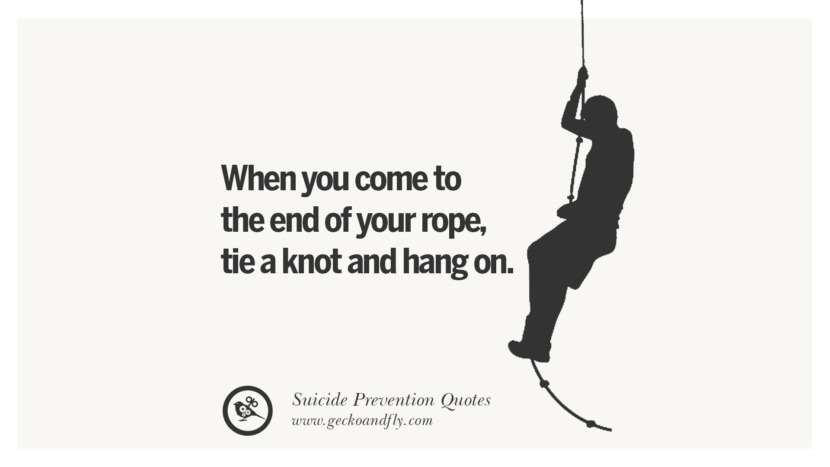 When you come to the end of your rope, tie a knot and hang on. 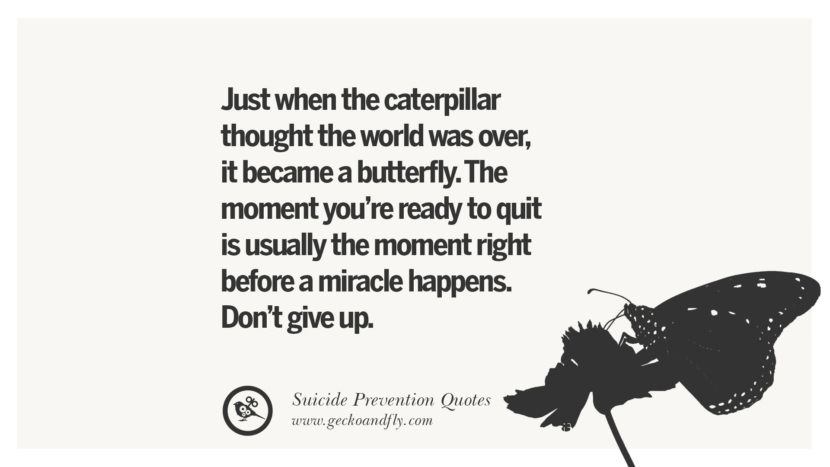 Just when the caterpillar thought the world was over, it became a butterfly. The moment you’re ready to quit is usually the moment right before a miracle happens. Don’t give up. 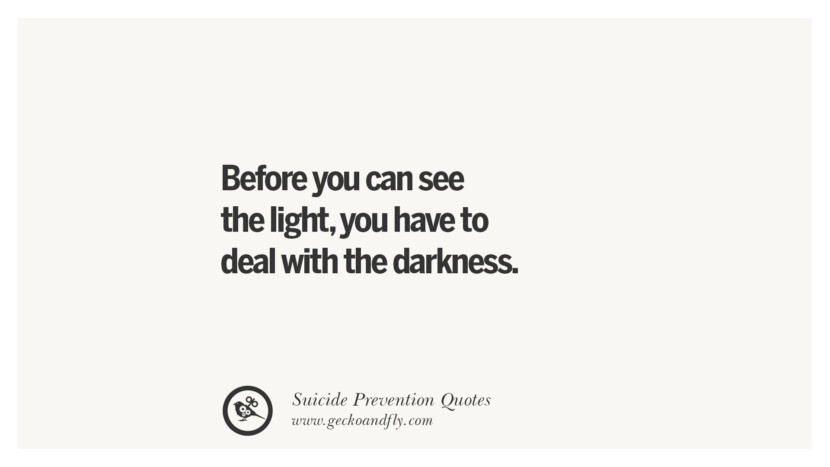 Before you can see the light, you have to deal with the darkness. 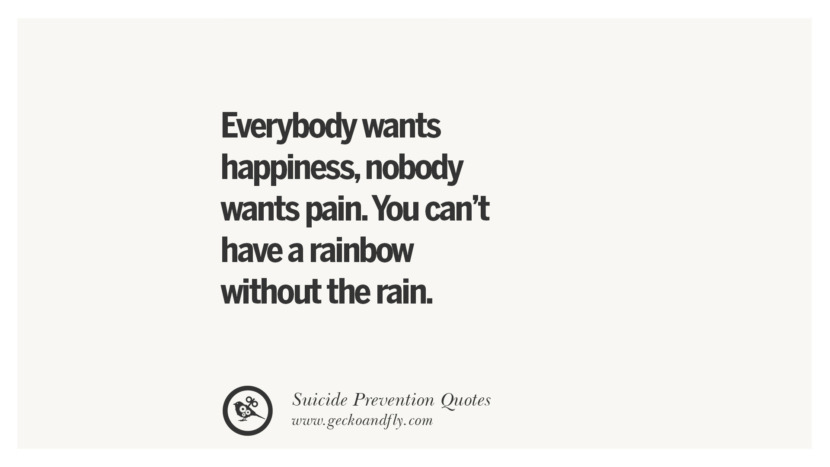 Everybody wants happiness, nobody wants pain. You can’t have a rainbow without the rain. 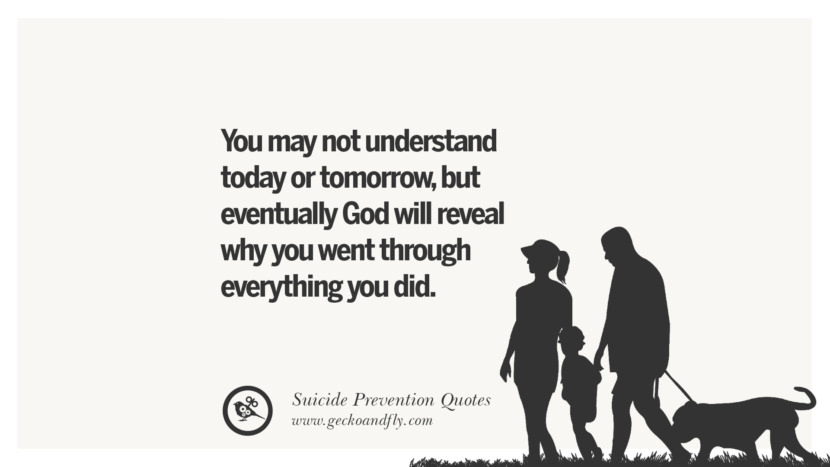 You may not understand today or tomorrow, but eventually God will reveal why you went through everything you did.