Some senior citizens find it hard to use today’s modern smartphone, this includes the user friendly iOS. Even if they are able to learn how to use it, the text and icons can be somewhat too tiny due to their eye sight. The best option is to download an app called Android Launcher, what this app does is it re-style the theme with big icons and text, usually simple 6 icons layout that is minimalist.

Download these apps or launcher, it transforms your phone into an intuitive simple user-friendly interface specifically formulated for anyone who has difficultly with using smartphones. Give your smartphone a completely new look. Large colorful buttons to help those shaky hands. Single touch access to the most frequently called contacts. All the basics of making calls, receiving and sending text messages are simply made stress-free. 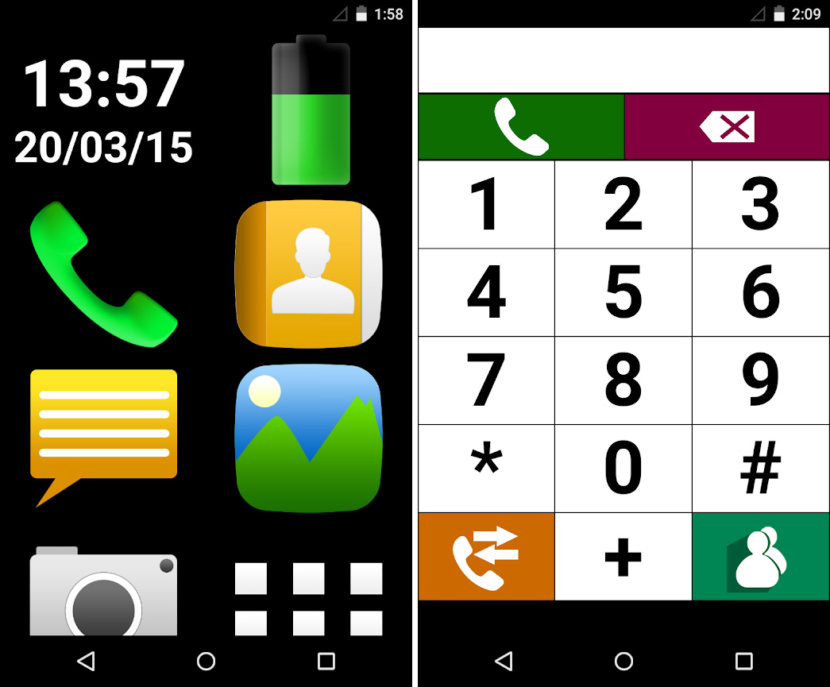 Senior Easy Phone is a launcher or skin that helps the seniors use a smartphone. Very useful for older adults to move their phone to smartphone from basic phone. As shown in the image, it comes with big fonts, big buttons and big text for easy reading. 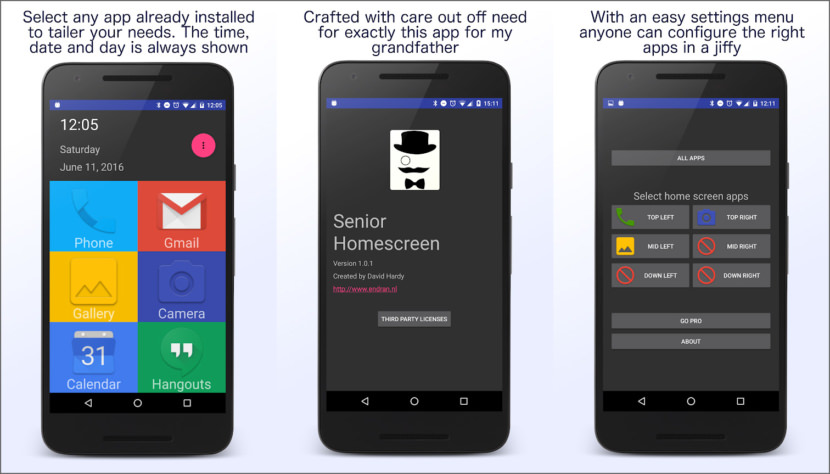 This app is specially crafted the help senior citizens use their smart phone. Usually they only need a few apps, and that’s exactly what this app offers. By default three apps are configured already, but you can change this to whatever app you need. The setup should ideally be done by someone who feels comfortable with smartphones already. 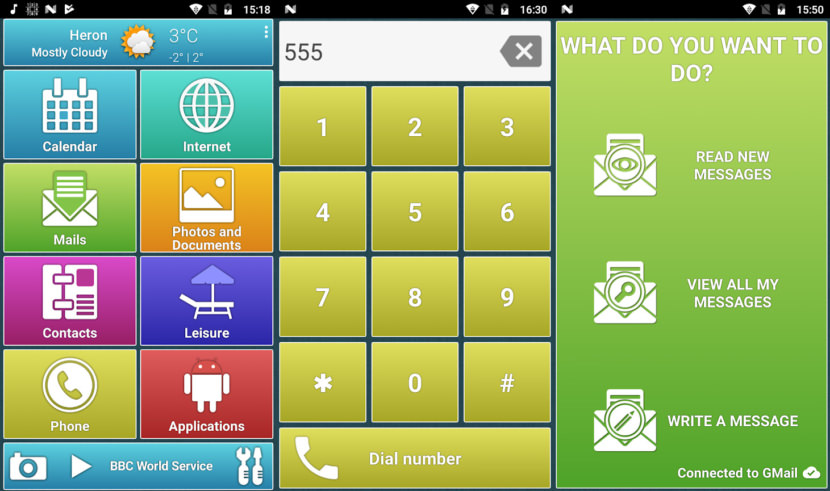 Elementique Senior is a set of applications specially designed for seniors. Thanks to it’s simple, elegant and secure environment, sending an e-mail, managing your agenda, surfing the Internet, playing, sharing photos or chatting with relatives… becomes easier and easier ! Elementique Senior offers a clear, structured and identical environment in each application. The icons are wide and legible, the keyboard is either alphabetic or « qwerty », and the user is guided throughout its use. Tablets and Smartphones keep their access to the Google Play Store, a high tech look and all their possibilities. 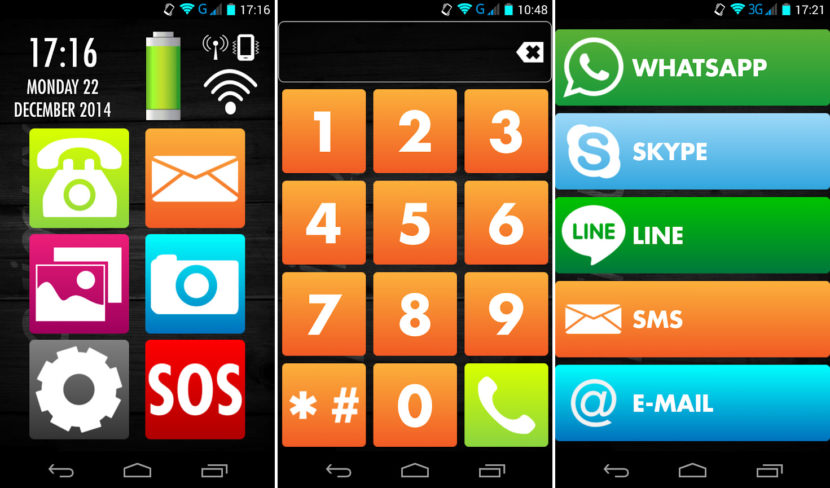 Help Launcher is an app which has been especially designed so that the elderly, blind or visually impaired people, etc. find it easier to use smartphones. Simple menus accessible to everyone, identifying and bold colours, big icons and a perfect font size for a perfect display on any screen.

Thanks to Help Launcher you won’t lose sight of any app. Besides, from the “Messaging” menu you will be able to access apps like Whatsapp®, Telegram®, Skype®, etc. directly, so you are always connected to your friends and family. This launcher combines all the features of high-performance devices with the simplicity of a basic telephone. Its different colours make the app more accessible as the user can easily associate the symbol with the button. Thus, understanding a text is no longer important, which results in a more intuitive use of the device. 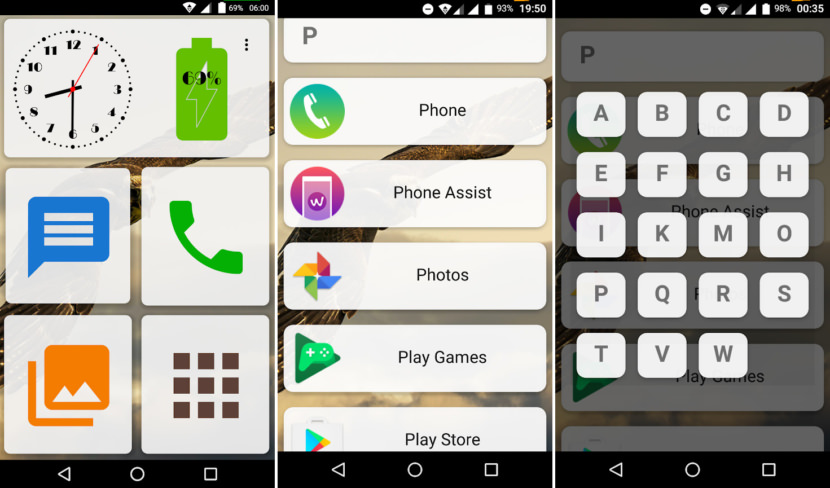 Android home screen launcher based on simplicity. The most commonly used features available to people who use their smartphone primarily for phone calls and messages. 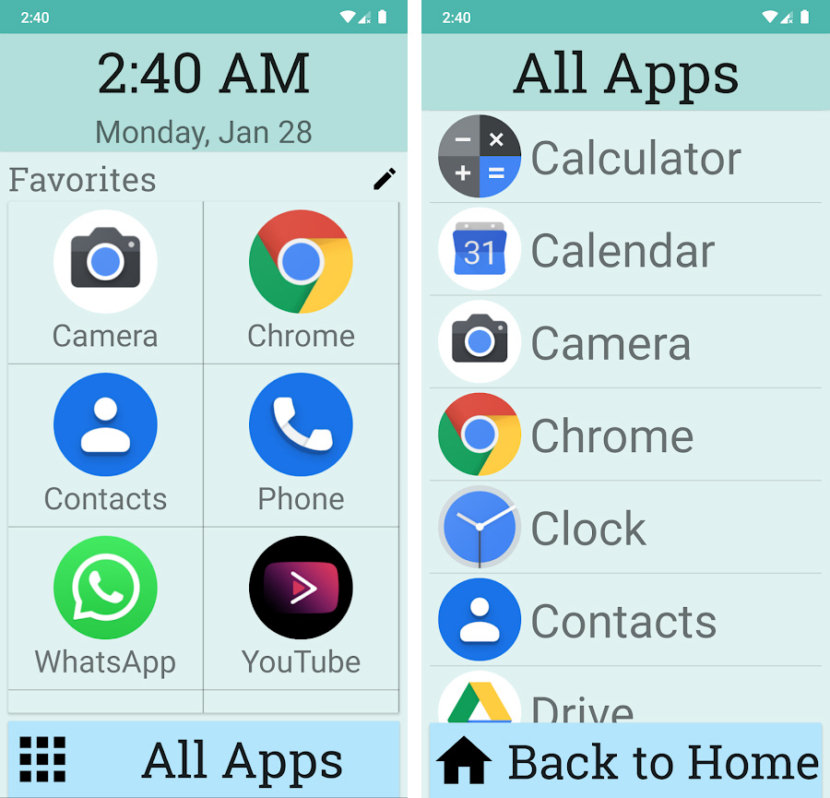 Elder Launcher is an app which makes using an Android device easy for the elderly or first-time smartphone users. In addition to being a launcher, it also has the functionality of dialing phone numbers, listing contacts. 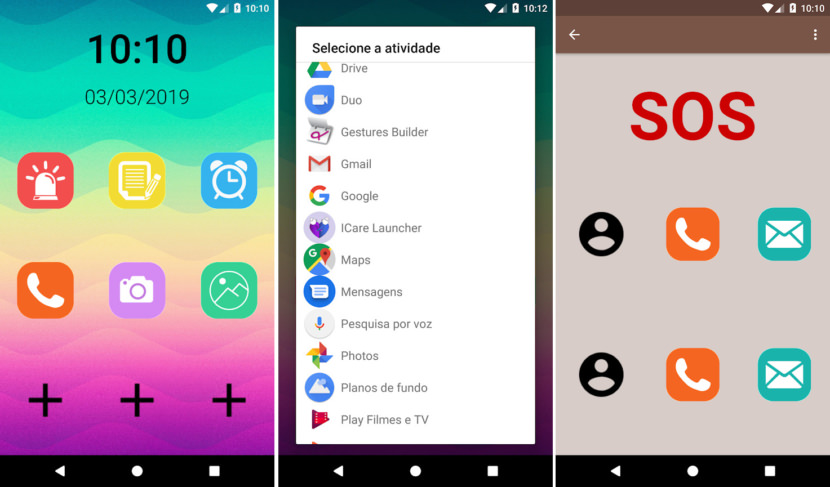 The ICare Launcher application was developed by an independent programmer and was thought from the beginning to facilitate the use of the mobile by the elderly. To accomplish this, three different functionalities have been developed within the launcher:

Six Button Launcher. A launcher designed to cut down the complexity of most modern launchers. Six user definable buttons. Excellent for seniors who are new to smart phones. Click on a plus button to assign an app. Long press settings to clear all assigned buttons. 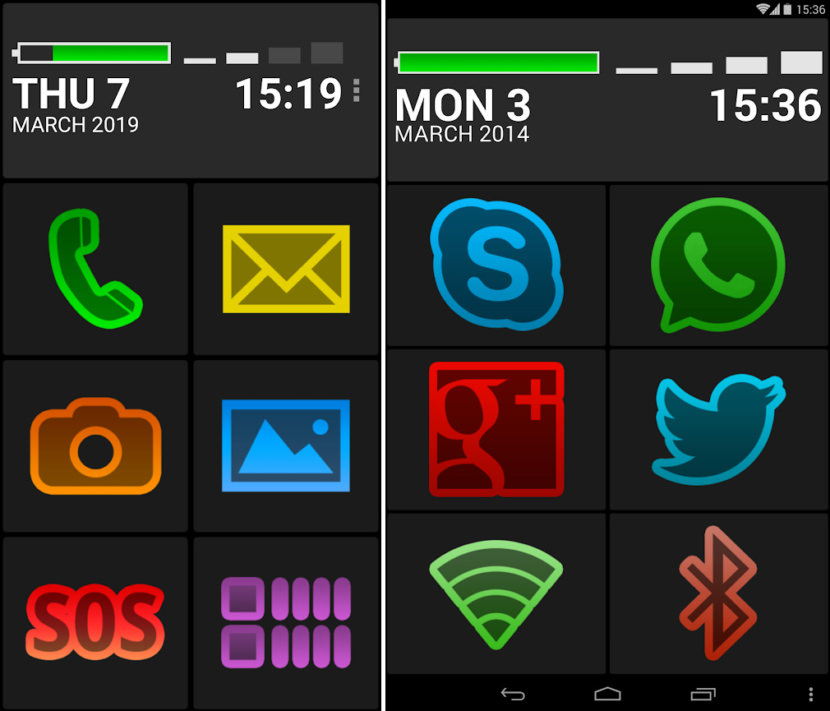 BIG Launcher makes the smartphone suitable for seniors, children, and people with eye diseases, motor problems or the legally blind. Visually impaired and technically challenged users can use the simple and easy-to-read interface with ease. There is no fear of making a mistake and losing everything with stress-free navigation. And it also features the SOS button which can save lives!

Due to the latest update of the Permissions Policy “BIG Launcher” app with all its available features can’t be listed in the Google Play Store. In order to function properly, it requires access to sensitive permissions, which is now limited to all the apps.