Ancient Aliens - Aliens and the Temples of Gold

I love to watch these conspiracy videos, not only is it entertaining, it is funny. Yes, it is history channel with a twist, and the best part is, you get to watch this guy who is known as the ancient aliens guy and his opinions. Very wicked opinions.

What is the name of the Ancient Aliens guy?

Giorgio A. Tsoukalos. He is a Swiss-born Greek writer, television presenter, and proponent of the idea that ancient astronauts interacted with ancient humans 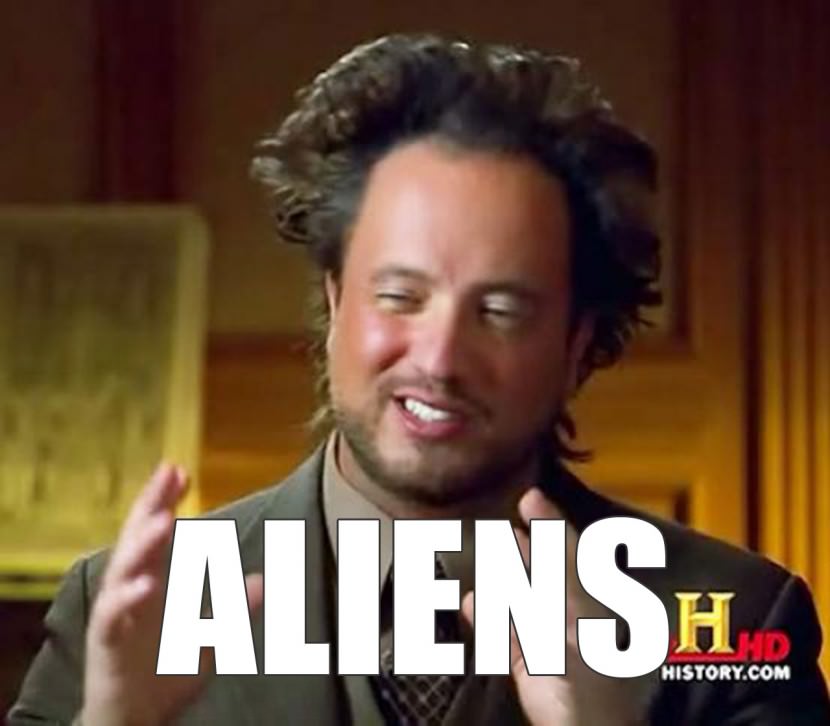 Ancient Aliens Debunked is a 3 hour refutation of the theories proposed on the History Channel series Ancient Aliens. It is essentially a point by point critique of the “ancient astronaut theory” which has been proposed by people like Erich von Däniken and Zecharia Sitchin as well as many others.

Who created man? In this movie, they are our engineers. If you love Ancient Aliens, you must watch Prometheus.

In Greek mythology, Prometheus (/prəˈmiːθiːəs/; Greek: Προμηθεύς, pronounced [promɛːtʰeús], meaning “forethought”) is a Titan, culture hero, and trickster figure who is credited with the creation of man from clay, and who defies the gods and gives fire to humanity, an act that enabled progress and civilization. Prometheus is known for his intelligence and as a champion of mankind.