Really funny Steve Jobs versus Bill Gates jokes. Do share this on Facebook with your geeky friends.

They both probably use Credit Cards or a personal assistance that will always be at their side attending to their needs. 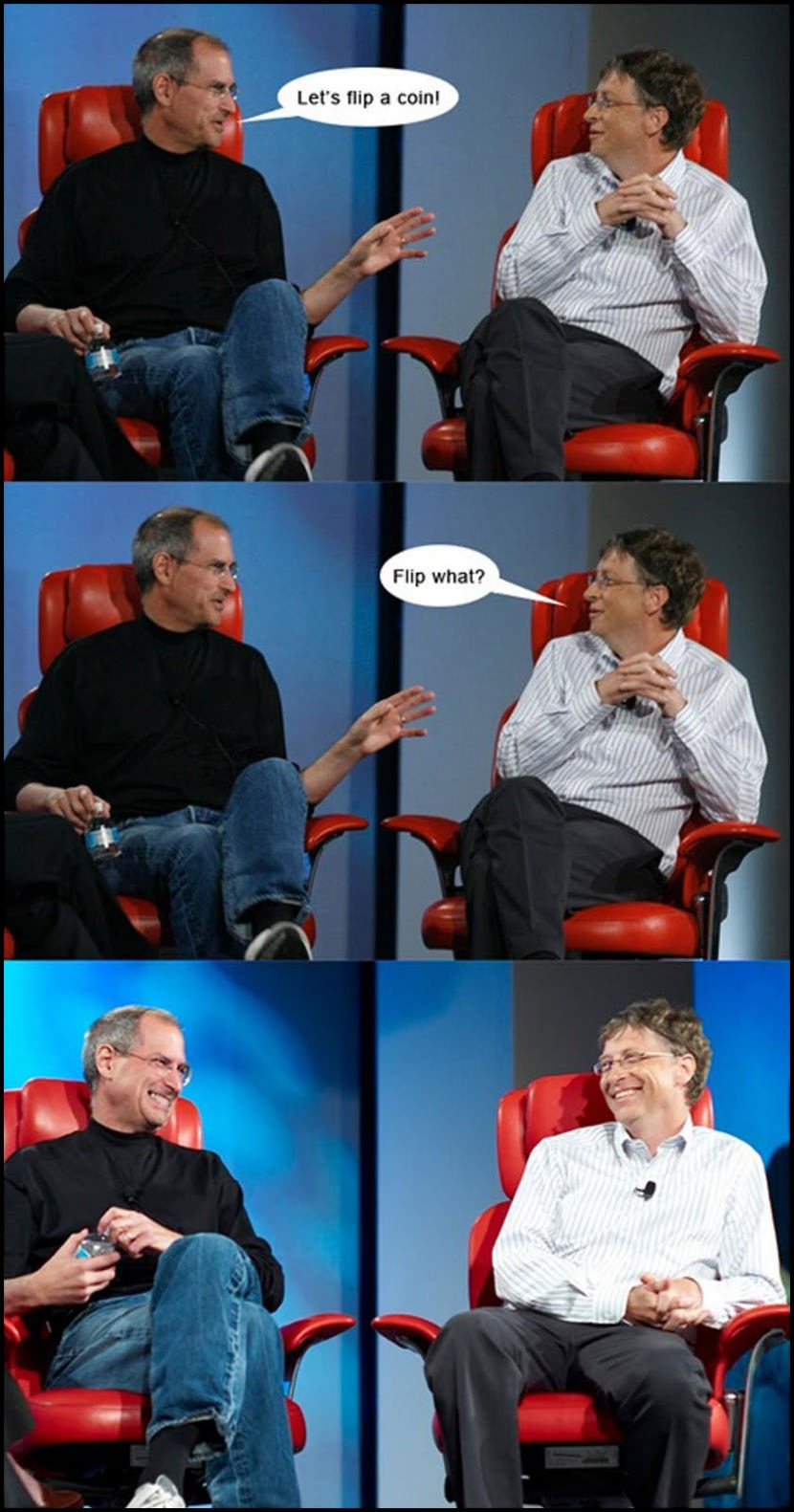 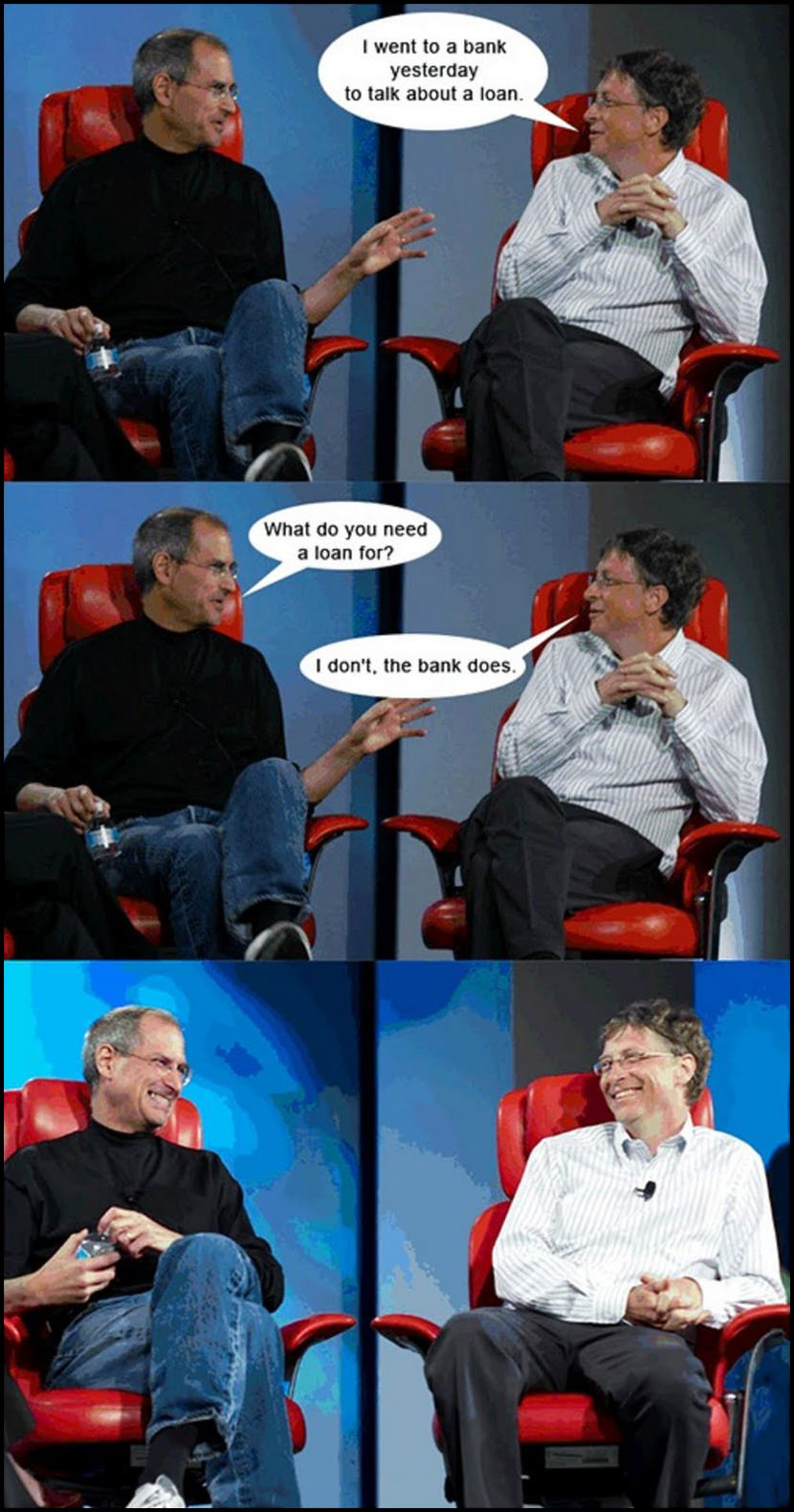 For those that don’t get this joke, for your information, Bill Gates is not the biggest shareholder of Microsoft, he has been selling down his share in Microsoft for many years and has invested his wealth in medical and services industries such as Four Season hotels. 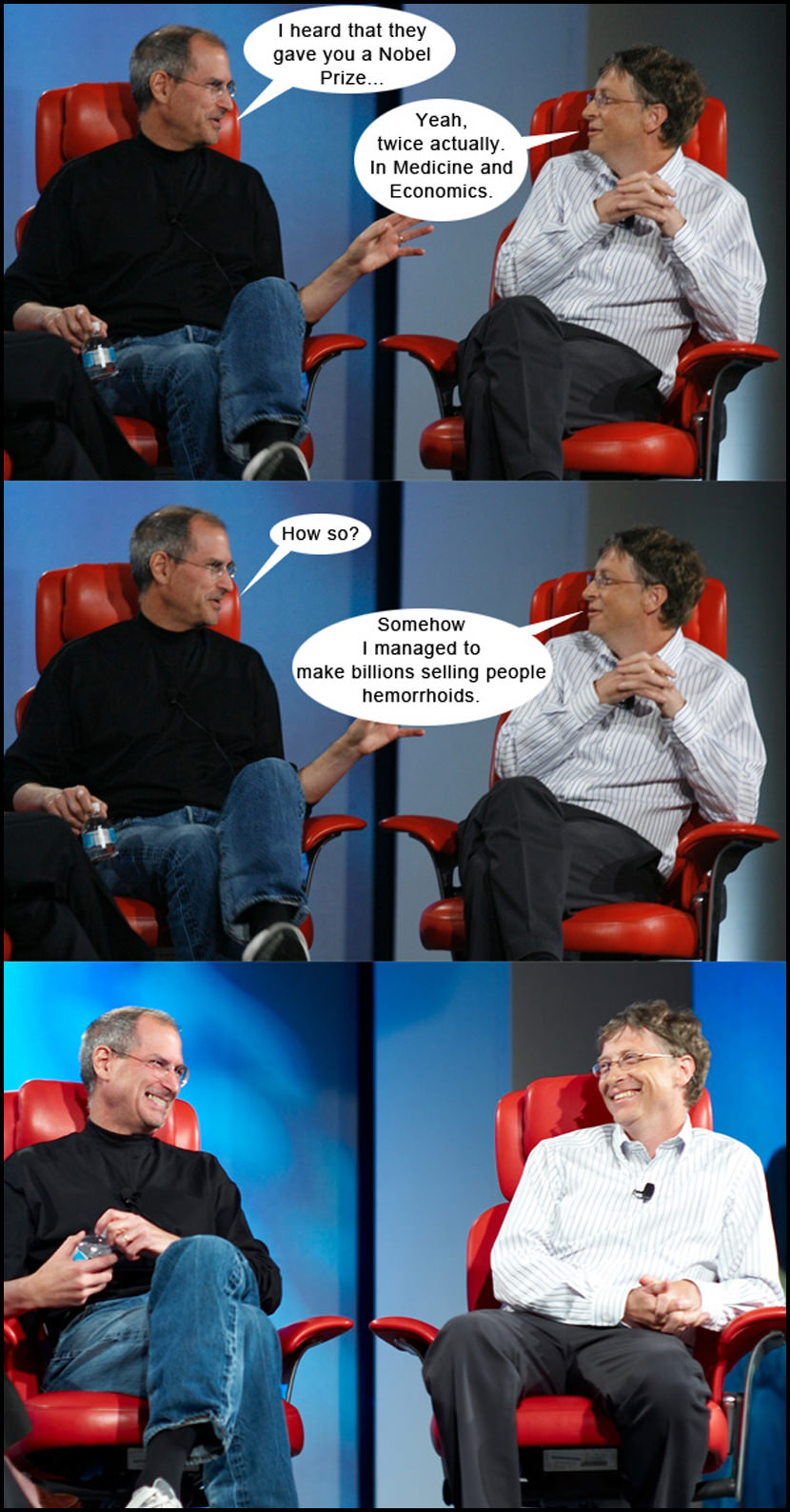 Linux’s official mascot is a penguin. 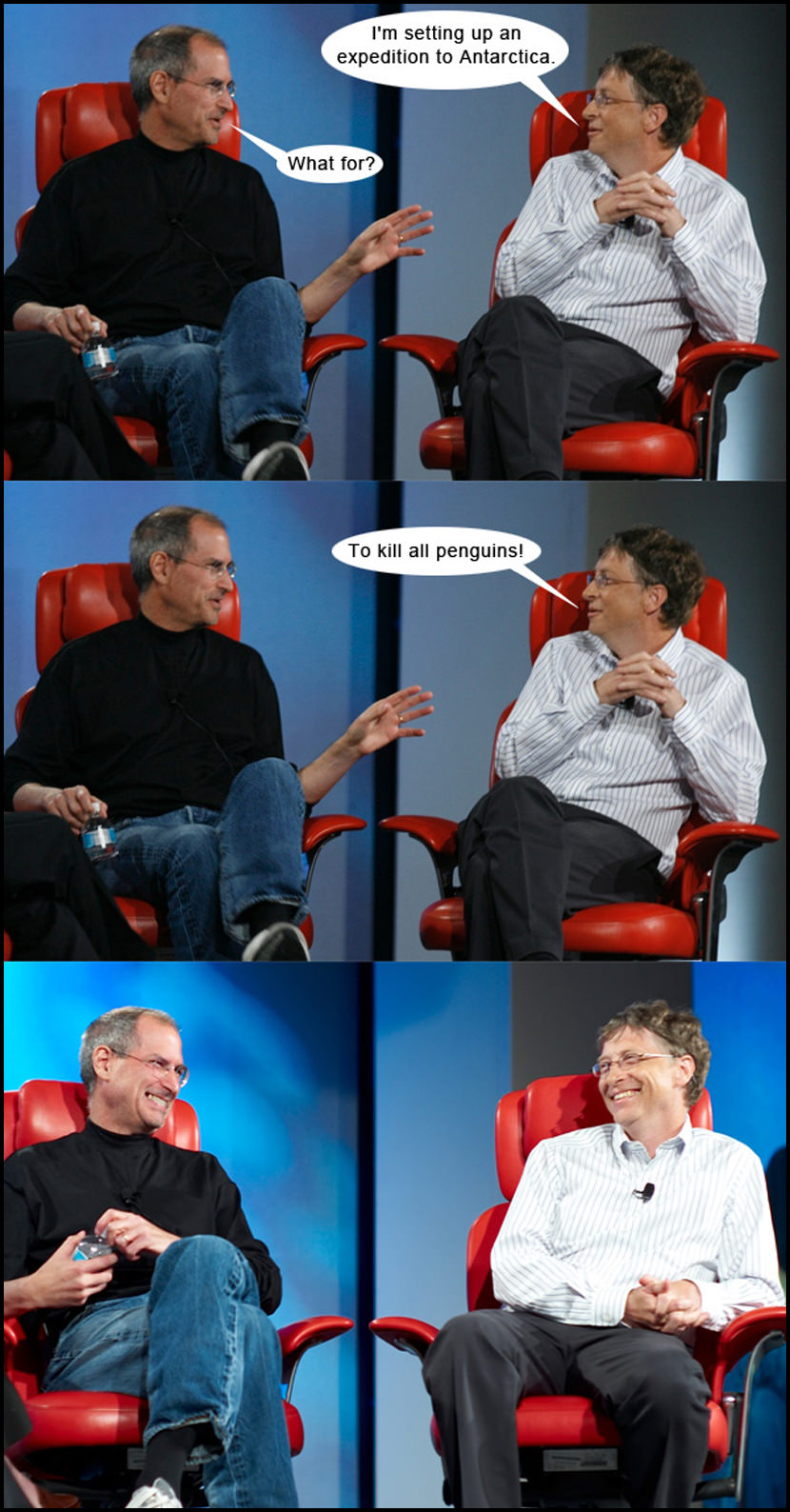 Who wants to be a millionaire TV show? 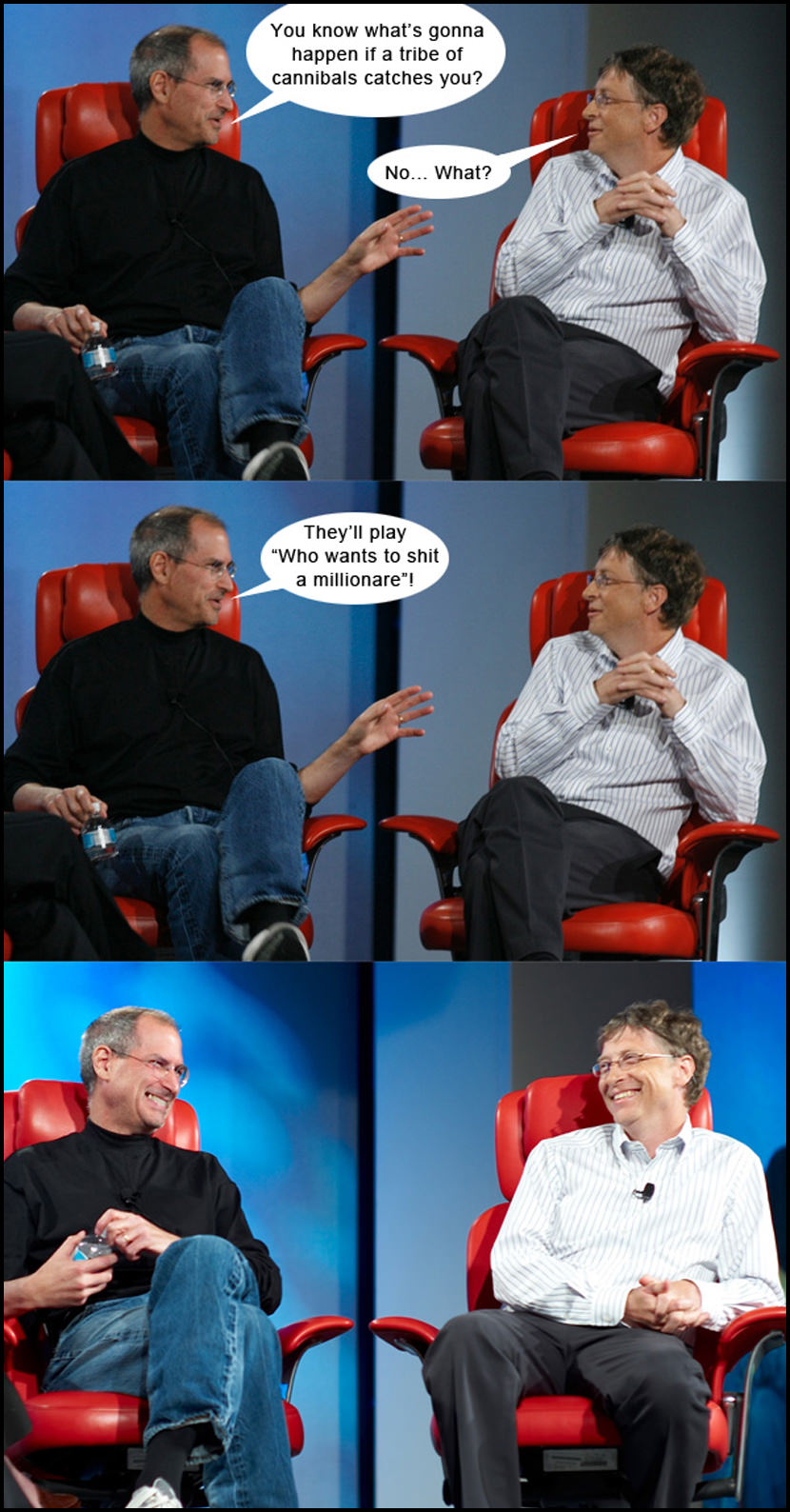 Saving Money To Buy A House

How much Bill Gates makes per minute? Bill Gates is worth $72 billion, a 6% rate of return would earn Gates roughly $114.16 per second he is alive, making it a poor investment for Bill Gates to bother picking up a $100 bill if he dropped it. In 5 minutes, he could have bought a simple apartment at USD34K.

Steve Jobs and Bill Gates Together in 2007 at D5

Bill Gates and Steve Jobs are interviewed live together at the D5: All Things Digital conference. In this historic conversation, Jobs and Gates are asked to comment on each other’s greatest contributions to digital technology, as well as what they perceive.

See More »»  What is Love? A True Animal Love Story