Stephen William Hawking, born 8 January 1942, is an English theoretical physicist, cosmologist, author and Director of Research at the Center for Theoretical Cosmology within the University of Cambridge. His scientific works include a collaboration with Roger Penrose on gravitational singularity theorems in the framework of general relativity, and the theoretical prediction that black holes emit radiation, often called Hawking radiation.

😭 😍 😂 6 Excellent Advices By Warren Buffet On Investment And Wealth Management 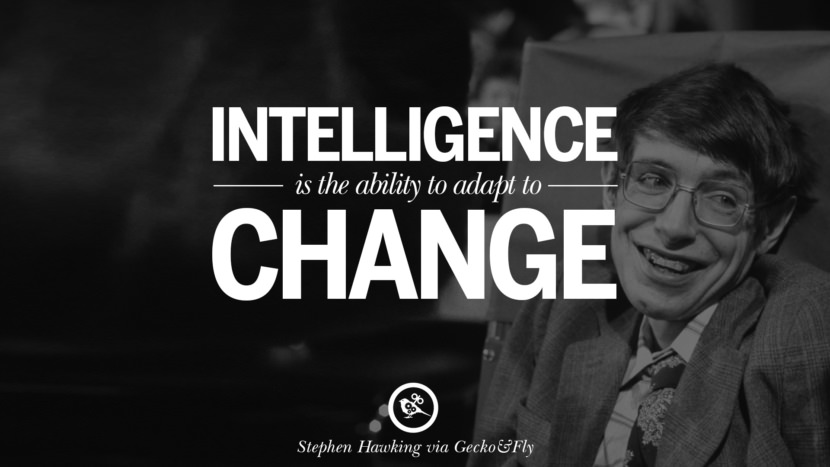 Intelligence is the ability to adapt to change. 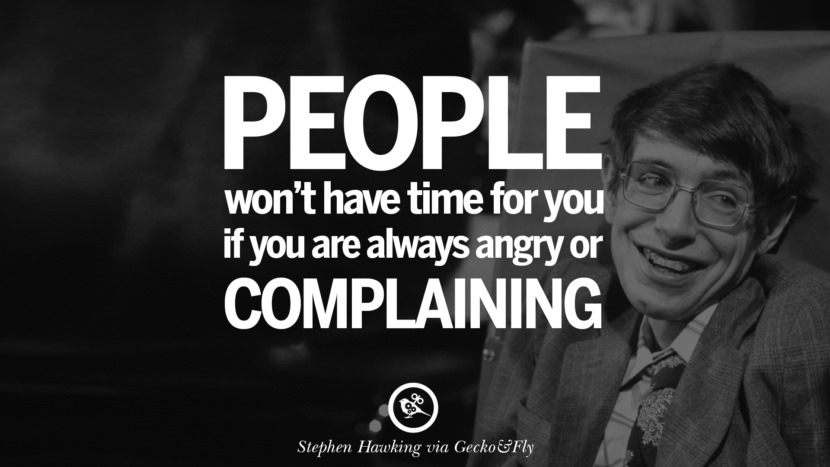 People won’t have time for you if you are always angry or complaining. 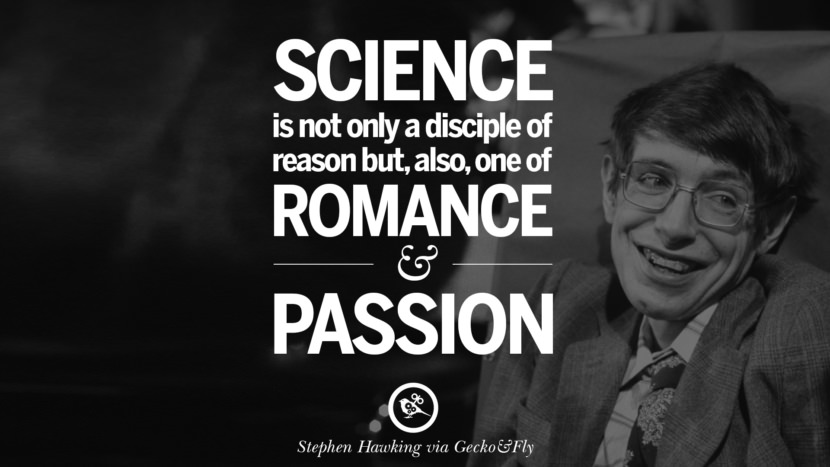 Science is not only a disciple of reason but, also, one of romance and passion.

Continue Reading  20 Best Quotes On Breakup Revenge And Getting Even 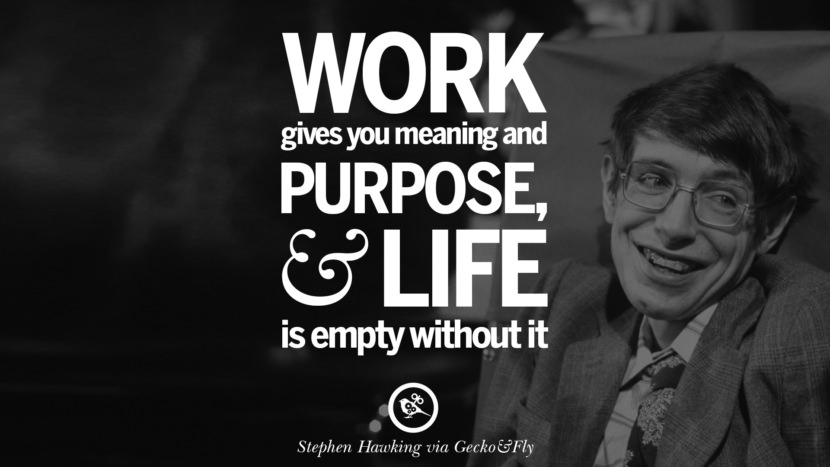 Work gives you meaning and purpose, and life is empty without it. 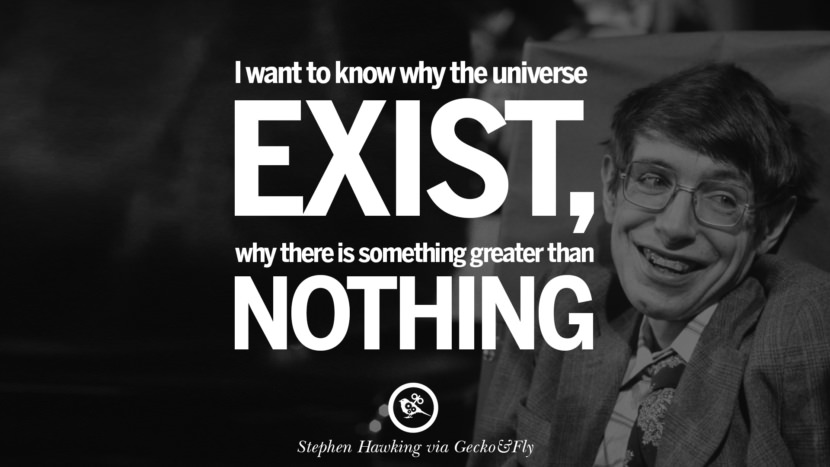 I want to know why the universe exists, why there is something greater than nothing. 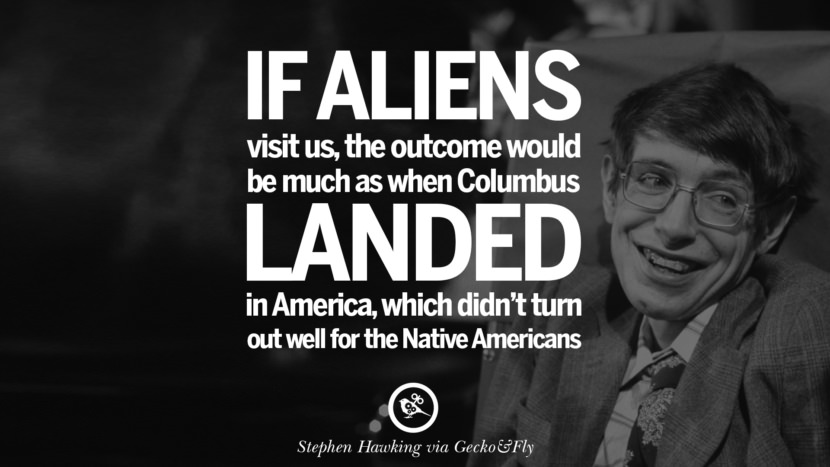 If aliens visit us, the outcome would be much as when Columbus landed in America, which didn’t turn out well for the Native Americans. 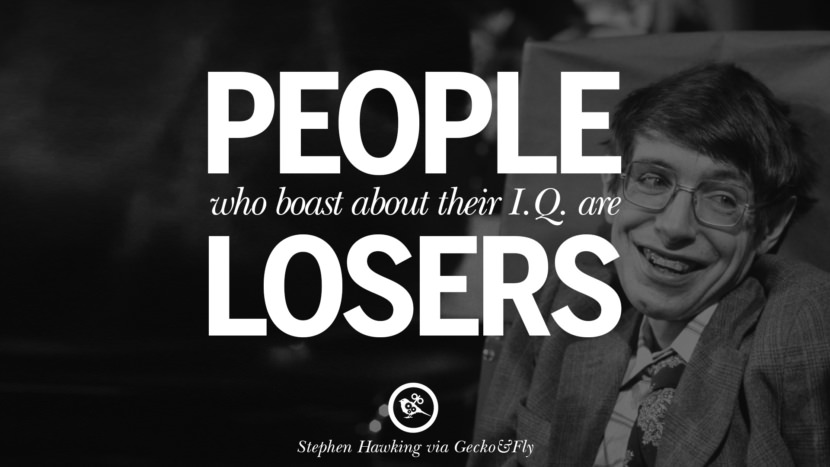 People who boast about their I.Q. are losers. 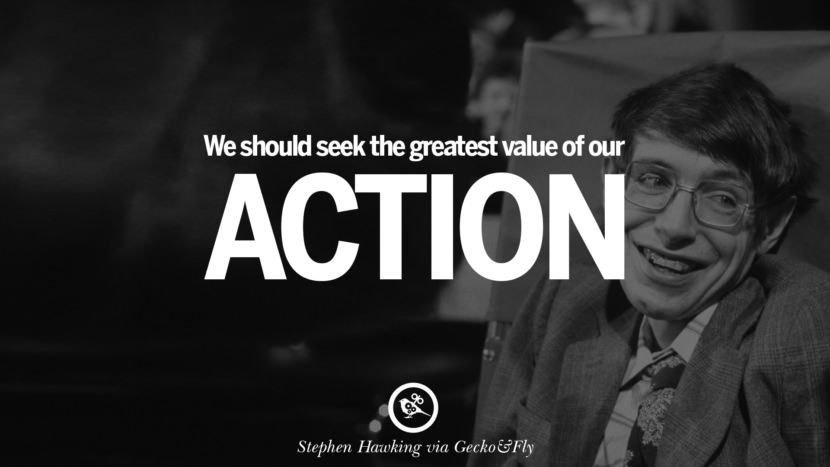 We should seek the greatest value of our action. 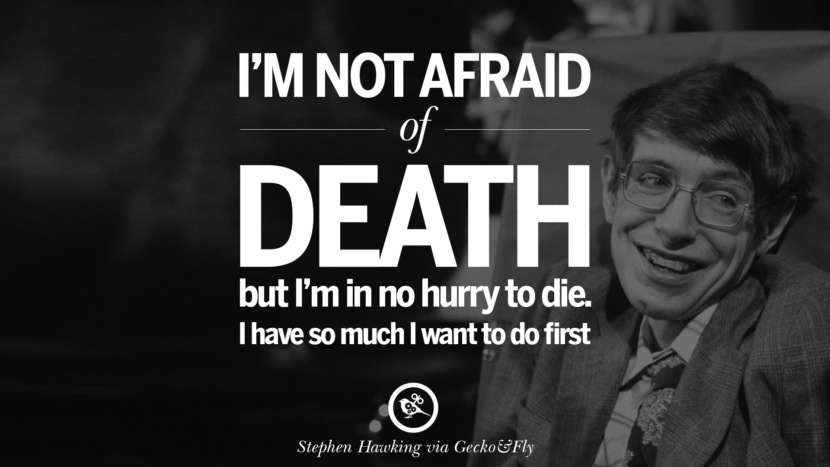 I’m afraid of death but I’m in no hurry to die. I have so much I want to do first. 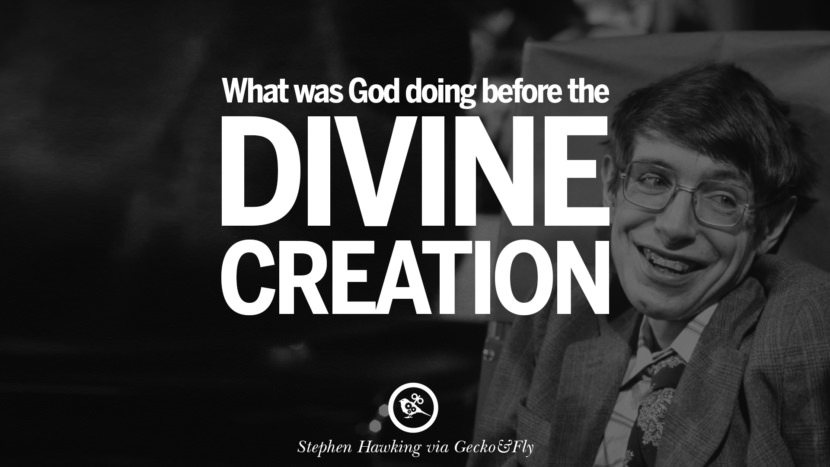 What was God doing before the divine creation. 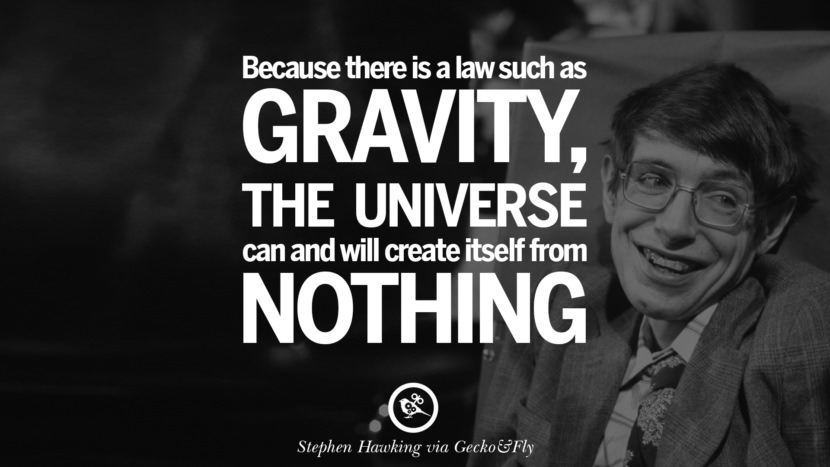 Because there is a law such as gravity, the universe can and will create itself from nothing. 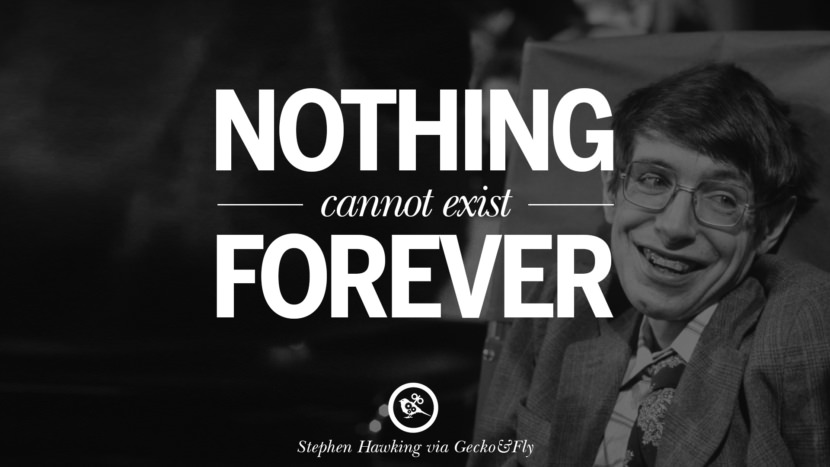 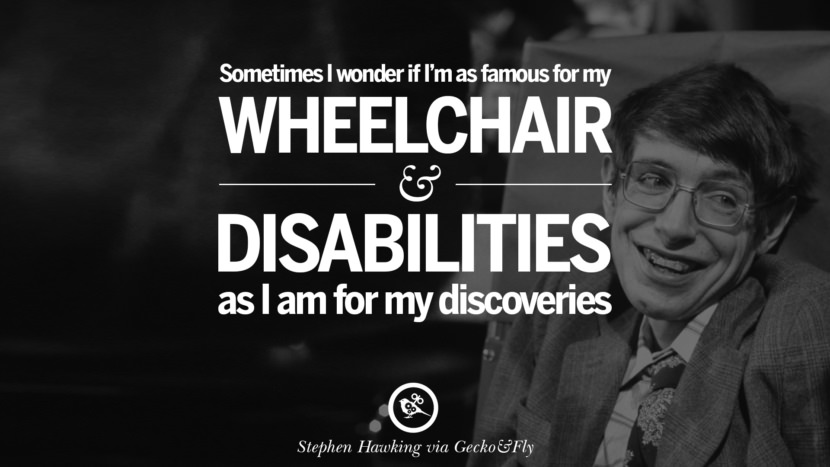 Sometimes I wonder if I’m as famous for my wheelchair and disabilities as I am for my discoveries. 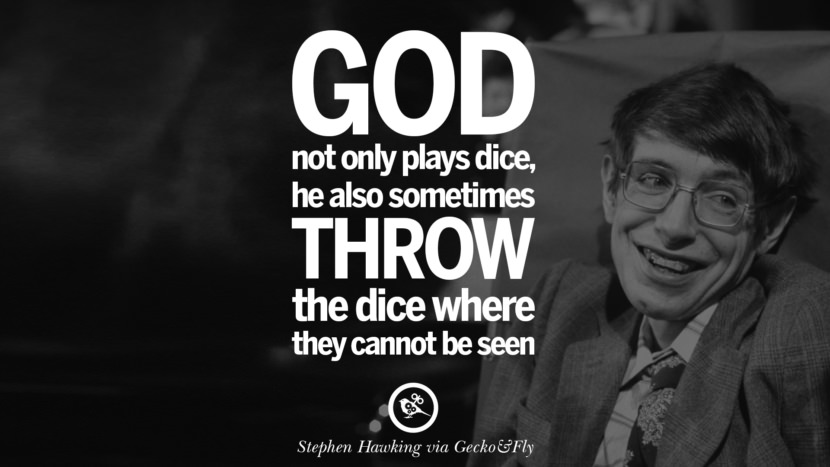 God not only plays dice, he also sometimes throws the dice where they cannot be seen. 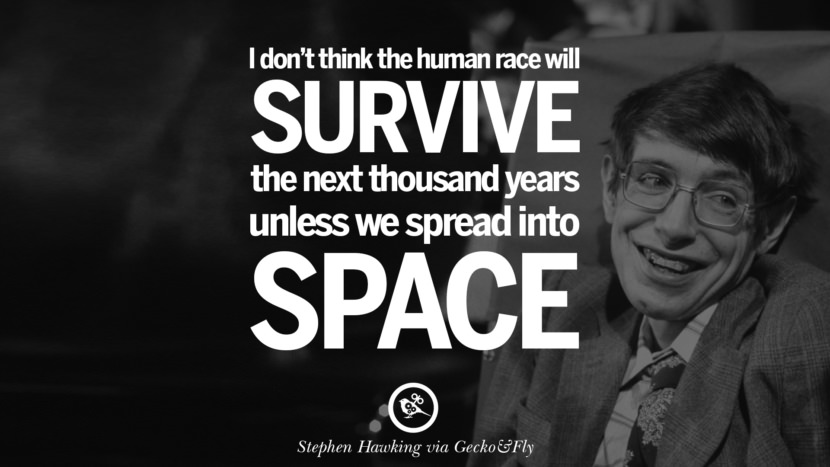 I don’t think the human race will survive the next thousand years unless we spread into space. 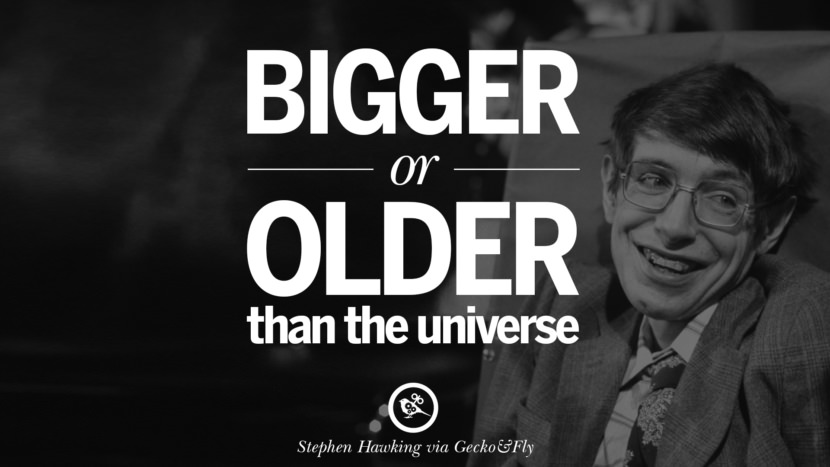 There is nothing bigger or older than the universe.

2013 biographical documentary film about Stephen Hawking directed by Stephen Finnigan and features Stephen Hawking himself describing his life from childhood, his struggle with amyotrophic lateral sclerosis and his later recognition as a world-famous scientist.