Best known for his ‘I Have a Dream’ saying, Martin Luther King, Jr. (January 15, 1929 – April 4, 1968), was an American Baptist minister, activist, humanitarian, and leader in the African-American Civil Rights Movement. He is best known for his role in the advancement of civil rights using nonviolent civil disobedience based on his Christian beliefs. 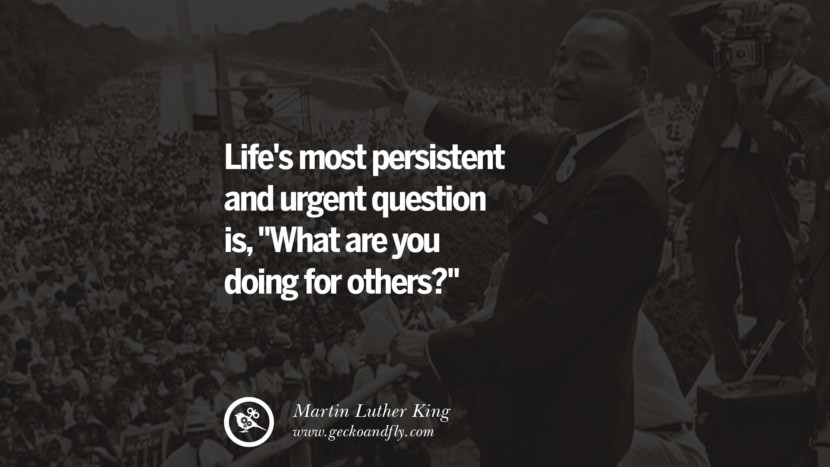 Life’s most persistent and urgent question is, “What are you doing for others?” 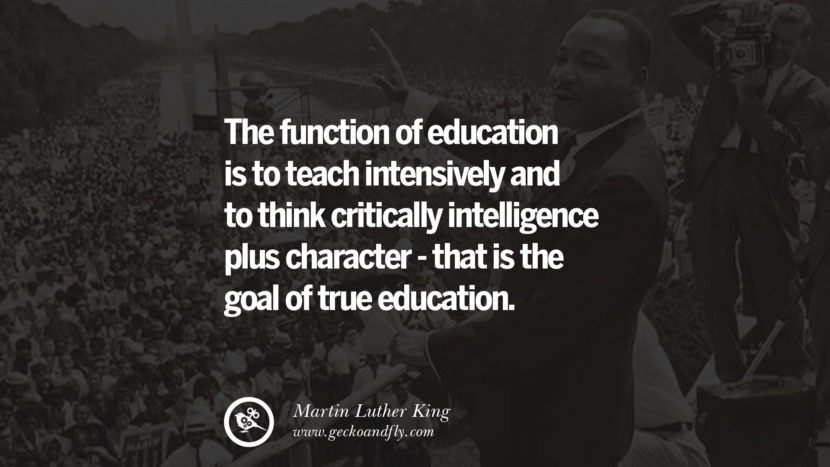 The function of education is to teach intensively and to think critically, intelligence plus character – that is the goal of true education. 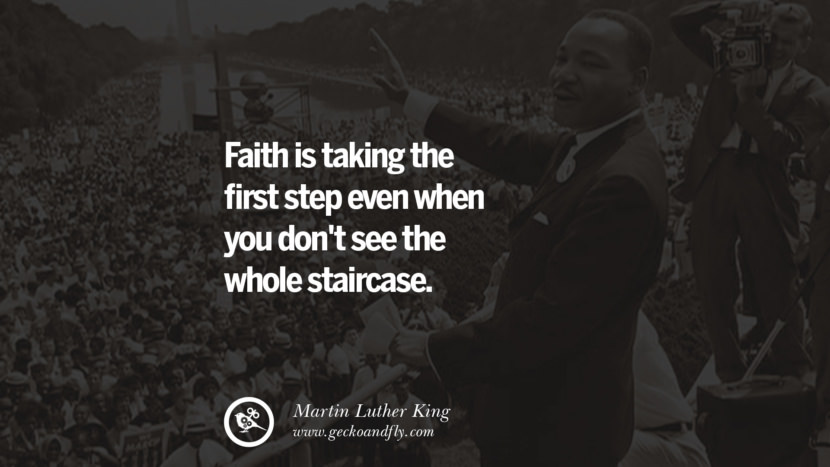 Faith is taking the first step even when you don’t see the whole staircase. 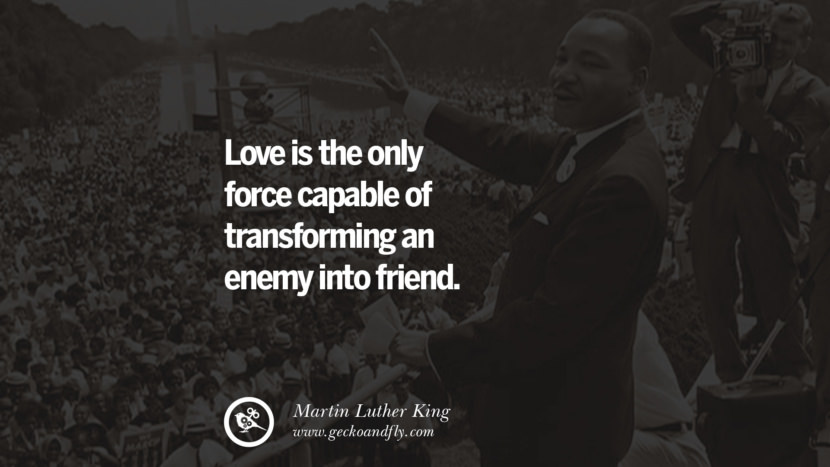 Love is the only force capable of transforming an enemy into a friend. 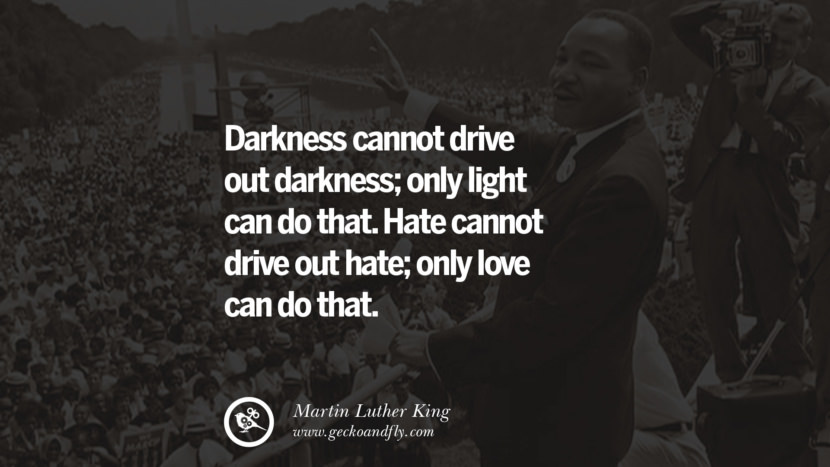 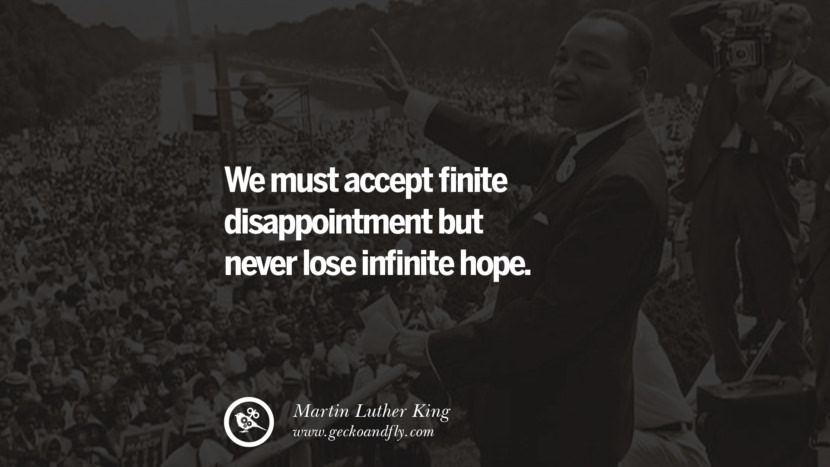 We must accept finite disappointment but never lose infinite hope. 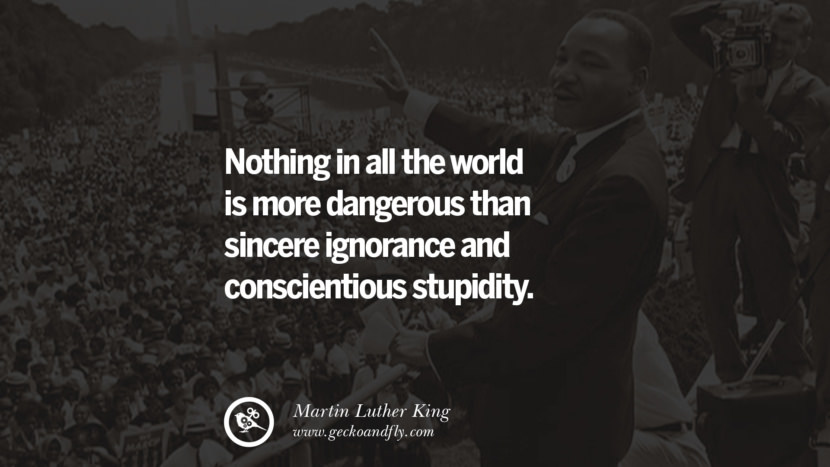 Nothing in all the world is more dangerous than sincere ignorance and conscientious stupidity. 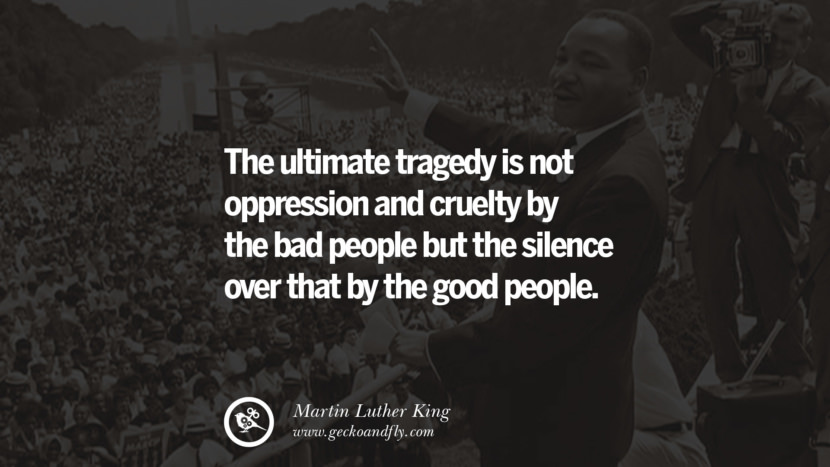 The ultimate tragedy is not oppression and cruelty by the bad people but the silence over that by the good people. 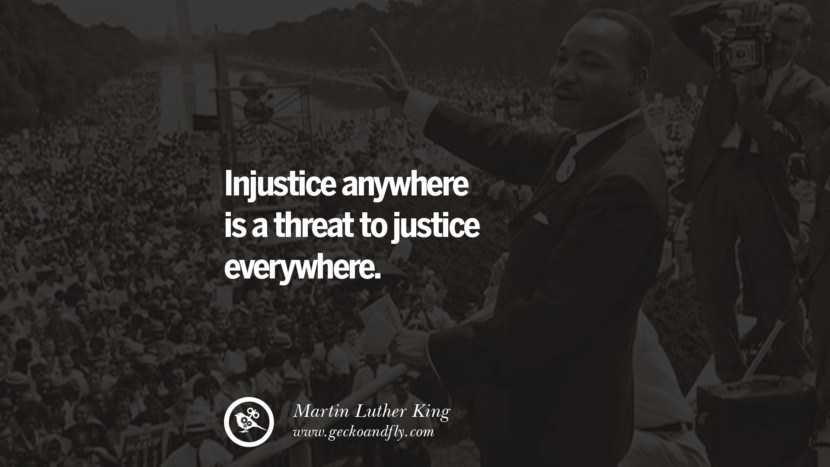 Injustice anywhere is a threat to justice everywhere. 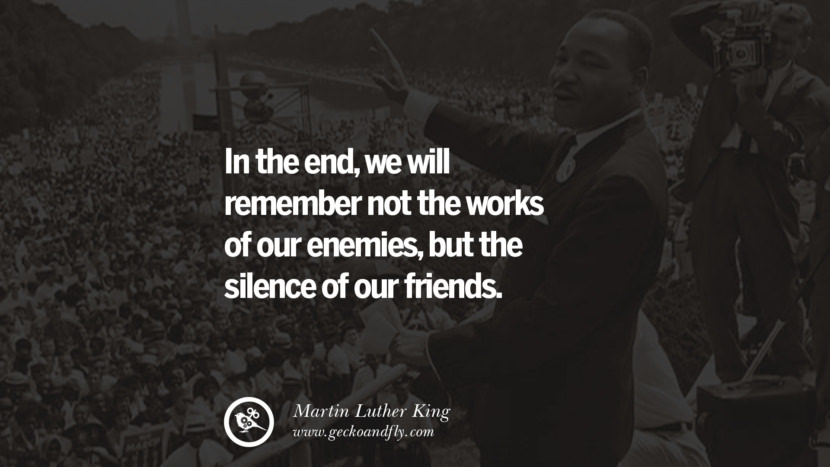 In the end, we will remember not the works of our enemies, but the silence of our friends. 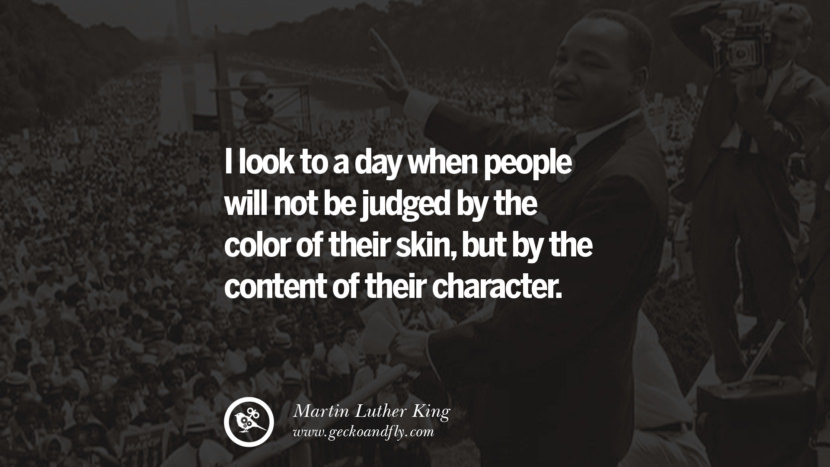 I look to a day when people will not be judged by the color of their skin, but by the content of their character. 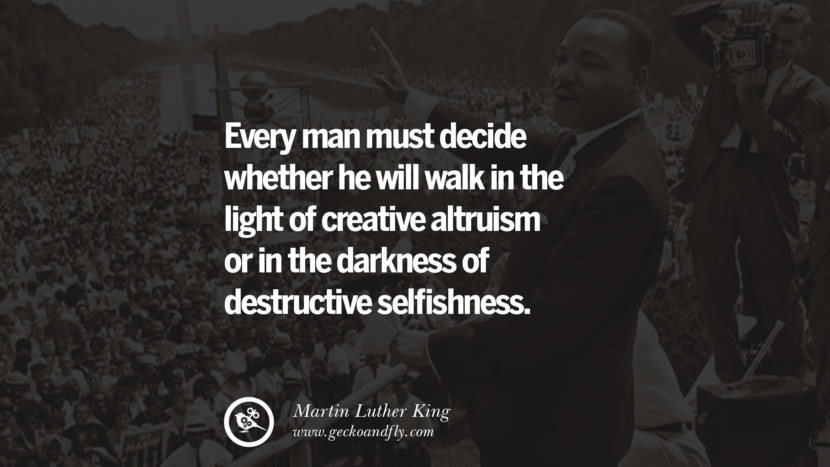 Every man must decide whether he will walk in the light of creative altruism or in the darkness of destructive selfishness. 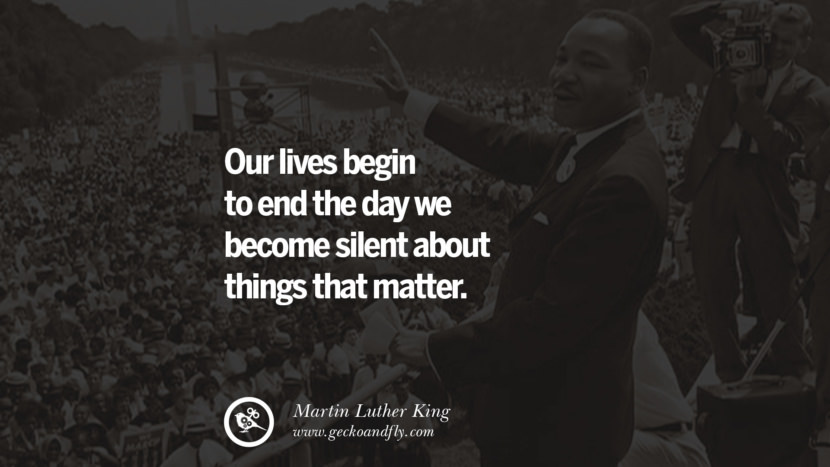 Our lives begin to end the day we become silent about things that matter. 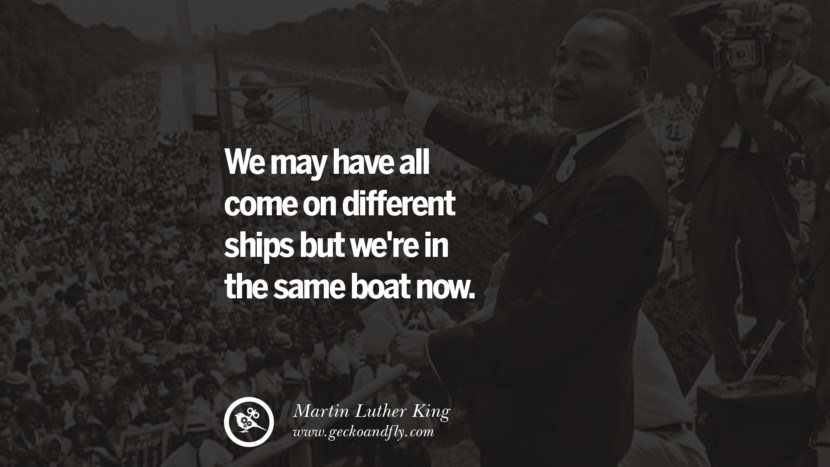 We may have all come on different ships but we’re in the same boat now. 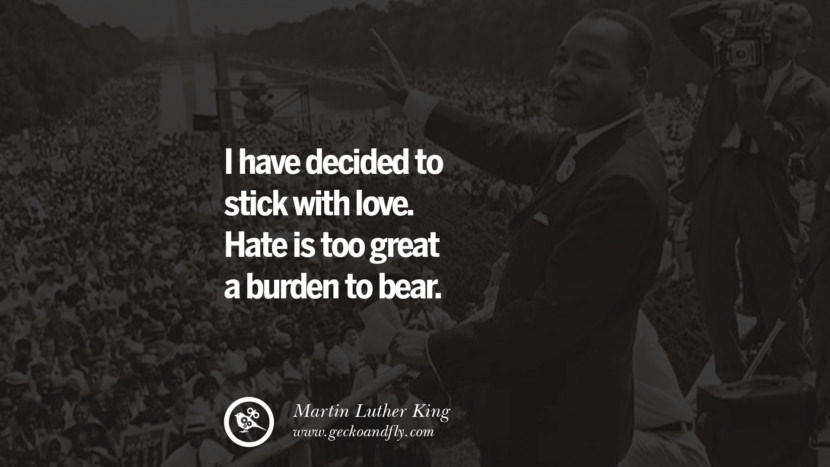 I have decided to stick with love. Hate is too great a burden to bear. 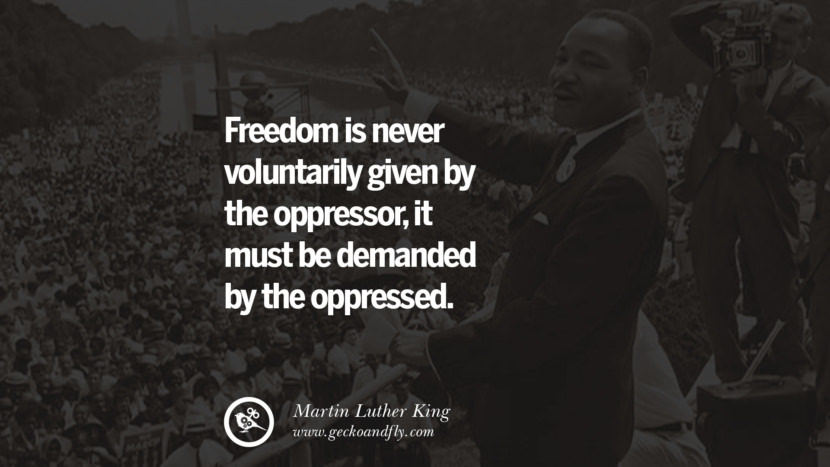 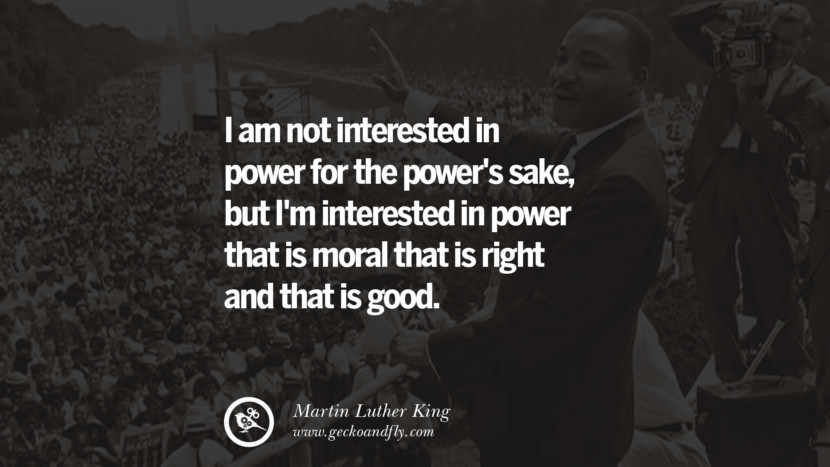 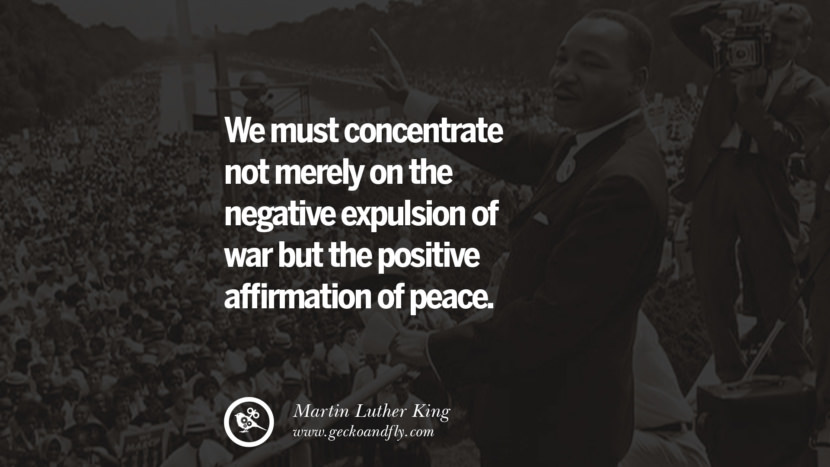 We must concentrate not merely on the negative expulsion of war but the positive affirmation of peace. 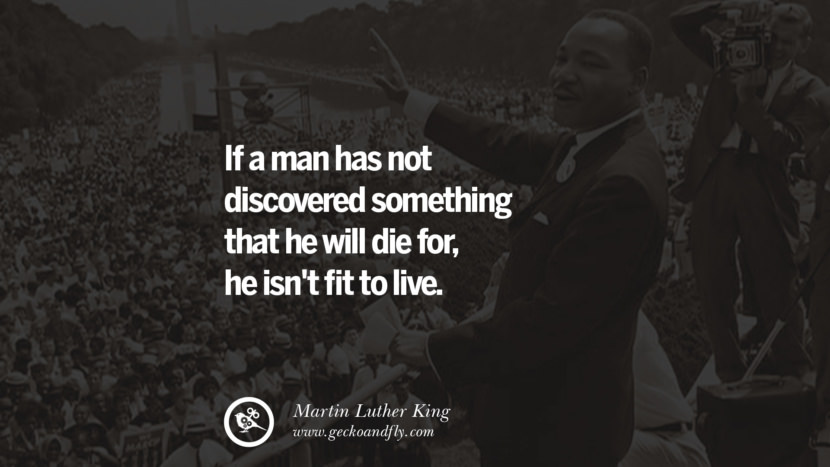 If a man has not discovered something that he will die for, he isn’t fit to live. 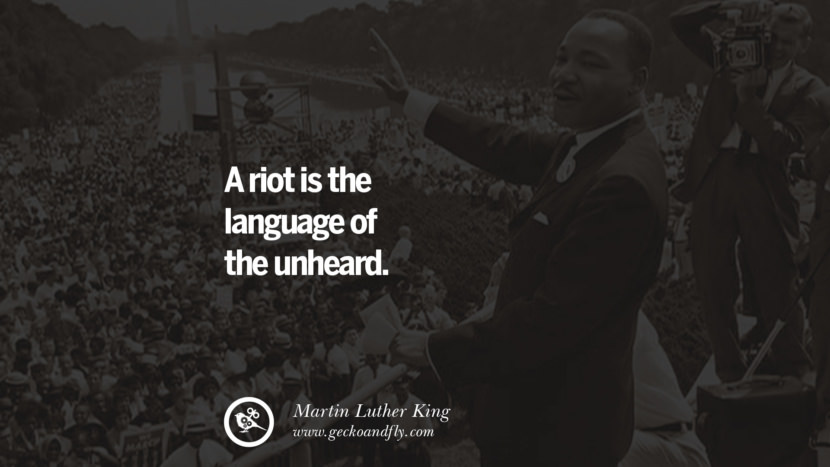 A riot is the language of the unheard. 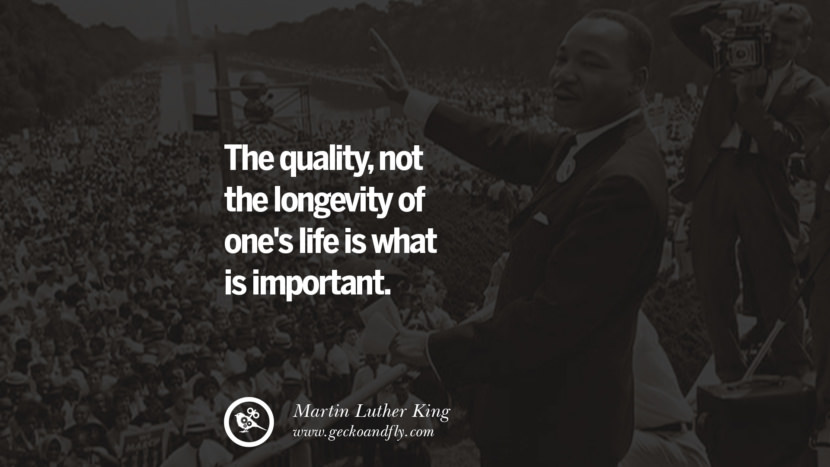 The quality, not the longevity of one’s life is what is important. 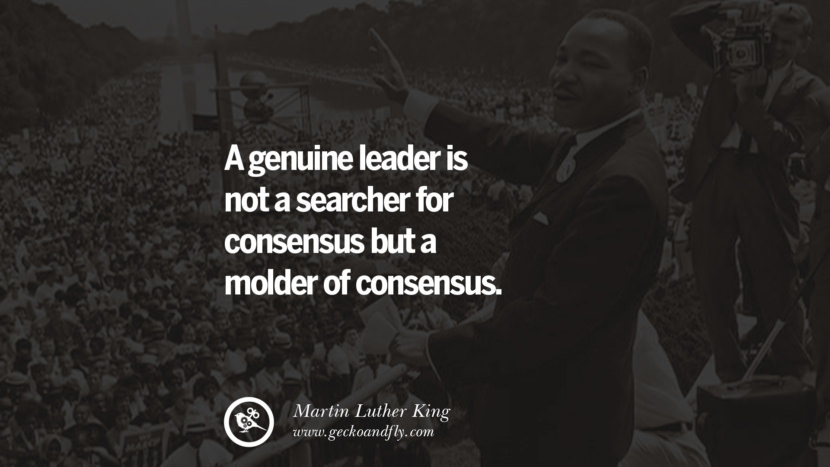 A genuine leader is not a searcher for consensus but a molder of consensus. 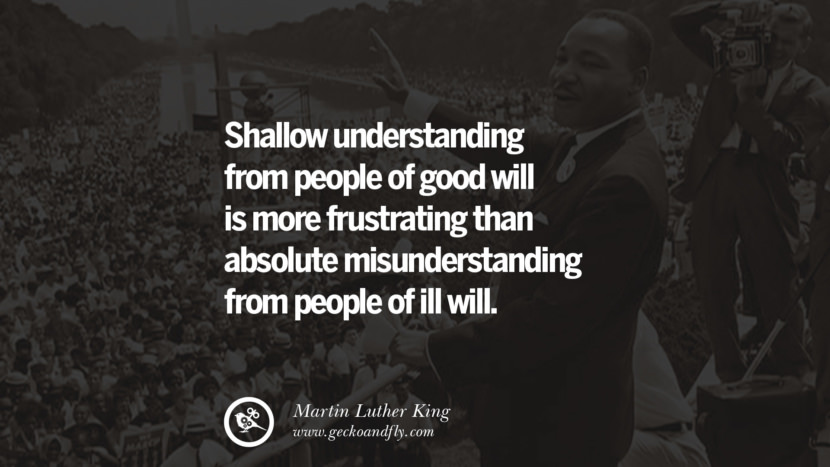 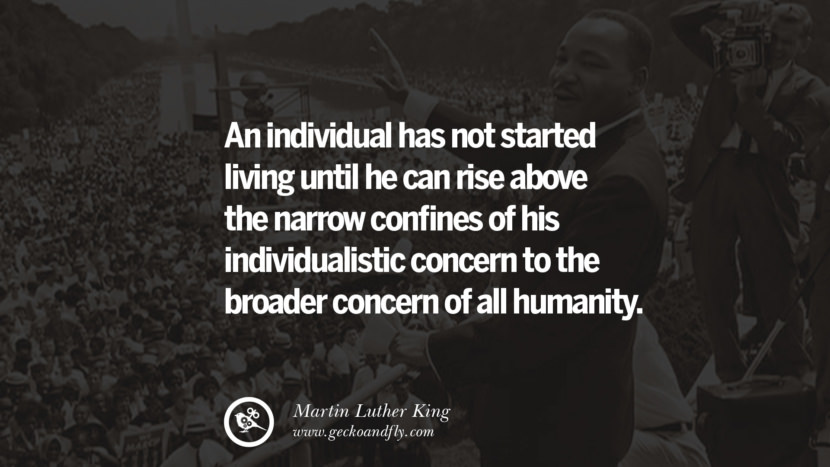 An individual has not started living until he can rise above the narrow confines of his individualistic concern to the broader concern of all humanity. 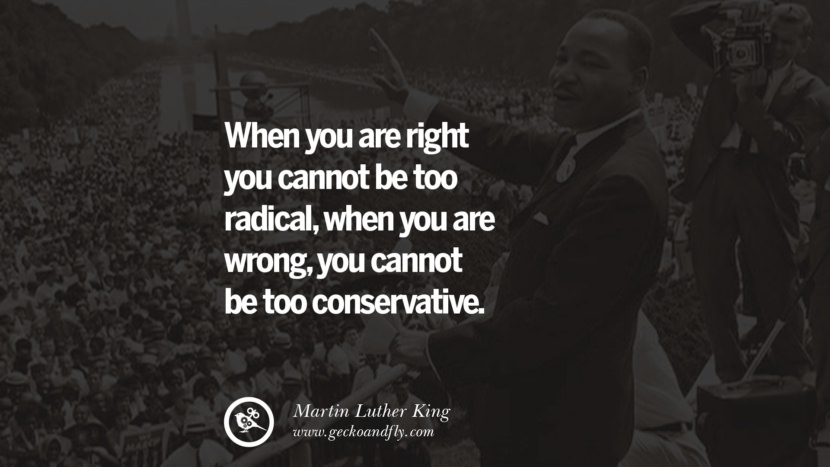 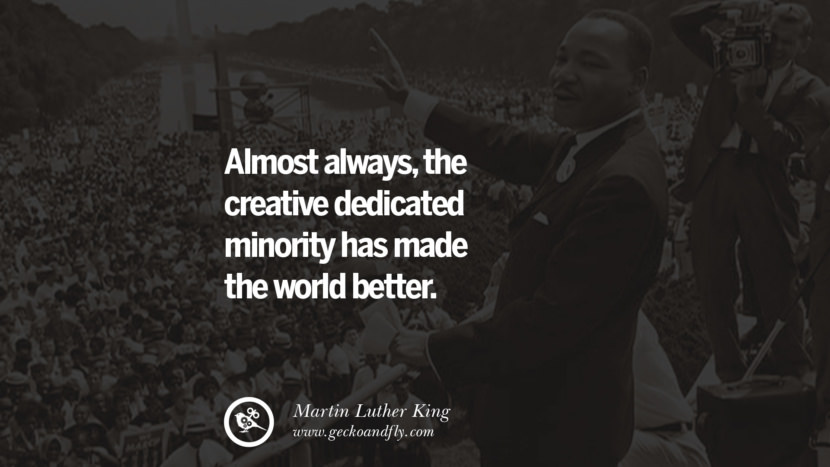 Almost always, the creative dedicated minority has made the world better. 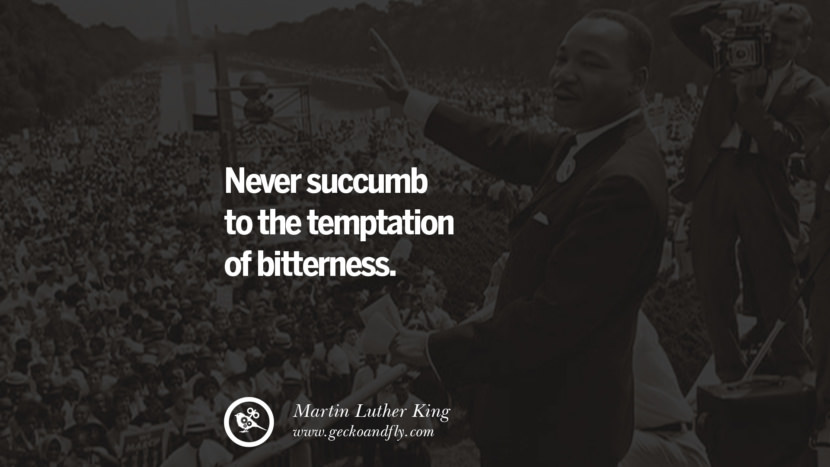 Never succumb to the temptation of bitterness. 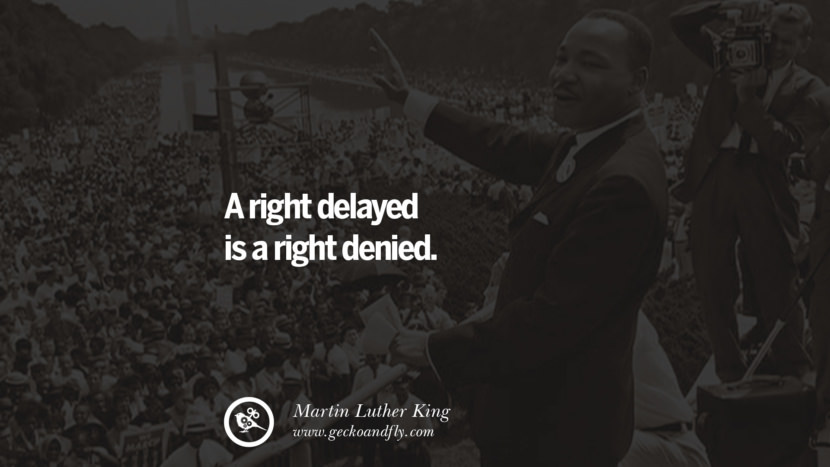 A right delayed is a right denied. 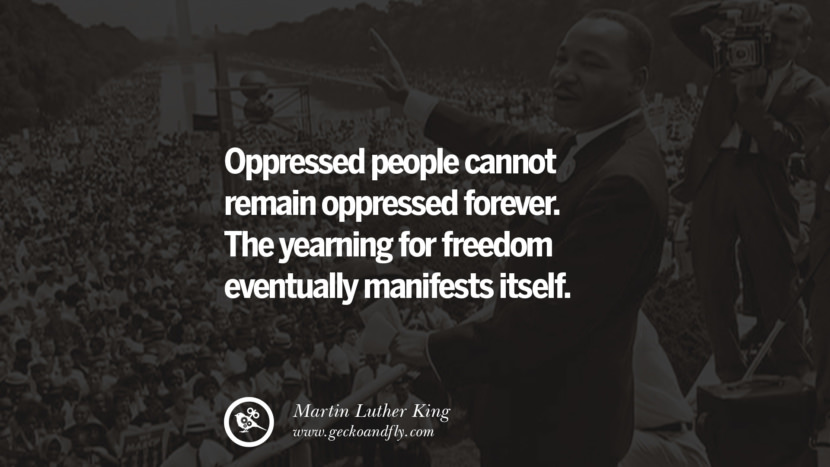 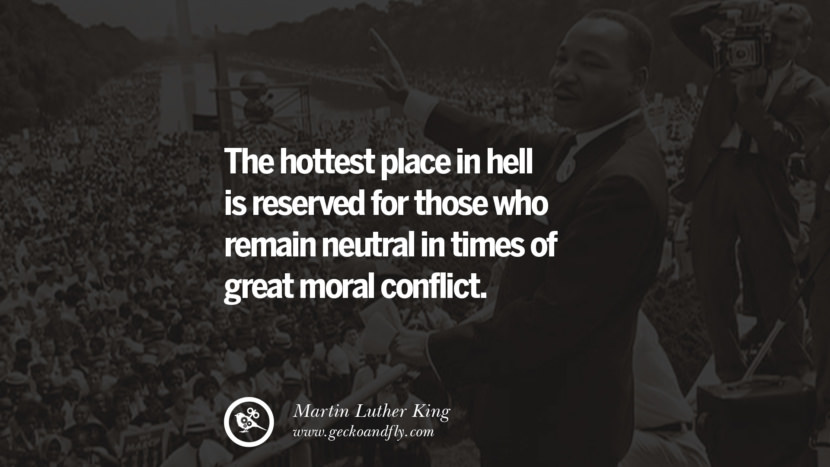 The hottest place in hell is reserved for those who remain neutral in times of great moral conflict.