President Ronald Reagan [ Wikipedia ] is perhaps one of the better know republican president along with Abraham Lincoln. I am not an American but given a choice, I did vote for Republican and No! I am not white.

What I like about Republican is their ideas, whether they carry out their policies is a whole different story. I believe government should not dictate how we live our lives, I do not believe in food stamps, free welfare for everyone and more. If it is wrong for a parent to give their adult kids monthly allowance, why is it okay for the government to tax the rich and middle class and give the money to the jobless?

There are plenty of jobs, if an illegal immigrant that cannot speak your language and doesn’t understand your culture can find a decent paying job and survive in your country, there must be something wrong the country’s social culture. Politically, there must be laws that punish people for collecting food stamps because they are too lazy to work, don’t get me wrong, most people deserve it, especially those disable and handicapped, but there are always people that abuse the system.

Karl Marx once said, “Democracy is the road to socialism.” He was right, communism failed at socialism while most Democratic countries in Europe and North America has more social welfare and programs than the USSR. 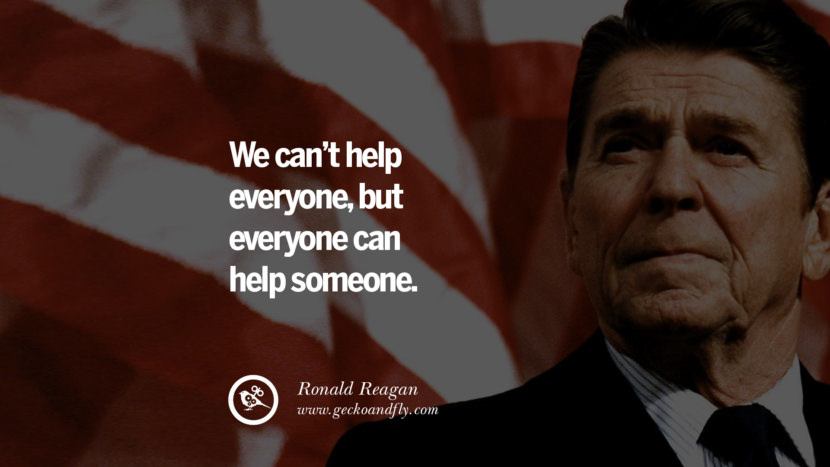 We can’t help everyone, but everyone can help someone.

Government’s first duty is to protect the people, not run their lives. 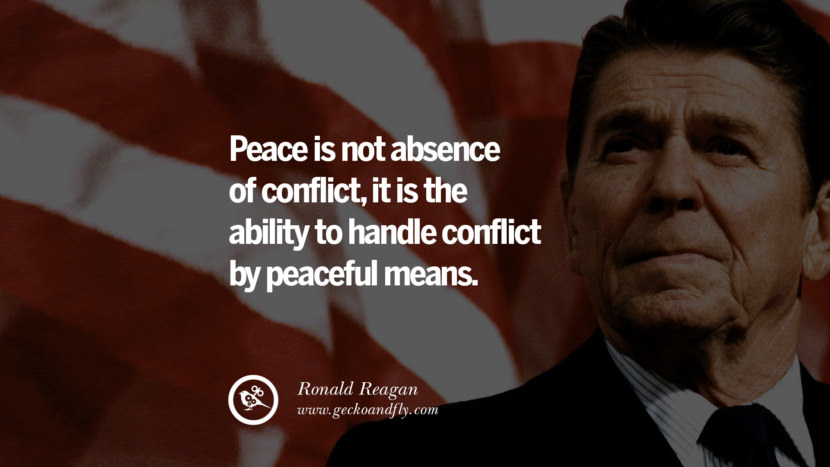 Peace is not absence of conflict, it is the ability to handle conflict by peaceful means. 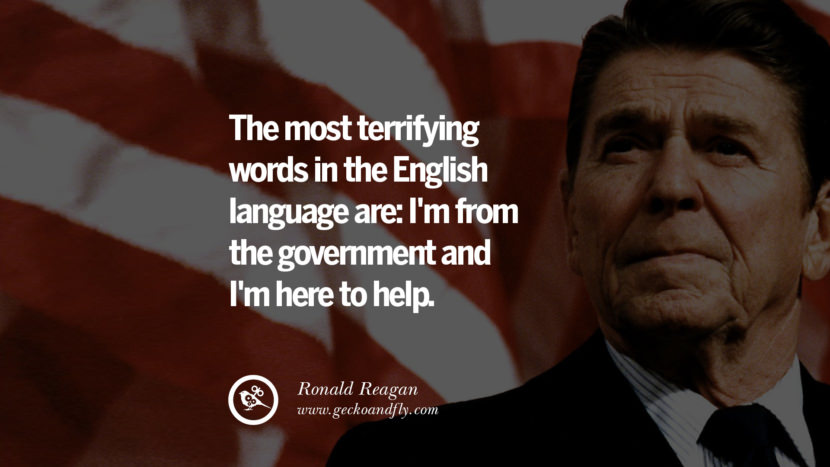 The most terrifying words in the English language are: I’m from the government and I’m here to help.

Related Article ☆  18 Inspiring Taylor Swift Quotes On Believing In Yourself 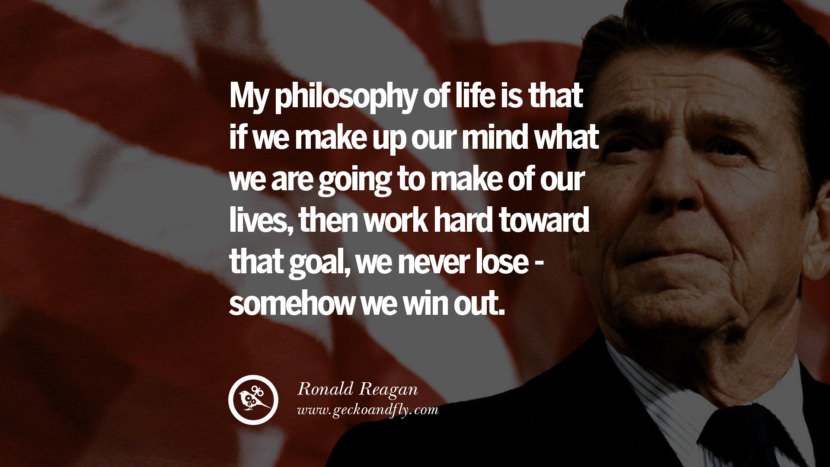 My philosophy of life is that if we make up our mind what we are going to make of our lives, then work hard toward that goal, we never lose – somehow we win out. 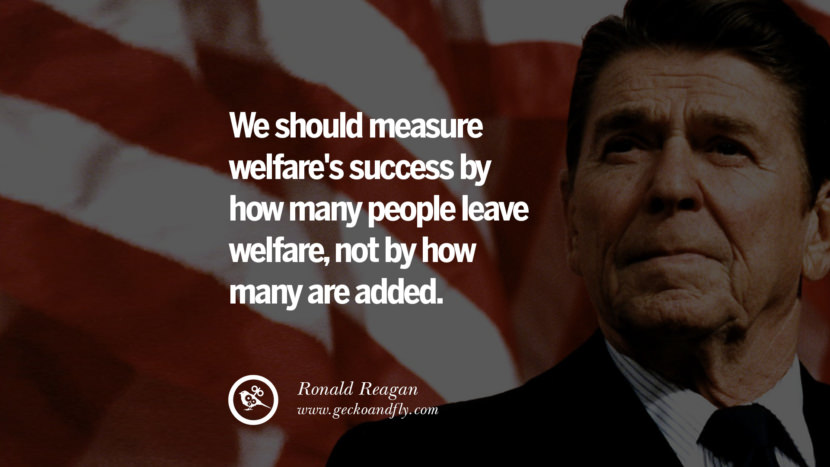 We should measure welfare’s success by how many people leave welfare, not by how many are added. 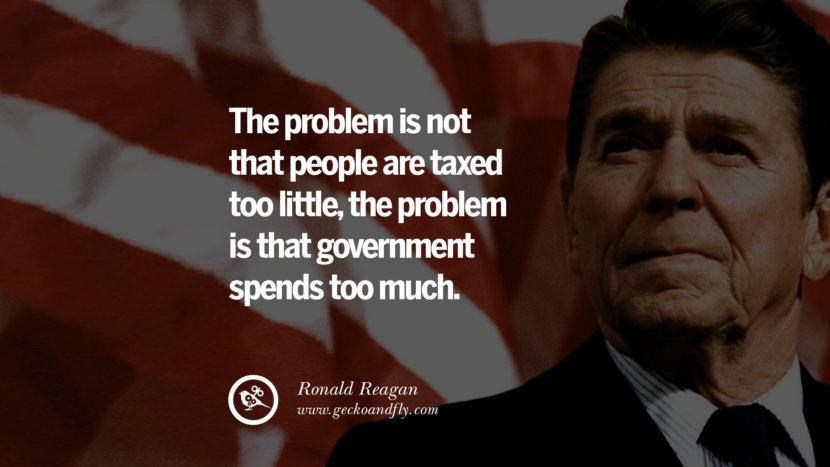 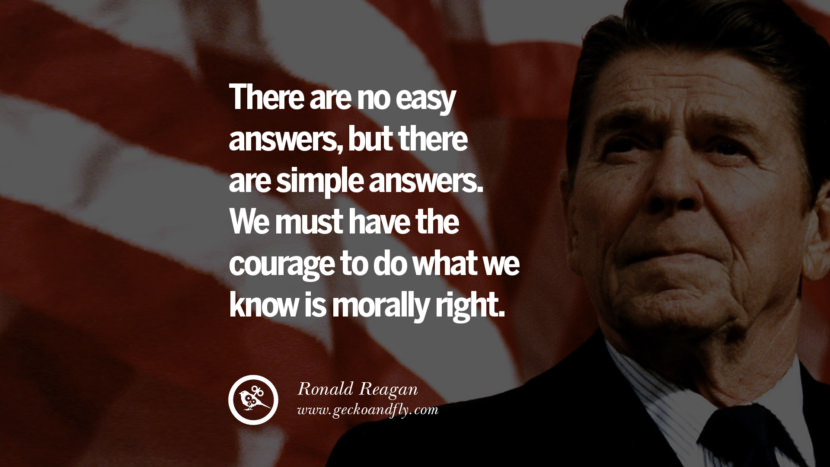 There are no easy answers, but there are simple answers. We must have the courage to do what we know is morally right.

Entrepreneurs and their small enterprises are responsible for almost all the economic growth in the United States. 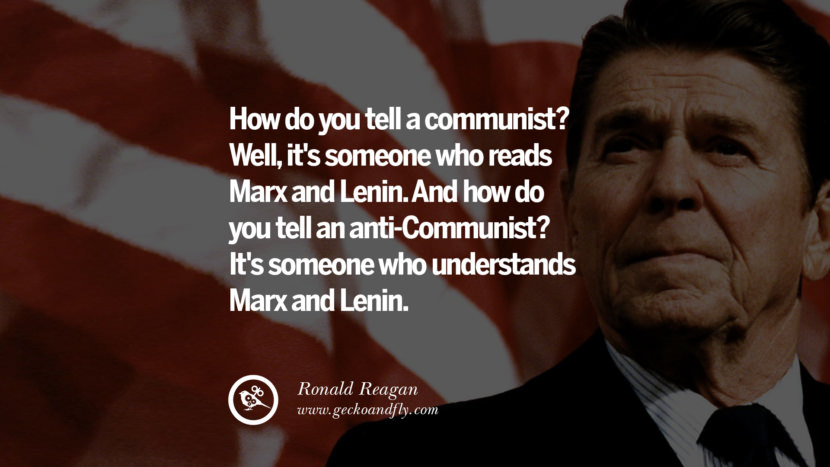 Heroes may not be braver than anyone else. They’re just braver five minutes longer. 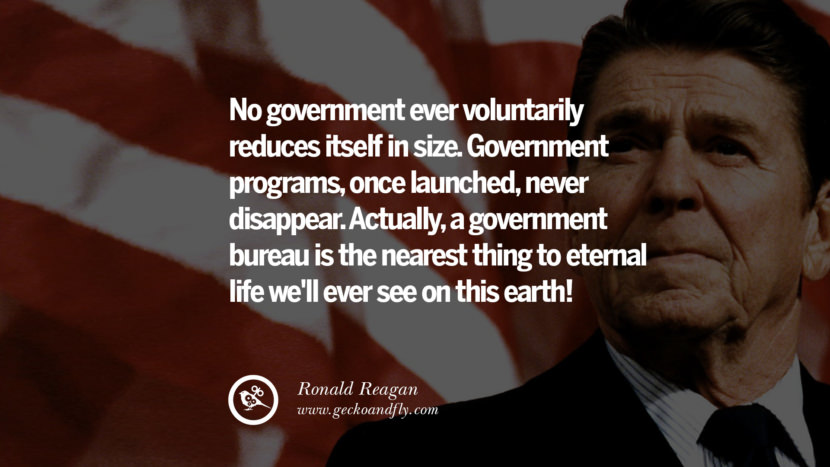 No government ever voluntarily reduces itself in size. Government programs, once launched, never disappear. Actually, a government bureau is the nearest thing to eternal life we’ll ever see on this earth! 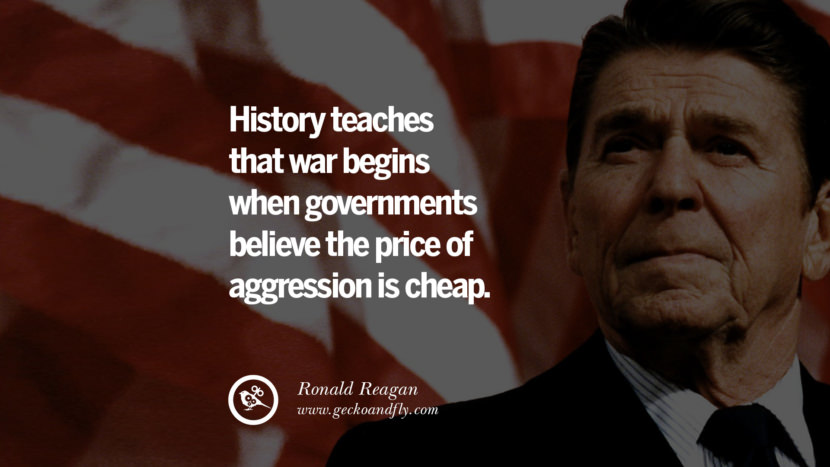 History teaches that war begins when governments believe the price of aggression is cheap. 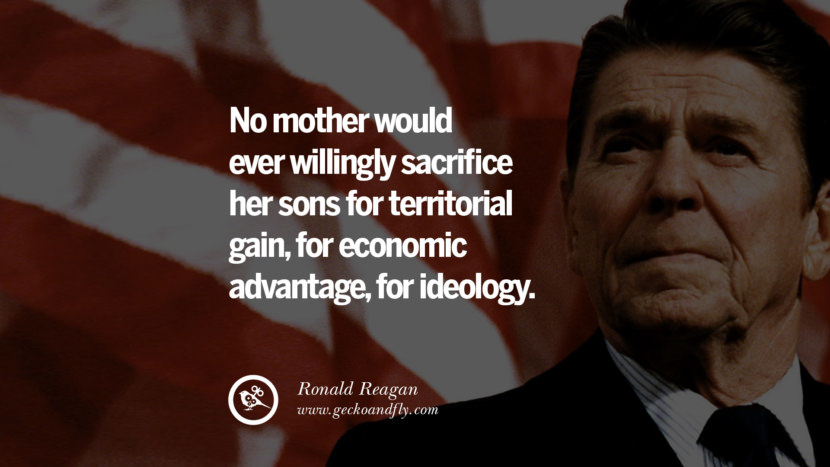 No mother would ever willingly sacrifice her sons for territorial gain, for economic advantage, for ideology. 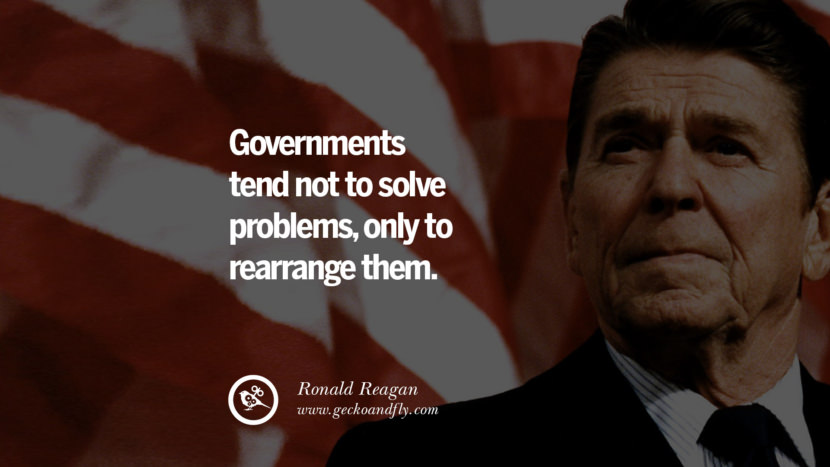 Governments tend not to solve problems, only to rearrange them. 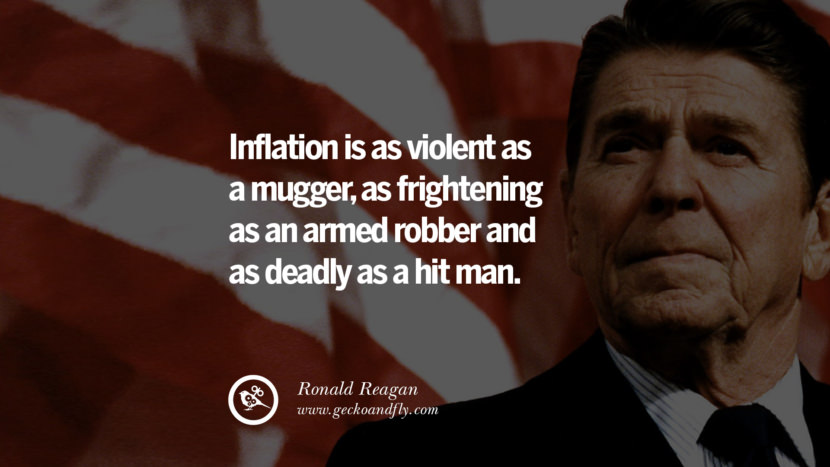 Inflation is as violent as a mugger, as frightening as an armed robber and as deadly as a hit man. 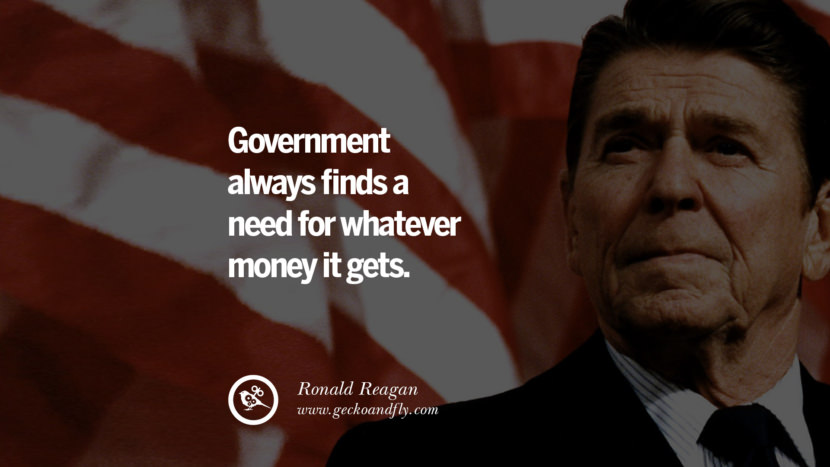 Government always finds a need for whatever money it gets. 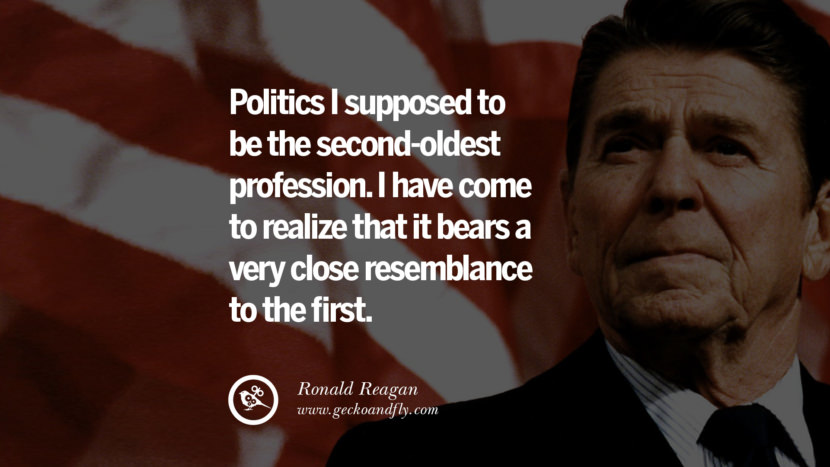 Politics I supposed to be the second oldest profession. I have come to realize that it bears a very close resemblance to the first.

Protecting the rights of even the least individual among us is basically the only excuse the government has for even existing. 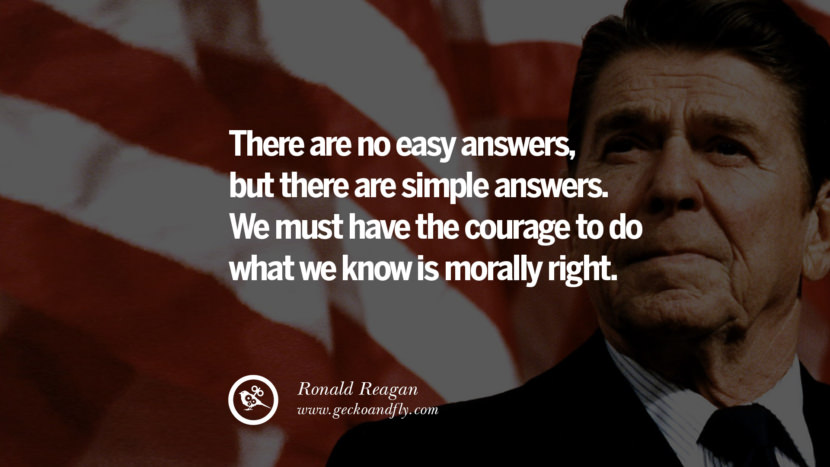 There are no easy answers, but there are simple answers. We must have the courage to do what we know is morally right. 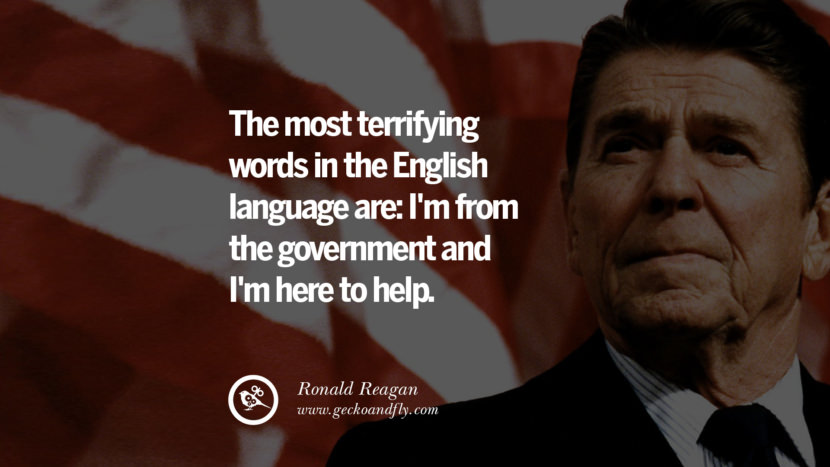 The most terrifying words in the the English language are: I’m from the government and I’m here to help.

Government’s view of the economy could be summed up in a few short phrases: If it moves, tax it. If it keeps moving, regulate it. And if it stops moving, subsidize it. 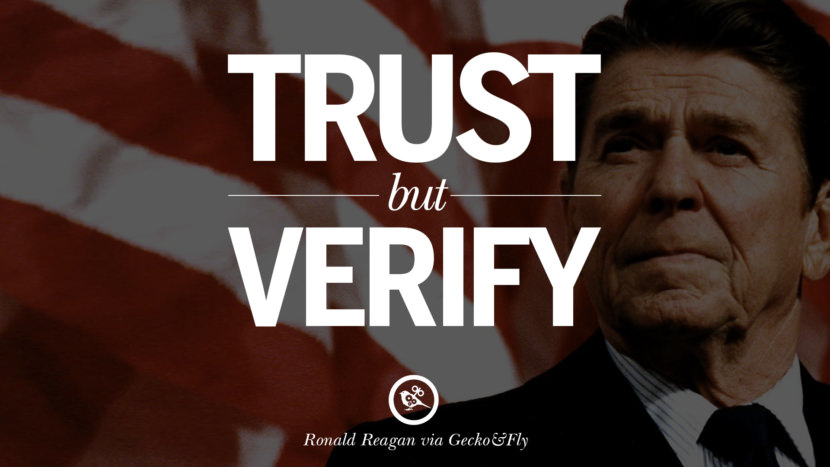 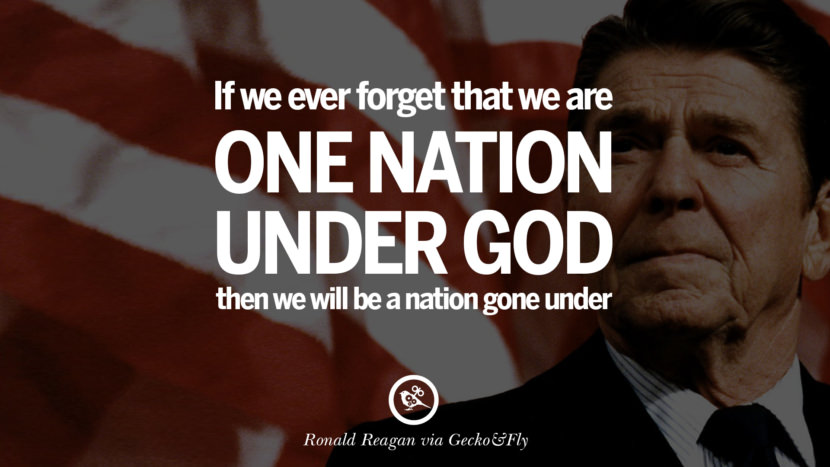 If we ever forget that we are one nation under God then we will be a nation gone under.

There are no great limits to growth because there are no limits to human intelligence, imagination and wonder. 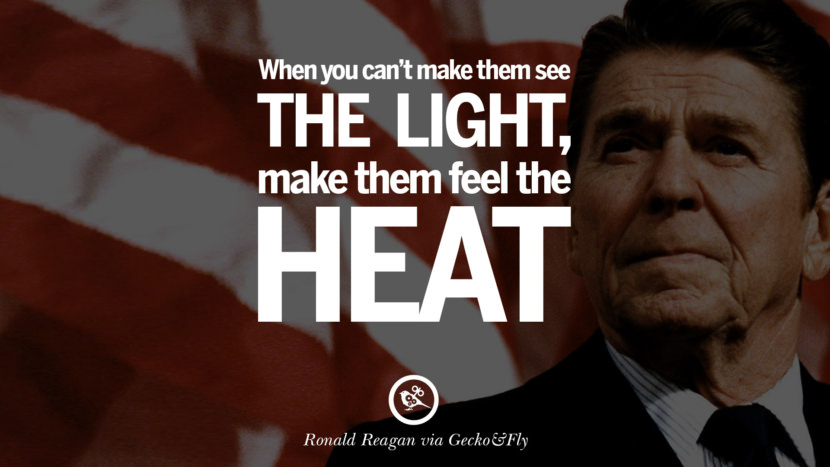 When you can’t make them see the light, make them feel the heat. 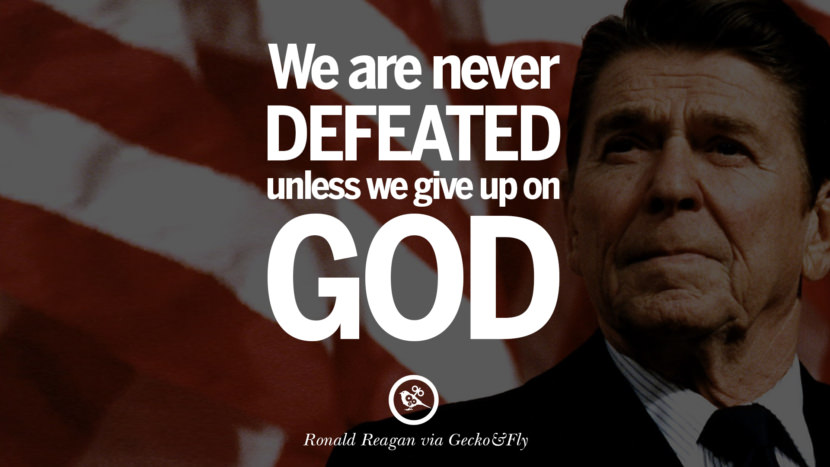 We are never defeated unless we give up on God. 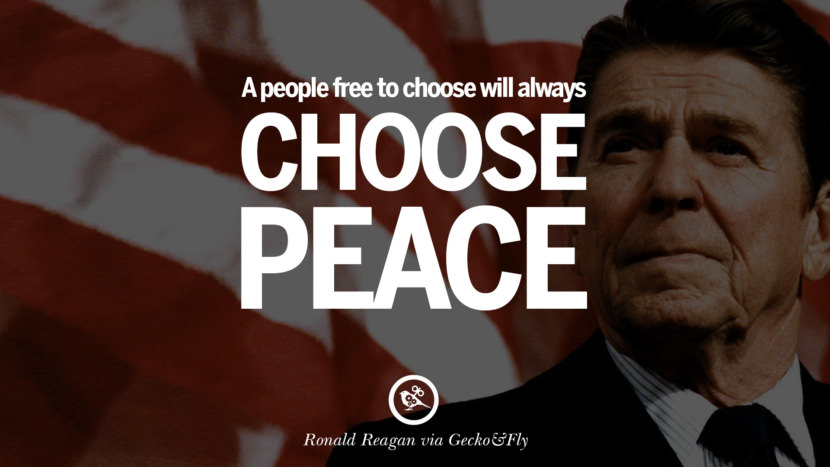 A people free to choose will always choose peace. 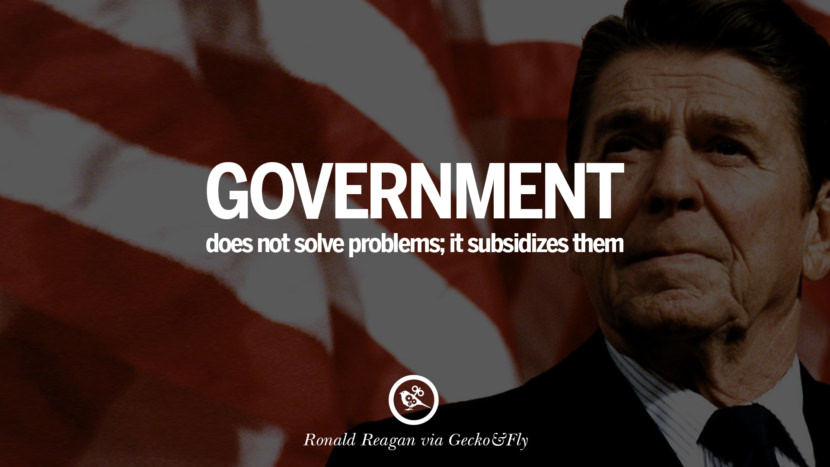 Government does not solve problems; it subsidizes them. 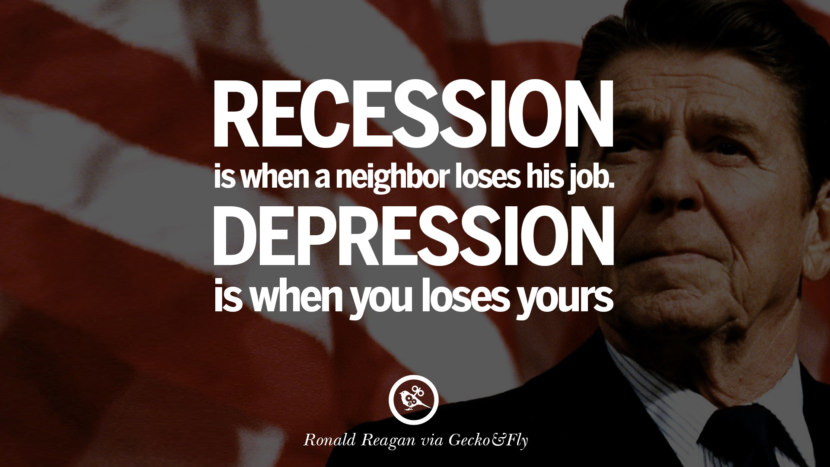 Unemployment insurance is a pre-paid vacation for freeloaders.

Man is not free unless government is limited. 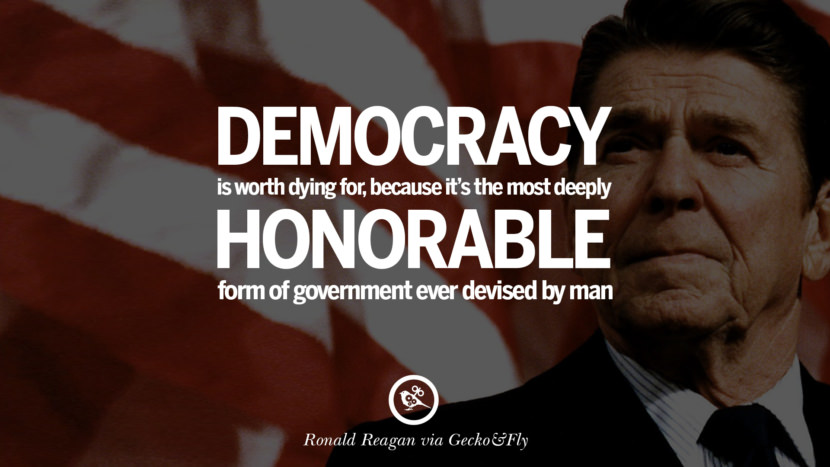 Democracy is worth dying for, because it’s the most deeply honorable form of government ever devised by man.

One picture is worth 1000 denials. 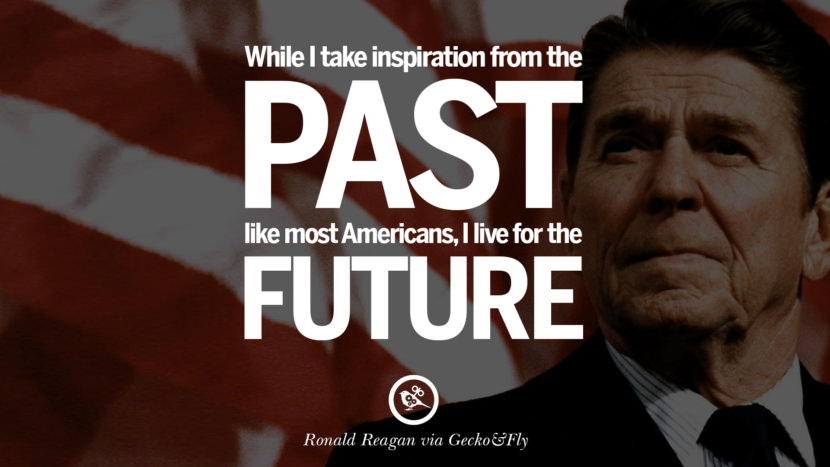 While I take inspiration from the past like most Americans, I live for the future. 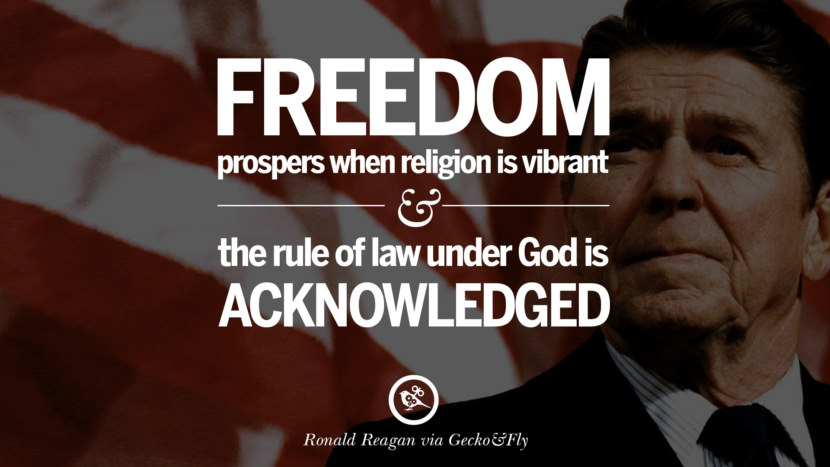 Freedom prospers when religion is vibrant and the rule of law under God is acknowledged.