How to block ISP throttling and speed up your torrents or YouTube videos? If you are on a shared network, for instance in an office or university campus, using a VPN will allow you to bypass torrent throttling, including a router’s QoS. In fact, using an encrypted VPN enables you to bypass most firewall filters imposed in a work environment or campus. Since the data is encrypted, there is no possible way for them to know what you are downloading or uploading, this includes sites you’ve visited.

Having said that, this doesn’t mean you are invisible or you’ll get away from the FBI or Police if you committed a crime online. Most VPNs keep a record of your activities, some may advertise they do not keep a log but it comes with a fine print, more often than not, they are required by law to keep all activities for 60 days or more. This is to track criminals and terrorists.

I’ve shortlisted a few VPN based on the advantages they offer, from having their own unique technology to the number of servers owned. Very useful in places such as StarBucks with Public Wifi, or library, gaming or parents that limit the house’s router downloading speed via QoS traffic management. 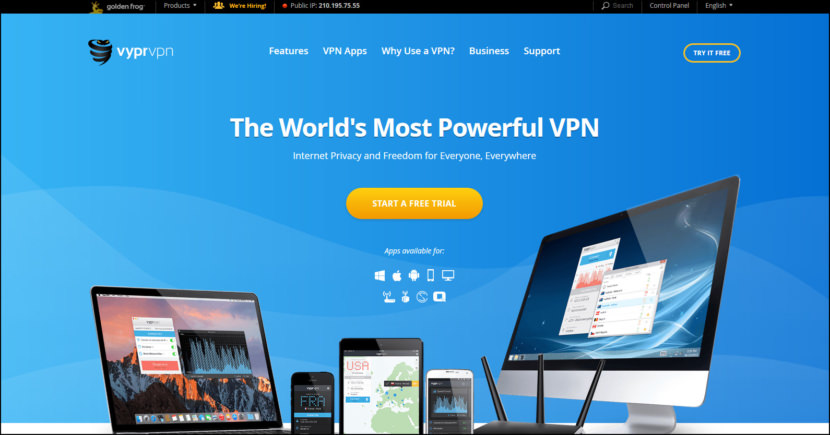 What makes VyprVPN different from the competitor is their unique technology, all VPN uses an open source technology such as PPTP, L2TP or OpenVPN. VyprVPN uses their own Chameleon technology, the one and only in the market, thus making it harder for authorities to target them.

The Chameleon technology uses the unmodified OpenVPN 256-bit protocol for the underlying data encryption. The result is that VyprVPN users are able to bypass restrictive networks put in place by governments, corporations and ISPs to achieve an open internet experience without sacrificing the proven security for which OpenVPN has long been known. 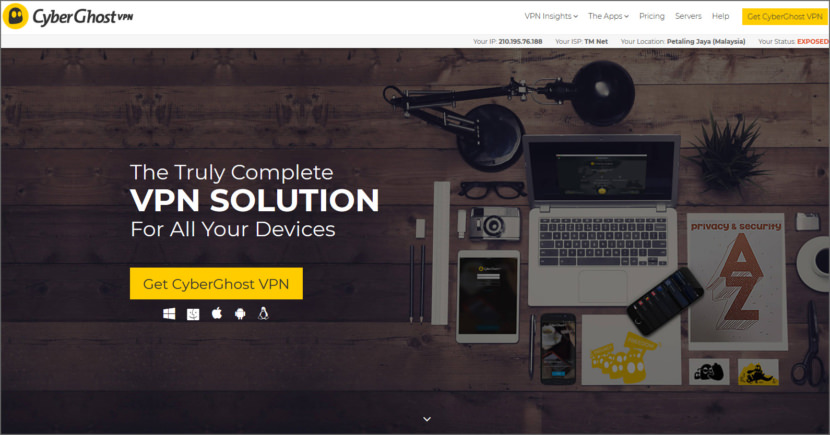 Online content was created to be enjoyed securely and from anywhere. Reclaim your right to a free Internet with CyberGhost VPN, tried and tested by 15 million users worldwide! With CyberGhost VPN, you launch both a browser session and a VPN connection, in 1 click. Your whole online journey can be anonymized, if you start it in CyberGhost.

CyberGhost VPN is 100% customizable and you can decide every aspect of your VPN experience: from specific servers to multiple features you can combine, all with the most advanced filtering and feedback options available on the market. 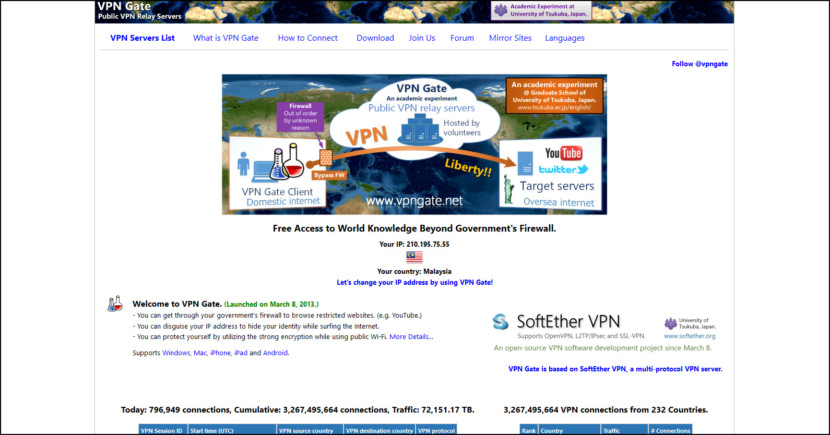 VPN Gate Academic Experiment Project is an online service for academic research at the Graduate School of University of Tsukuba, Japan. The purpose of this research is to expand the knowledge of “Global Distributed Public VPN Relay Servers”. It is kind of like Wikipedia, anyone with extra bandwidth and servers can contribute to the project, thus making it a crowd-funded project by the people for the people.

Because it uses so many different servers and the IP address kept on changing, it is very hard for authorities to track down the ever changing IP Address and block them. Unlike traditional VPN services, VPN Gate can get through most firewalls. 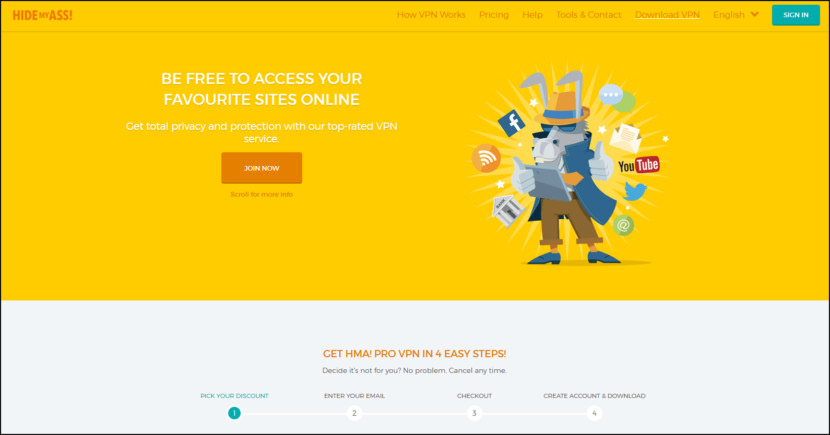 They have 800+ VPN servers in 340+ locations in 190+ countries around the world – offering faster connections and wider access to restricted sites around the world than other VPN providers. And we offer over 100000+ IP addresses – the codes from which internet snoopers can deduce a computer’s geographical location. I’ve subscribed to their service before and wasn’t too happy with it. If you are looking for coverage, HideMyAss is the biggest VPN in the market in terms of coverage.

If your intention is to bypass the Torrent P2P Block and web filter, there is no reason why you need to hide your identity via a VPN. Anonymous payment via BitCoin doesn’t work because everything you do online leaves a footprint, it may take the authority more resources to link the missing pieces. I’ve narrowed down the few essential features you’ll be comparing. The complete list can be found at That One Privacy Site – Detailed VPN Comparison Chart.