With mobile payment via Google Wallet, PayPal and Samsung Pay becoming more and more popular, it makes perfect sense for hackers to target smartphones, especially Android Smartphones. This is because Android Smartphone users are more likely to use an outdated Android with huge security holes, not to mention it is easier to download and install apps outside of Google Play Store.

Do you need an antivirus and firewall for your Android smartphones? Yes and No, it depends on how you use your device. If you use your smartphone for nothing but entertainment, it is pointless to add a layer of security software. However, if a smartphone is your gateway to the internet and you perform online banking transactions, mobile payment, online shopping and more, it is better to be safe than sorry, always install a good antivirus.

Difference Between Antivirus vs Firewall

An antivirus scans all files and processes, it will stop suspicious activities based on the signature, algorithm and A.I. A firewall on the other hand monitors the traffic between your device and the internet, it will filter and block suspicious data from passing through. Antivirus is like the police and a firewall is like the Gatekeeper.

Difference Between Root vs NoRoot Firewall

A NoRoot Firewall uses a clever way of solving the need to root your device by creating a VPN Gateway and forcing all internet traffic to pass through it. They used the technology available to them from within the VPN packaging module offered by Android to be able to gain visibility to your applications’ network activities and apply firewall rules without having to ask for root permissions like other Android Firewall apps.

However, no actual VPN connection is being made, no data is being sent externally by these application, and they do not tamper with the security of your personal data, so you can continue using your apps with peace of mind, and confidence that you will not end up with a higher than usual data bill at the end of the month. 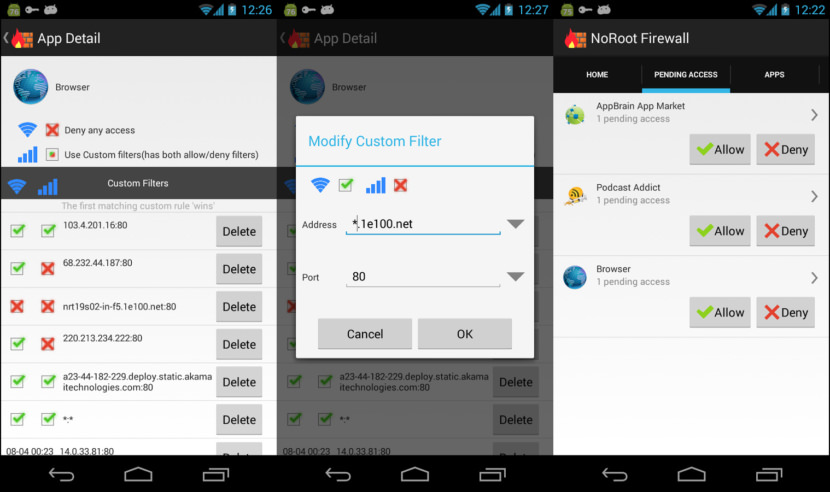 Host name/domain name filtering, simple interface, fine-grained access control and no suspicious permissions on the firewall app itself. NoRoot Firewall may not work on LTE because its NoRoot Firewall currently doesn’t support IPv6. NoRoot Firewall requires NO ROOT. It protects your personal information from being sent to the Internet. NoRoot firewall notifies you when an app is trying to access the Internet. All you need to do is just press the Allow or Deny button. 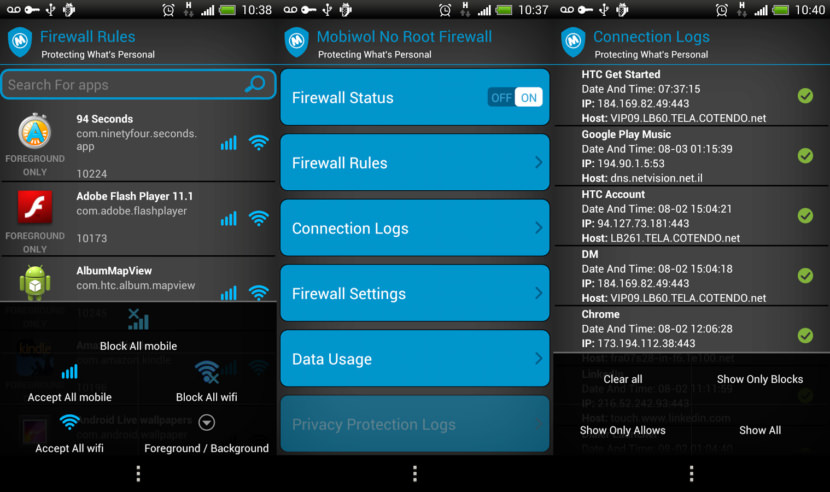 Look no further for your Android firewall. Mobiwol NoRoot Firewall can be used to save battery, reduce data usage so you stay within your data plan, and secure your privacy by limiting the network access permissions required by apps. With Mobiwol No Root Firewall you can. 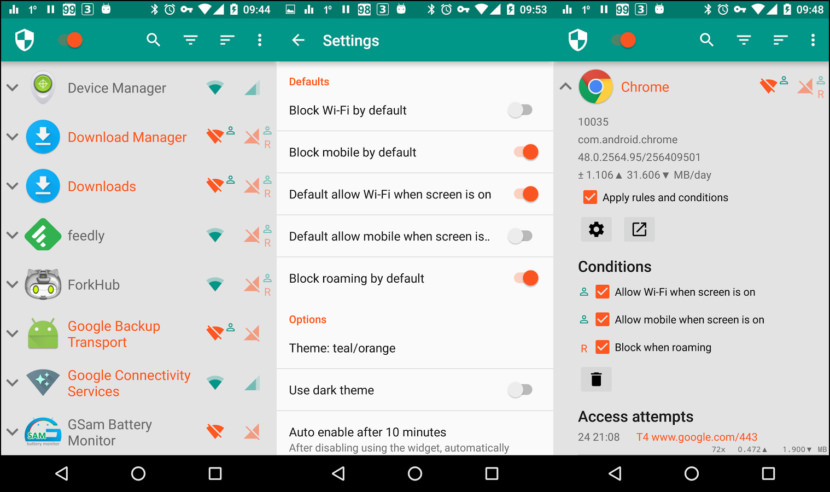 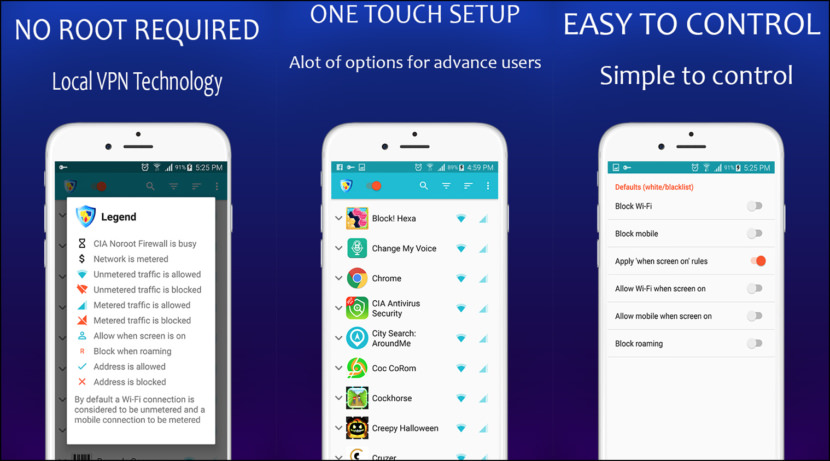 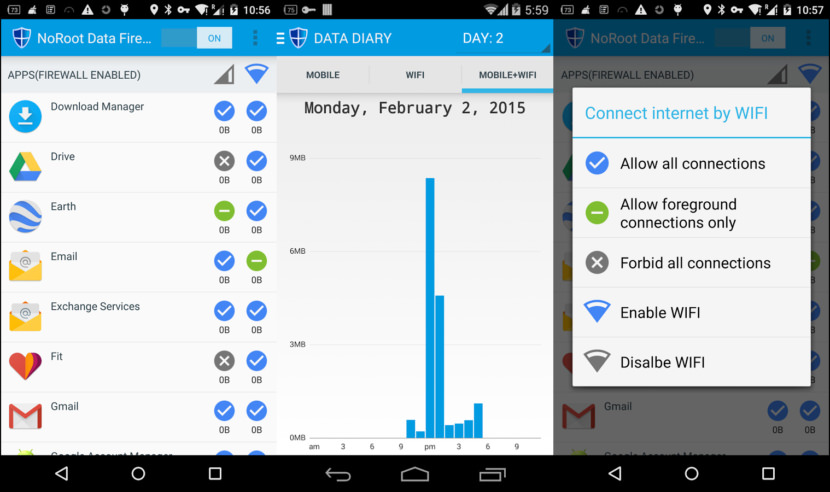 This app is based on VPN interface, which is the only way to implement the firewall on noroot devices. It works as the proxy between the common apps and the servers. The app doesn’t steal you data or send even one bit of its own.